The Tokyo Tech Rowing Club placed seventh in the men's eight category at the 44th Intercollegiate Rowing Championships held from August 31 to September 4, 2017 at the Toda Boat Course in Saitama Prefecture. 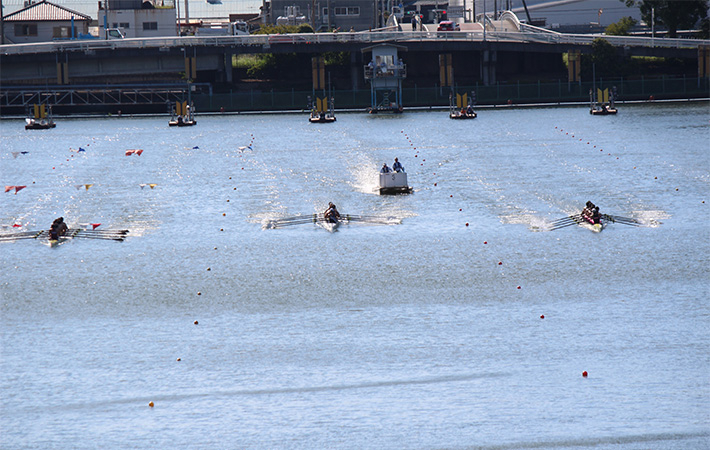 This was the first time in four years that Tokyo Tech ranked in the top eight at this competition. All other top teams were private universities with very experienced rowers. 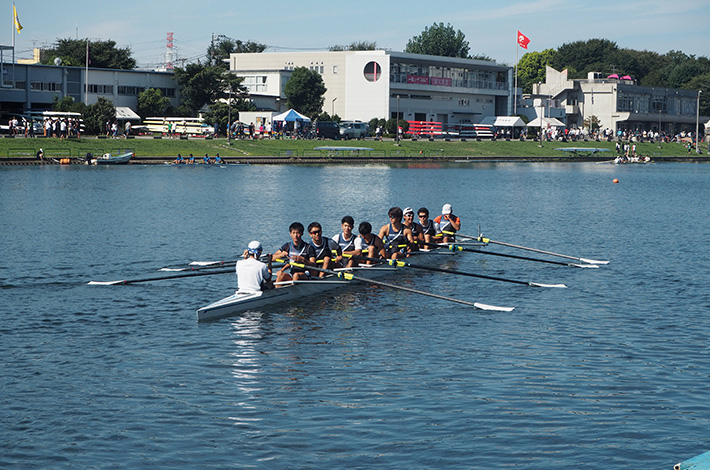 One of Tokyo Tech's goals this year was to rank as the top national university in the Intercollegiate Rowing Championships, which the team achieved. As in previous years, the competition was also an emotional turning point in the season as the most experienced 4th-year rowers retired and handed off responsibilities to their younger teammates, who must now complete the last three races of the season without the support of their seniors.

Congratulations to the men's eight team for a strong performance!

I hope I have been able to maximize everyone's abilities in the past year as captain of this team. The activities of the Rowing Club have been supported by so many, and I strongly felt that producing results would be the best way to thank them. The teams competing at the intercollegiate championships were the best in the country, and to muster the strength to beat them, we had to adopt a team mentality of "unity". I am relinquishing my captaincy, but I truly hope that the team continues to extract full potential from each of its members.

Our goal this year was to rank number one among national universities, and we practiced hard in the run-up to this event. We achieved our goal, and placed seventh in this competition, which gives me great satisfaction. I would like to thank all the members of the team for their tireless efforts, as well as the alumni and the Institute for their support.

The 4th-year students are retiring, and it is time to reshuffle the team. We have lots of hard work to do, but slowly we will grow stronger as individuals and as a unit. We will see you again next year in the intercollegiate finals. We appreciate your continued support.

A big thank you to all those who supported us. The loud screams of encouragement we heard during the race and our team spirit pushed us to seventh place in this competition.

During the final race, we were one of the dominant teams during the first 500 m. After that, however, the other universities turned up the heat, and we had to squeeze every last bit of energy out of ourselves to finish the race in seventh. It was a tough battle, and some of the rowers collapsed when it was over.

The team would not have finished the way it did had it not been for the massive support from alumni and Tokyo Tech staff. The "unity" of Tokyo Tech was undeniable on this day. 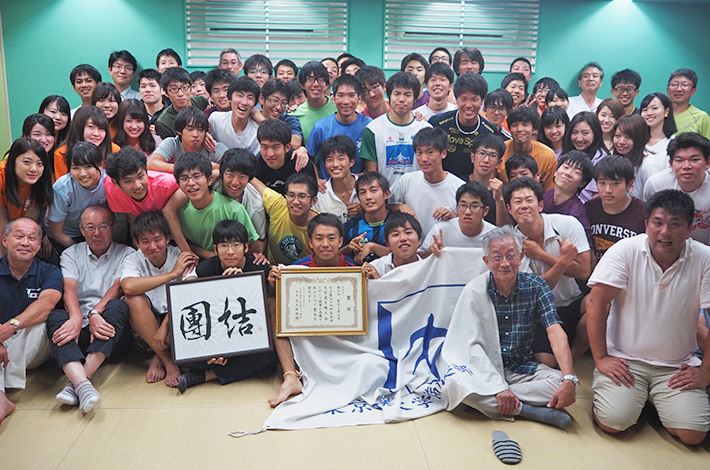 *
This article has been updated to correct a typographical error on November 6.