The East Japan Rookie Tournament is a competition for first and second-year students, many of whom have just taken up the sport. 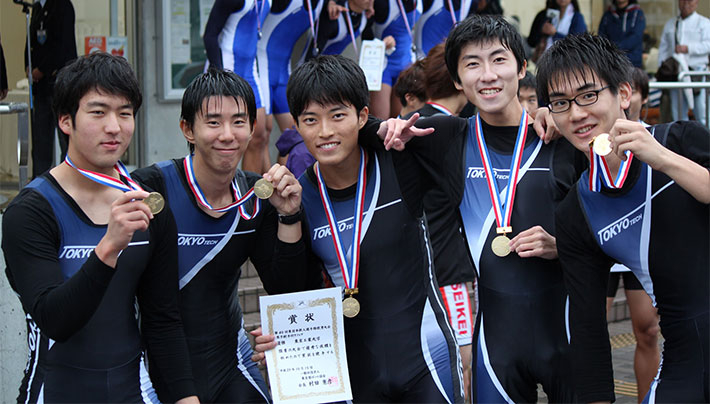 This is my second year in the Rowing Club, and my first gold medal! Managers, coaches, alumni, and so many others support and encourage me on a daily basis, and it feels great to be able to inform them of my victory. I won’t stop here though. My daily efforts to get better will continue, and I hope to enjoy this strong support in the future!

I think my nerves got the better of me during the actual race. It was great to achieve second place at the East Japan Rookie Tournament, but I felt as though we have much more in us, and we will continue with our hard work in order to produce better results in the future. I very much appreciate everyone's support.