A team of researchers led by Hideo Hosono at Tokyo Tech has shown that terahertz rays can be converted to light visible to the human eye. The finding is a breakthrough for functional materials research and could lead to the development of a new kind of terahertz detector. 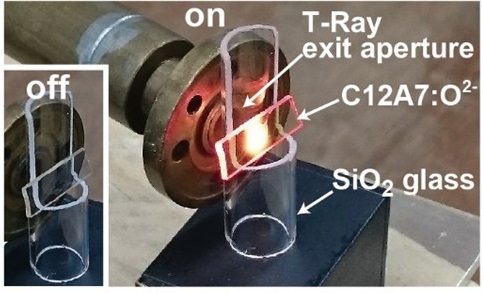 Figure 1. Representation of the crystal structure and visualization of T-rays

Top: A schematic representation of the nanoscale cages. The oxygen anions randomly occupy one sixth of the cages.
Bottom: A photograph of the emission of visible light at a terahertz radiation level of 0.21 and output power of 50 W.

Scientists have successfully visualized terahertz radiation, popularly known as T-rays, using a crystal called mayenite (Ca12Al14O33). Their method cleverly utilizes the rattling motion caused by the vibration of oxygen ions inside the cage-like structures of the crystal.

In recent years, there has been growing interest in developing practical devices based on terahertz technology. With wavelengths longer than infrared light, T-rays are considered safer than conventional imaging systems. They are already used, for example, at airport security checkpoints, and are starting to be used more widely in areas such as medical screening, food inspection and analysis of artworks. The visualization of terahertz light itself, however, has so far proved challenging.

Now, Hideo Hosono of Materials Research Center for Element Strategy, Tokyo Tech and co-workers in Japan, Ukraine and the US have devised a simple approach to convert T-rays to bright, visible light. Their findings have been published in ACS Nano.

First, the study involved beaming T-rays onto the mayenite crystal using a gyrotron1. This led to the vibration of oxygen anions2, which collide with the inside walls of the cages within the crystal. Each cage has an inner diameter of 0.4 nanometers and an outer diameter of 0.7 nanometers (see Figure 1).

Spectroscopy measurements confirmed that the visible light originated from vibrations caused by the free-moving oxygen anions. The researchers took care to rule out the possibility of other sources such as black body radiation and surface polarization as reasons behind the production of visible light.

"The crystal in our study is just composed of calcium, aluminium and oxygen, all of which are in the top five of the most abundant elements," says Hosono. "So, it's one of the most inexpensive materials, at around 15 cents per kilogram."

Despite its simplicity, Hosono says that the crystal has many exciting properties due to its nanostructure. Drawing on 20 years of research, his group has already succeeded in demonstrating that the material has excellent catalytic properties for ammonia synthesis and superconductivity.

Best known for his pioneering work on iron-based superconductors, Hosono says that the current study marks a new research direction. "Our group has been concentrating on the cultivation of new functionalities using abundant elements, but it's the first time for me to focus on ionic motion — this is completely new," he says.

The findings could lead to the development of a T-ray detector, as no such conventional detector has yet been designed.

Hosono adds: "Right now, our material is good at detecting strong terahertz radiation. The challenge will be how to adjust the sensitivity."

His group has also reported that the oxygen anions can be substituted with gold or hydrogen anions inside the cages. By making use of these different anions, it may be possible to develop detectors that emit different-colored light in future.

A device capable of generating high-power terahertz radiation. The gyrotron used in this study (called Gyrotron FU CW IV) was developed at the Research Center for Development of Far-Infrared Region, University of Fukui, Japan.

Negatively charged ions. Together with their positively charged counterparts (cations), they hold together the structure of ionic crystals.