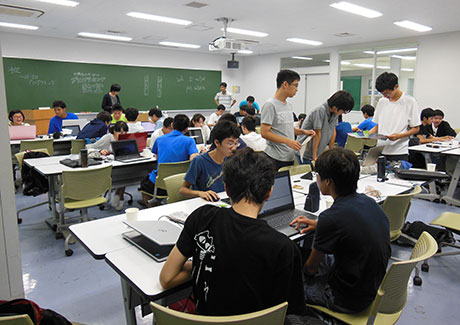 Teams focused on their tasks

The Tokyo Tech student-run workshop, aimed at youngsters with no prior programming experience, teaches the basics of code in a group work setting. This summer, close to 50 middle and high school students formed groups of four to create a simple game using JavaScript. Members of Supporterz Inc., a Tokyo-based recruitment and event planning company that hosted the previous workshop at their offices in March 2018, were again present — this time at Ookayama Campus.

After some icebreaking activities, participants began writing actual source code, with each group being supported by two members of traP. Once the framework of the game was complete, participants gave suggestions on desired additional functions and discussed how these improvements could be realized. As always, there were plenty of opportunities throughout the session to test out how the game actually reacted to its creators' commands. 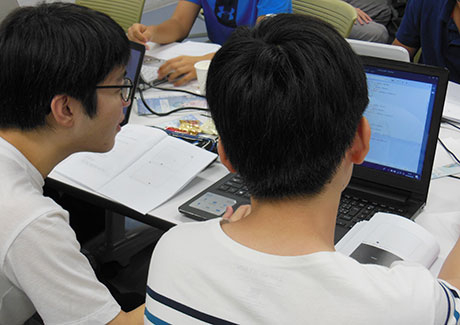 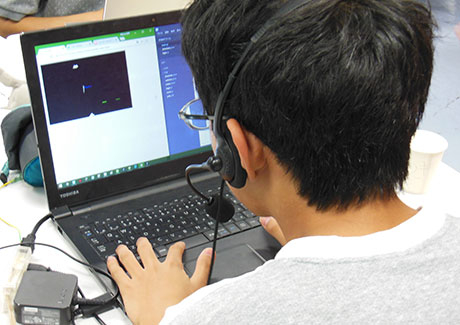 Game in trial and error phase

Many people think that learning how to code requires lots of specialized knowledge, but in fact that is not true. The aim of this workshop was to eradicate that image and familiarize more people with programming.

Interested in software development, Kamo is currently studying programming through the courses offered by the Department of Computer Science and other methods.