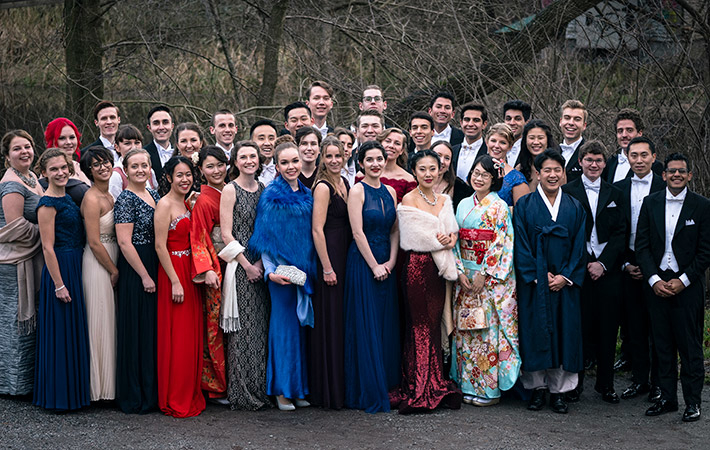 Tsuchiyama departed Japan to join other leading young scientists in Stockholm on December 4. At SIYSS, she presented her research on seismology to an audience of approximately 300 high school students, answering questions from the youngsters after her talk. At a seminar on the following day, Tsuchiyama participated in discussions and debates regarding the importance of ethics in science. 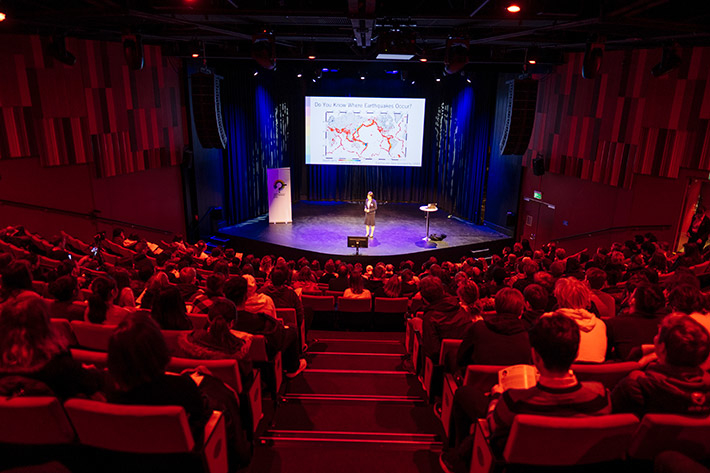 One of the highlights of the program was the chance to participation in Nobel Lectures, the Nobel Ceremony, and a rare chance to meet and speak directly with the Nobel Prize winners.

Tsuchiyama's interested in studying abroad was sparked by her participation in the Tokyo Tech-AYSEAS Program in the summer of 2017. As a result, she participated in the Georgia Institute of Technology Leadership Program the following spring as part of her Global Scientists and Engineers Course, and followed that with SIYSS in late 2018. With the confidence she has gained through these experiences, Tsuchiyama plans to embark on a longer study abroad program in the fall of 2019.

The most memorable event during this trip was certainly the SIYSS seminar. I got the chance to present my knowledge in seismology to Swedish high school students, many of whom have never experienced earthquakes due to the lack of seismic activity in the region.

My presentation focused on two questions — Where do earthquakes occur? and What are deep-focus earthquakes? After my talk, I was further able to present my research during a poster session.

There was a barrage of questions after my talk and I could really feel the deep interest of the participants at the venue. Answering questions from such varied perspectives allowed me to experience the challenge of clear communication to diverse audiences, and the sense of achievement when my message is understood. 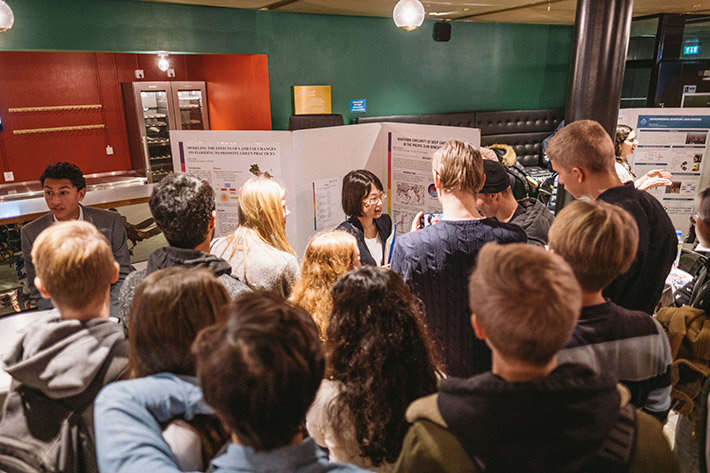 At the Nobel Prize-related events, the Nobel Lecture by Professor Tasuku Honjo, the 2018 Nobel laureate in Physiology or Medicine, was unforgettable. Witnessing the world honoring him for his tireless efforts in basic research made me proud to be a Japanese researcher.

Thanks to the SIYSS event, I learned how important it is to tackle with pride the challenges posed by one's own research. At an event where the brightest young scientists from around the world gather, a passionate, specialized approach to research is an indispensable tool. Without a doubt, my specialization allowed me to discover parallels in other fields, and to enhance my exchanges with Nobel laureates and other young scientists.

As a student of Tokyo Tech, an institution that has produced many prominent researchers, I feel that participating in SIYSS carries great significance.

SIYSS is an annual event held in conjunction with the Nobel Prize festivities in Stockholm. Each year, 25 of the world's leading young scientists present their research to each other and to Swedish university and high school students. In addition to sharing their knowledge through an international platform, participants also get to meet and mingle with Nobel laureates. This year, 25 students from 19 countries joined the seminar.

Each year, the Japan Prize Foundation selects two university students to represent Japan at SIYSS. Tsuchiyama was one of these two in 2018. Since 1987, nine Tokyo Tech students have participated in SIYSS.