Scientists at the Tokyo Institute of Technology (Tokyo Tech) investigated a material that uses sunlight for splitting water molecules (H2O) to obtain dihydrogen (H2). Since dihydrogen can be used as clean fuel, this study provides relevant insight for researchers dealing with clean energy generation. 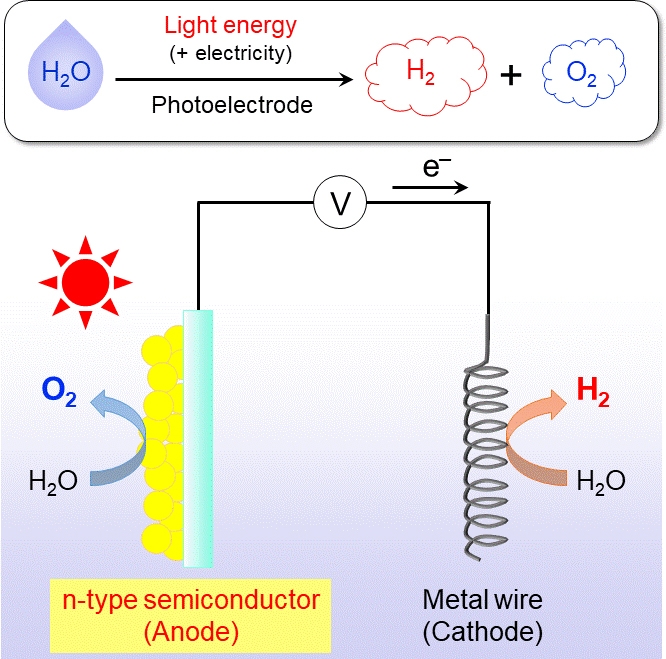 Water can be split to obtain H2 and O2 by applying a low voltage in a circuit like the one shown in the figure by using an appropriate photoanode material. The H2 generated can be used as clean fuel, meaning that photoelectrochemical water splitting is a way to harvest solar energy.

In line with the increasing global concerns about the state of our planet, perfecting the technology for alternative energy generation has become a hot topic among researchers worldwide. Among the many techniques being investigated to generate clean energy, water splitting is a very promising one. In particular, water (H2O) can be split to obtain dihydrogen (H2) by using solar energy; this is known as photoelectrochemical water splitting. Dihydrogen can be used as clean fuel for other machines or to generate electricity, which means that improving our water-splitting techniques is a guaranteed way to reduce our carbon emissions and alleviate global warming.

How does photoelectrochemical water splitting work? In short, as shown in Fig. 1, one way to do it is to use a certain type of semiconductor material, which is called the photoanode, and connect it to a small voltage source and a metal wire, which acts as the cathode. When exposed to sunlight, water is divided into its constituting atoms on these two ends; the constituent atoms recombine to form the useful H2 and O2 as a byproduct. The crucial step here is finding stable, high-performance materials for the photoanode because the oxidation sub-step, which involves the formation of O2, is the most difficult one.

Unfortunately, most research has focused on a class of photoanodes called oxynitrides, which suffer from instability and degrade relatively quickly because they are prone to oxidize when illuminated by light. To address this issue, a team of researchers from Tokyo Tech led by Prof. Kazuhiko Maeda focused instead on another type of photoanode material, an oxyfluoride with the chemical formula Pb2Ti2O5.4F1.2. This compound does not suffer from self-oxidation due to its electronic properties.

While this oxyfluoride has been reported to be promising for many other applications, there were no studies on its photoelectrochemical performance as a photoanode for water splitting. The research team studied this compound under various lighting and applied-voltage conditions, and found that, to use it as a photoanode, it is necessary to modify its surface with other compounds. First, a layer of titanium oxide (TiO2) has to be deposited on the surface of the oxyfluoride to increase the photocurrent generated by the water-splitting reaction. Then, the performance of the photoanode can be greatly enhanced by further coating it with cobalt oxides (CoOx), which penetrate through the cracks in the TiO2 layer and promote the desired reaction. "Post-modification of the photoanode with a water-oxidation promoter has proven to be indispensable to attaining stable performance in most cases," remarks Prof. Maeda.

The researchers performed several experiments to characterize their photoanode and its performance for water splitting under a variety of conditions, such as under different types of light and different voltage and pH values (which is a measure of the acidity of water). Their results are promising (Fig. 2) and very useful to point other researchers toward the right direction. "So far, oxynitrides and similar compounds have been viewed as promising but difficult-to-handle materials for photoanodes because of their inherent instability to self-oxidation. Pb2Ti2O5.4F1.2 represents a long-awaited breakthrough in this regard," concludes Prof. Maeda. Water splitting technology may be crucial for meeting our energy needs without further harming the environment, and studies like this one are essential stepping stones to reach our goals for a greener future. 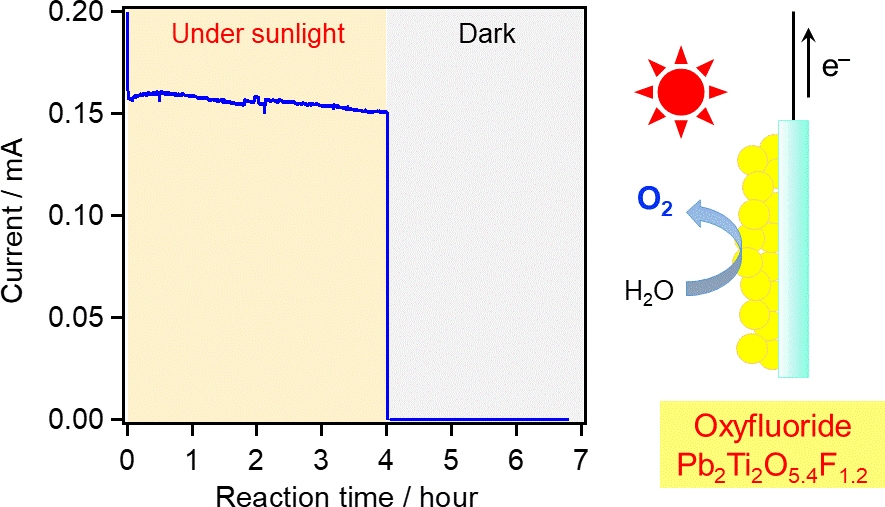 Figure 2. Performance of the proposed photoanode

The oxyfluoride compound Pb2Ti2O5.4F1.2 appears very promising as a photoanode after appropriate surface modifications. The graph shows the generated current under sunlight, which directly translates to the generation of H2 on the cathode on the other side of the circuit. 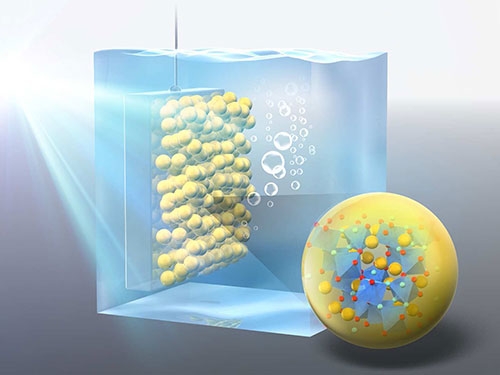 Figure 3.
Schematic illustration of photoelectrochemical water splitting on Pb2Ti2O5.4F1.2 electrode.
Appeared in the journal as the graphical abstract.