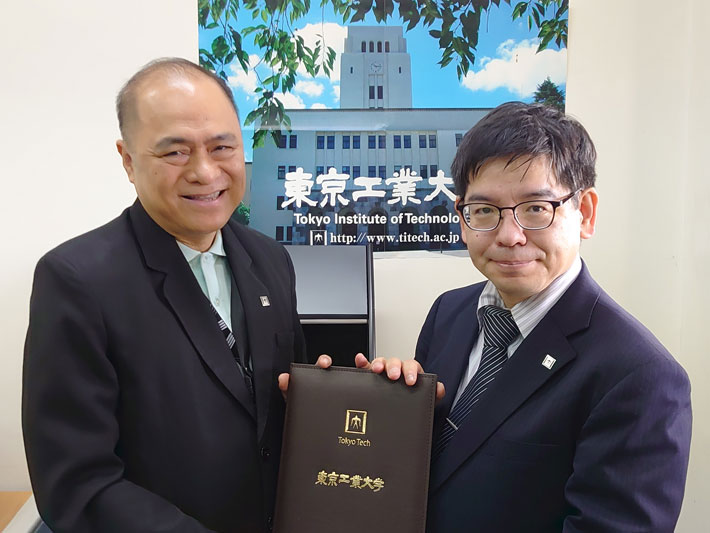 At DLSU, Gallardo has served in various roles over the years, including as associate vice president, associate vice chancellor, and technical advisor in the Office of the President and Chancellor.

Nishizaki expressed appreciation for Gallardo's ongoing cooperation in education and research activities as a member of Team Tokyo Tech. He added, "We look forward to his further efforts to deepen cooperation between Tokyo Tech and the Philippines."