Four Tokyo Tech students comprising Team NaruseJun have won the Security Contest Capture the Flag (SECCON CTF) 2019 International, held in Tokyo on December 21 and 22. The team, which finished second in last year's contest, has been acknowledged with an award from the Ministry of Economy, Trade and Industry. 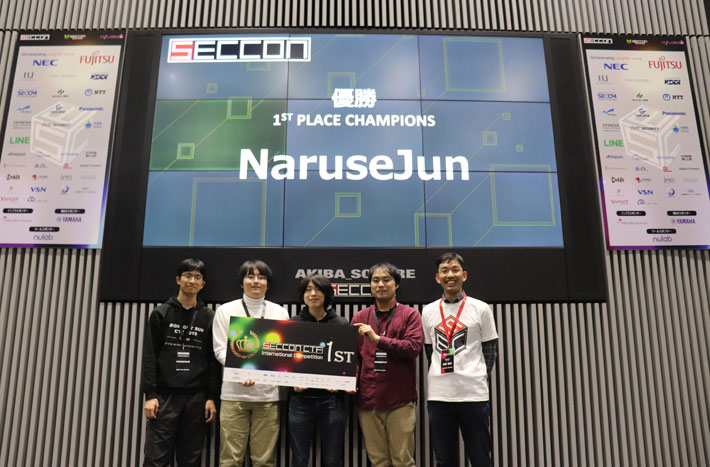 SECCON is a cybersecurity contest that aims to uncover and nurture the best information security talents around the world. The CTF portion is a hacking contest that tests the comprehensive security skills of teams through both attack and defense perspectives.

The international version of the CTF contest has been held since 2014. A total of 2,347 participants from 64 countries and regions joined the preliminary rounds of the contest in October 2019. Fourteen teams of four members each from Japan, China, Korea, Russia, Ukraine, Taiwan, Poland, and Thailand reached the finals.

Fujiwara, Fukunari, and Takayama are all current members of the Digital Creators Club traP, an official Tokyo Tech student club. Kuroiwa is an alum of the student club. 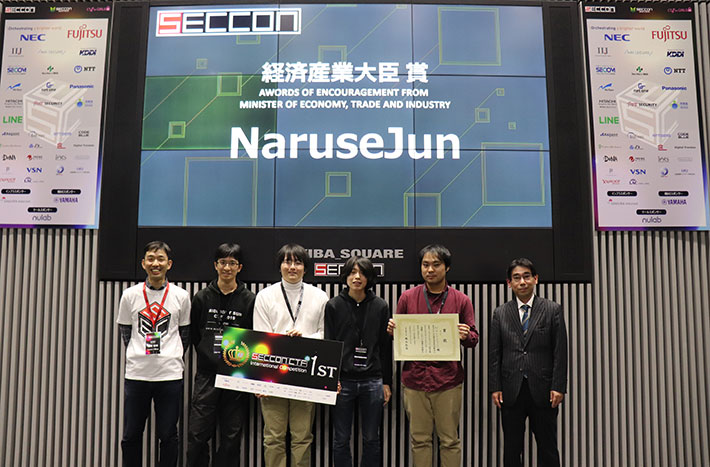 I am very pleased that we emerged victorious at SECCON CTF 2019, one of the world's top cybersecurity contests. This was the second time a CTF team made up of traP members joined the international version of the contest. Last year, we finished second, which was a bittersweet result. With our victory this year, I feel our team has really grown.

At Tokyo Tech, I focus mostly on software engineering research. The other members of the team also study various areas of computer science, and I feel we achieved this result because we were able to utilize the diverse knowledge and experience of all our team members.