Professor Emeritus Naohiro Yoshida, a specially appointed professor at the Earth-Life Science Institute, Tokyo Institute of Technology, was awarded the Miyake Prize for his research on atmospheric chemistry and biogeochemical material cycles traced by innovative measurement of isotopic substituted molecules. 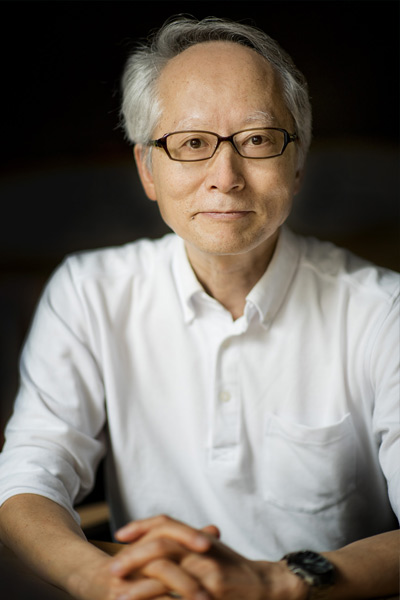 "We have developed a method to accurately measure the natural abundance of various isotope molecules and estimate the origins of those molecules to deepen our understanding of the global environment, the origins and evolution of the Earth and life," explained Prof. Yoshida.

This is not the only way Prof. Yoshida has advanced science: he has a long track record of outstanding research. He was the first in the world to measure the isotope ratios of the inorganic molecule nitrous oxide (N2O), confirming its large contribution towards global warming and ozone depletion. He also conceived a new method of measuring hydrocarbons and low molecular weight amino acids. This led to important discoveries of the origins and processes of biomarkers such as metabolism in organisms, biological and abiotic decomposition processes in their formation, and inorganic synthesis.

Despite all of his success, Prof. Yoshida remains humble. "I have received a very honourable award for my work."

The Miyake Prize was originally awarded by the Geochemistry Research Association, both of which were established in 1972 by Dr. Yasuo Miyake (1908-1990).

"Dr. Yasuo Miyake is one of the world's founders of the field of environmental radioactivity in the oceans and atmosphere, and became seriously involved in the study of radioactive contamination in Daigofukuryu Maru after the 1954 Bikini incident," Prof. Yoshida says of the prize's namesake.

"He is a well-known researcher who has studied radioactive contamination, has promoted geo- and cosmo-chemistry, and has always been highly respected. It is a great honour to receive such a renowned researcher's crown prize."

In 2018, the Miyake Prize was transferred from the Geochemistry Research Association to the Japan Geoscience Union (JpGU) and is its only academic award lacking age restrictions on recipients. Once every two years, outstanding, innovative and internationally acclaimed researchers in the field of materials science or earth and planetary science are recognised for their contributions.

JpGU was founded in 2005 after the first Geosciences Meeting held at Tokyo Institute of Technology's Ookayama Campus in 1990. Combining around 50 academic societies, it is the largest academic organisation of earth and planetary science and related fields. Representing Japan in the international arena, JpGU has partnerships around the world with associations such as the American Geophysical Union (AGU), the European Geoscience Union (EGU) and the Asian Oceania Geoscience Society (AOGS).

The JpGU-AGU joint meeting ― at which the Miyake Prize award ceremony was to take place ― was scheduled to be held in Makuhari in May 2020, but due to the coronavirus pandemic, the conference is postponed until July and will be conducted remotely.

Despite these setbacks, Prof. Yoshida remains pleased and looks forward to receiving the Miyake Prize. "This year, the prize was scheduled to be awarded at the 30th memorial and JpGU-AGU joint meeting. The details of the award ceremony are not clear yet, but since it will be conducted safely in terms of time, place, method, etc., it will be a great honour no matter what the form is."

"Of course, winning the Miyake Prize was not something I could do by myself. It was also thanks to all the support from my colleagues and laboratory staff, students, many collaborators in Japan and abroad, and our university faculty and staff. I would like to explicitly thank you all."