Skipper Okada and crew member Suzuki, who will compete in the Snipe* class of the competition, will be joined by some of the best student sailors from powerhouse universities around the country. It will undoubtedly be the toughest sailing test yet for the Tokyo Tech boatmen.

Okada and Suzuki earned their place in Japan's top student sailing race by putting in outstanding performances in the qualifying rounds, held on September 19 and 20 at Morito Coast in Hayama, Kanagawa Prefecture. Based on total points earned, the Tokyo Tech duo and 17 other pairs were selected for the November finals. Okada and Suzuki also finished 10th out of 72 boats at the 85th All Japan Intercollegiate Sailing Championships, a team competition held from November 1 to 3. 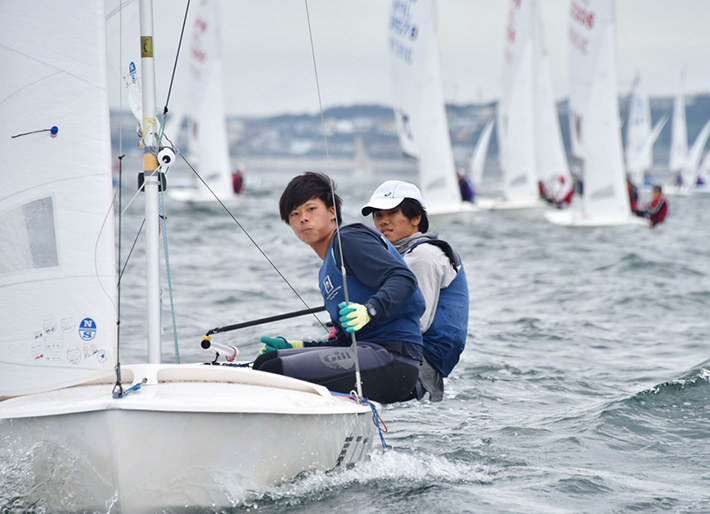 Comments from the pair

We are truly honored to compete on the nationwide stage in the individual competition, especially because Tokyo Tech also recently qualified for the All Japan Intercollegiate Sailing Championships, a team competition. This individual contest will be our last as students, but we look forward to seeing how we can utilize what we have learned in the future.

We will be able to sail full on until late November. Staying active this long with extracurricular activities is relatively rare for fourth-year students, and we want to thank our academic supervisors for their understanding. After this last race, we can retire from the club without any regrets and direct our enthusiasm towards future research activities.