Tokyo Tech has launched an English version of the popular Introduction to Computer Science and Programming massive open online course (MOOC) that was originally offered in Japanese on the edX platform. 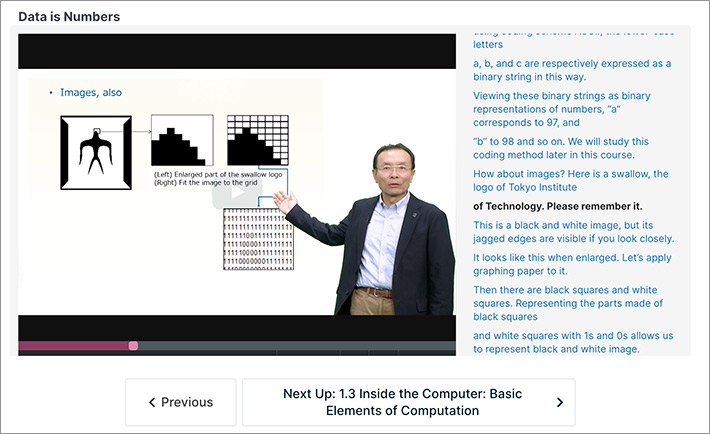 The course covers the basics of computer science while allowing participants to practice writing code using Ruby, an open source programming language that was developed in Japan. Aiming to shine a light on the world of computer-based computation, the course is designed for high school students, university students, and anyone else who wants to begin learning computer science. The final lectures in the course go over some typical applications of computation in modern society — simulation, data mining, and artificial intelligence.

Introduction to Computer Science and Programming, taught by Tokyo Tech Executive Vice President for Research Osamu Watanabe, was originally launched in August 2019 on edX. In the newly released version, Dr. Watanabe is again a central figure, teaching in English to reach a global audience.

Video lectures and exercises from Introduction to Computer Science and Programming can also be viewed on YouTube. 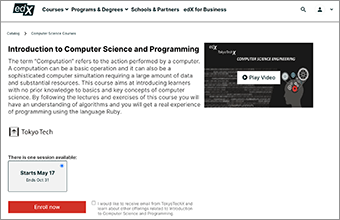 Enrollment portal for Introduction to Computer Science and Programming MOOC 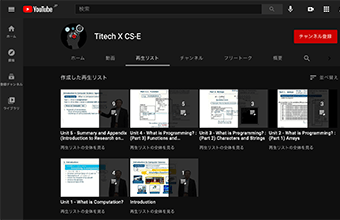 The emergence of COVID-19 in 2020 has resulted in an explosive increase in MOOC students, with participant numbers rising by 60 million in a single year. Since joining the edX platform in October 2015, the Institute has now released ten unique MOOCs under the name TokyoTechX, which have been studied by over 100,000 students in more than 200 countries and regions.