Following the success of two joint workshops host by Nanyang Technological University (NTU Singapore) and Tokyo Tech in February and November 2016 respectively, researchers from both institutions gathered at Nanyang Executive Centre in Singapore from September 11 to 12, 2017 for another forum aiming to strengthen collaborative ties. 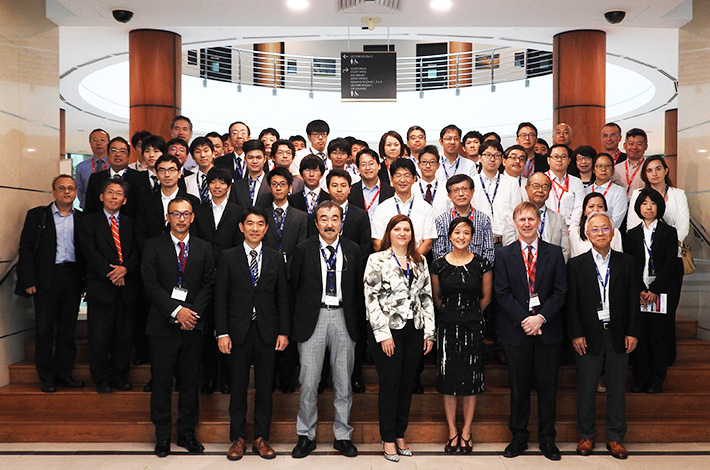 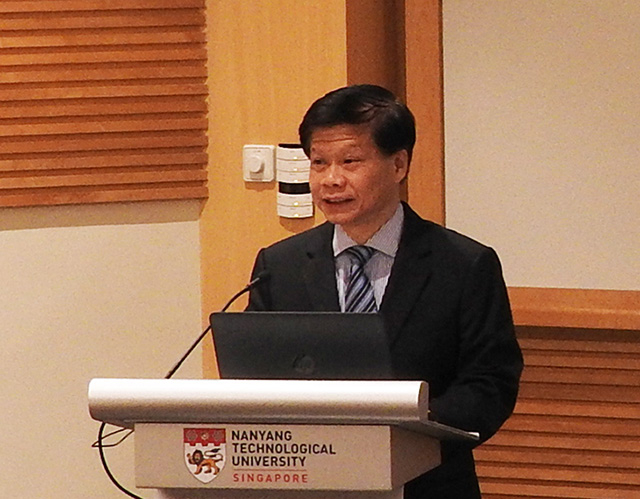 The forum started with a welcoming address given by Professor Lam Khin Yong, acting provost as well as Chief of Staff and Vice President (Research) of NTU, in which he expressed hopes that the forum would serve as a platform where the two parties materialize their ideas for collaborative research and become further involved with related industries.

NTUitive Chief Executive Officer Dr. Lim Jui spoke in his presentation about the NTU subsidiary's aims regarding commercialization of technology, networking and financing for entrepreneurship, and other activities. Dr. Magli Bonnier, Global R&T director of Croda International, and Dr. Pae Wu, director of the US Office of Naval Research (ONR*), also introduced their organizations and discussed domestic and overseas partnerships.

*
ONR is an organization within the United States Department of the Navy that provides funding through grants and contracts to scientists, technologists, and engineers for research through a wide variety of academic, commercial, and non-profit organizations. 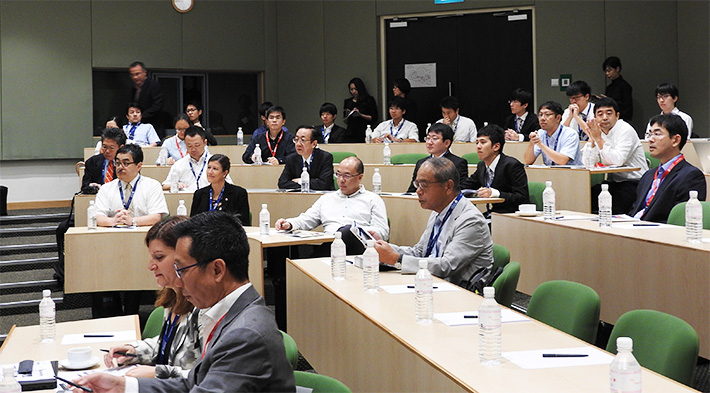 Professor Tim White of NTU and Ohtake of Tokyo Tech gave presentations focused on research funding, a significant issue when conducting collaborative research. They talked about funding opportunities and their institutions' efforts and achievements regarding collaboration with industry in Singapore and Japan. 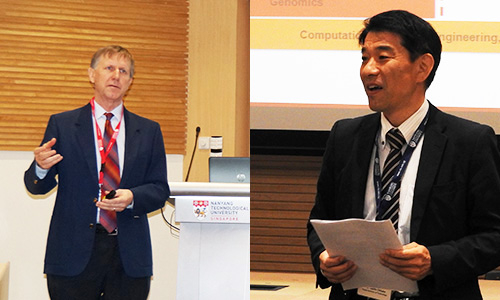 In simultaneous breakout sessions, each of the four groups - new molecular chemistry, hydrogen energy, recycling of materials and separation of elements or nuclides, and engineering technologies for combating infectious diseases - held in-depth discussions on possible academia-industry collaboration and funding opportunities after learning about each other's most recent research activities and programs.

Each group shared their discussion summaries, including the progress of collaborative research projects already being conducted and possible research topics, faculty and student exchange, and plans for research funding applications. 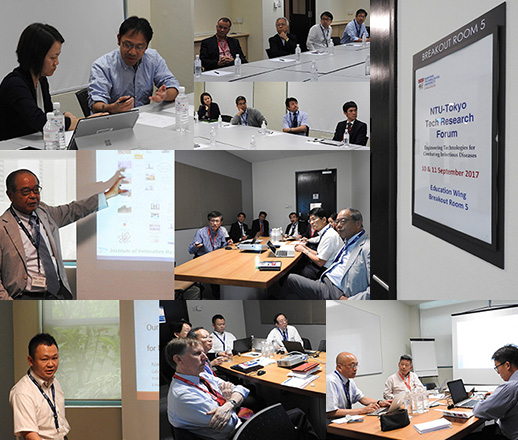 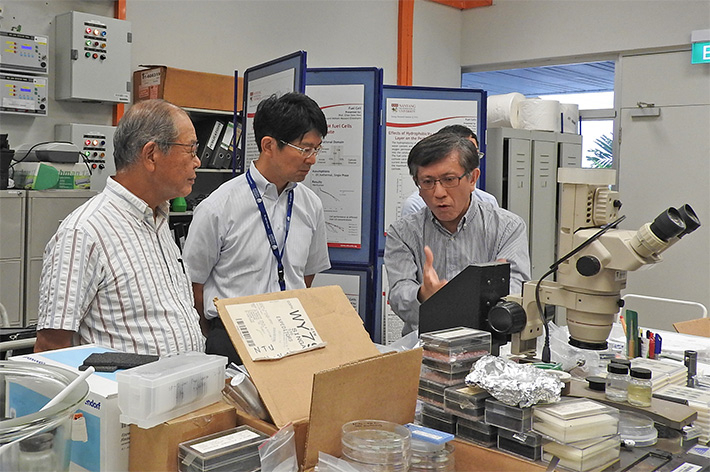 In his closing remarks, Ando expressed his appreciation to the participants for all their effort and support, especially Lam and White of NTU and Mizumoto and Ohtake of Tokyo Tech who worked hard to organize this forum, the outcome of which Ando expects will further boost active cooperation between the two institutions.

The forum concluded with a meeting between Tokyo Tech and NTU senior management staff, including President Bertil Andersson of NTU. They exchanged views on broad topics such as governance of universities and educational reform, and plans to conclude a research collaboration agreement as the next step toward strengthening collaborative ties.