The Tokyo Tech Sailing Team have made history by finishing fourth out of 24 teams in the Snipe1 class at the 85th All Japan Intercollegiate Sailing Championships, held at the Wakayama Sailing Center and Wakaura Bay in Wakayama Prefecture from November 1 to 3. The three participating Tokyo Tech pairs, representing the Institute at this competition for the first time in 33 years, raced six times during the three-day event. Each pair finished in the top nine at least once, helping Tokyo Tech achieve this outstanding team result.

On November 6, the sailing team returned to Ookayama Campus to report their results to Tokyo Tech President Kazuya Masu personally. 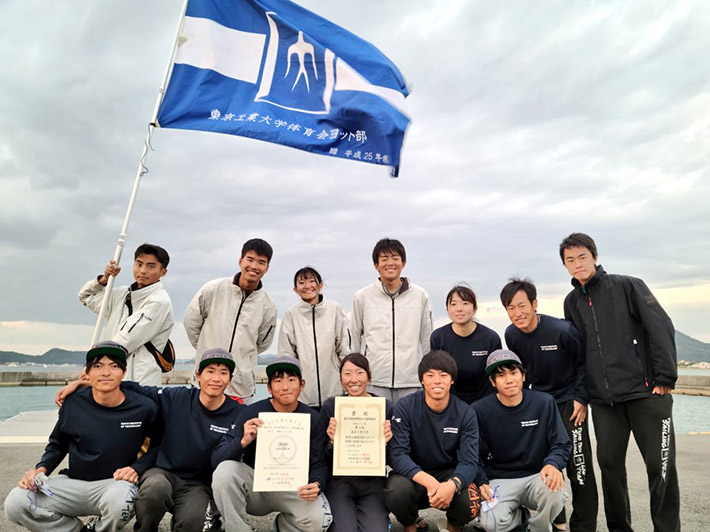 The Snipe is a two-person sailboat where the skipper manipulates the rudder and mainsail while a crew member works the jib. The three Tokyo Tech pairs at the national competition were as follows:

Build-up to the finals

The seas at Wakaura Bay offered a new challenge for the Tokyo Tech Sailing Team, who are used to practicing in Hayama, Kanagawa Prefecture. The days before the first race day were also tough.

After packing three Snipes into a truck, the team left Kanagawa on October 28. They drove across Japan for 14 hours and arrived at Wakayama Sailing Center the following morning. The three pairs took advantage of their early arrival and practiced in the afternoon on October 29 and throughout the next two days. Unlike in Kanagawa, the direction and strength of the wind in Wakayama changed rapidly, and the state of the waves in the bay, surrounded by land on three sides, was often difficult to read. 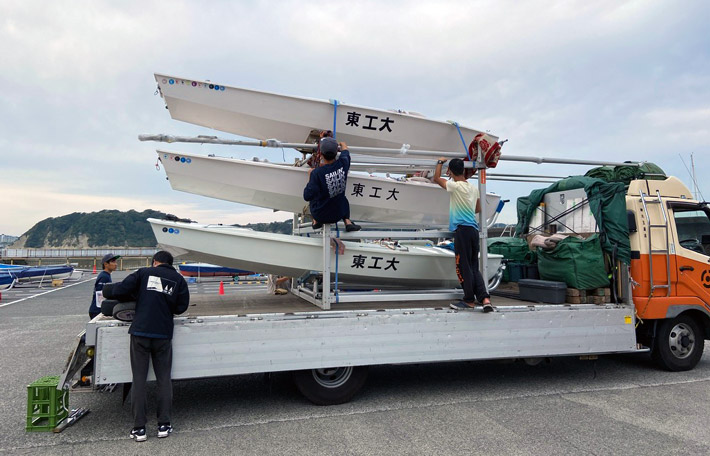 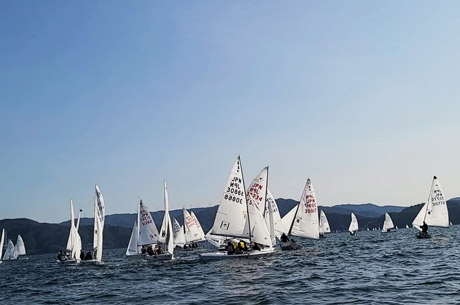 Practice with other university teams at championship venue 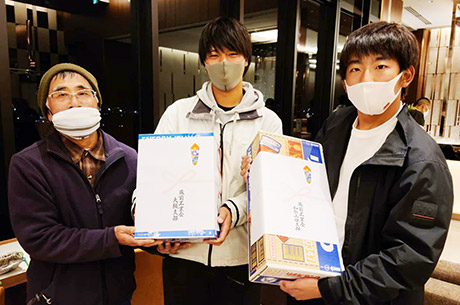 Day One was beautiful but lacked wind, and therefore only the first race was completed. Tokyo Tech's three boats broke into provisional sixth place overall out of 24 universities. 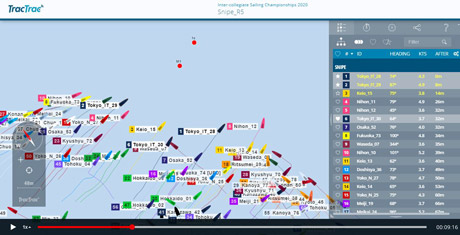 In terms of weather, Day Two was a stark contrast to Day One, with cold rain and unstable winds throughout the day. Four races were completed. In the second race, Kitajima and Aoki finished in 8th place. In the fourth race, Okada and Suzuki came in 4th place. Hagiuda and Ido, who struggled in the second and third races, managed to regroup and did well to finish 5th in the fifth race, in which the three boats of Tokyo Tech finished 2nd as a team. After the second day of racing, Tokyo Tech was still in provisional 6th position overall. 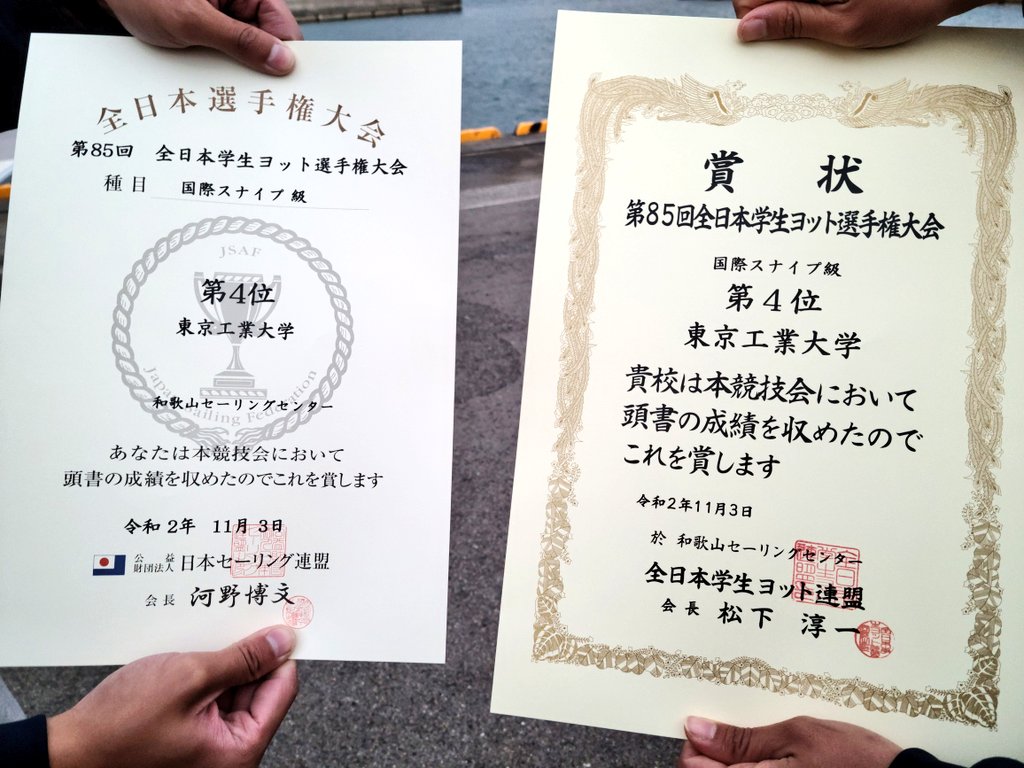 The competition culminated in one final race on Day Three. Conditions were again unstable. Team Tokyo Tech finished the final day in 2nd overall, with Okada and Suzuki crossing the finish line in 10th place.

After the points were tallied up and it was all said and done, Tokyo Tech defeated some of the strongest sailing universities in Japan. The Institute finished in fourth place, losing only to Waseda University, Nihon University, and the National Institute of Fitness and Sports in Kanoya.

Tokyo Tech had not participated in this competition for 33 years, so it was a leap into the unknown for all of us. However, thanks to the generous advice and support we received from many people, we were able to end our four-year sailing journey at Tokyo Tech with this great result. We are proud of our 4th-place finish, and would like to thank everyone involved from the bottom of our hearts. In return for this wonderful experience, we would like to continue as active alumni members and contribute to the growth of the Tokyo Tech Sailing Team. 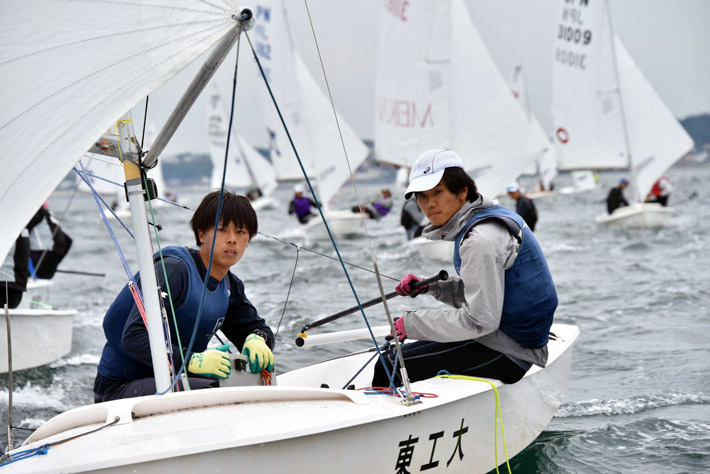 Last year, the goal of the Tokyo Tech Sailing Team was to advance to the Kanto Intercollegiate Student Sailing Competition finals. This year, the goal was to achieve a top finish in that competition and to make the cut for the All Japan Intercollegiate Sailing Championships. There were times when it was difficult to maintain motivation due to the need to self-isolate, but we devised ways to boost the spirit of the team, such as holding study sessions online. We did this well in the national championships because of the entire team's strong desire to win. Shiun Aoki was the only 3rd-year student to participate in this competition, and he will be the team leader next year. The goal of the new team will again be to qualify for the All Japan Intercollegiate Sailing Championships. We will give it our all and look forward to your support. 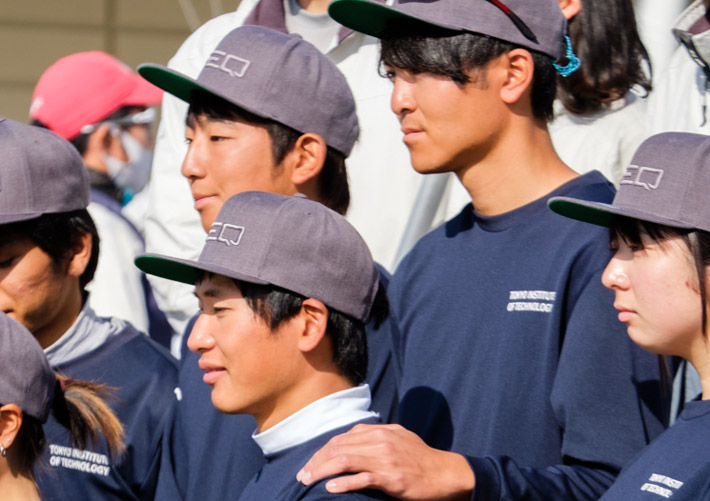 Aoki (front, 2nd from right) with Kitajima's hand on his shoulder

We were one of only 10 mixed pairs out of a total of 72 pairs in this competition, and it was great to contribute to the team by beating some of the top male-only boats. Our supporters and all the team members helped each other out, not just during the races, but also during other tough times, and we acknowledge and deeply appreciate the importance of our colleagues. We were able to join a major competition before retiring from the club, and finishing fourth overall brings us great joy. We look forward to applying the experience we have gained to our future research and lives, and feel a deep sense of gratitude towards all those who supported us. Thank you! 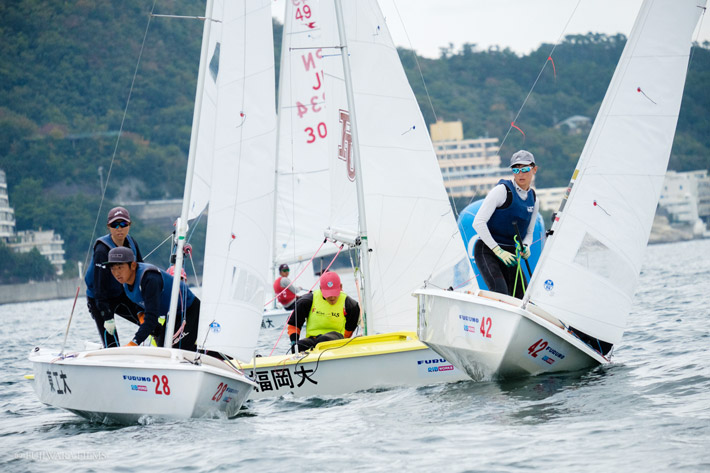 Hagiuda (behind) and Ido in boat on left

Celebratory meeting with the president

Accompanied by club advisor Akira Otomo, a professor at the School of Materials and Chemical Technology, and sailing team alumni Yoshitsugu Shiraki (Class of 1977) and Kojiro Umene (Class of 1981), the Tokyo Tech Sailing Team officially reported their results to President Kazuya Masu and Executive Vice President for Education Tetsuya Mizumoto on November. 6.

Team captain Suzuki explained the results of each competition in the fall of 2020 and pointed out the differences between the Snipe and 4702 classes. He also highlighted that the entire team had no sailing experience before joining the Tokyo Tech Sailing Team.

Vice-captain Ido explained to the president the flow of the national championships from the first to the last day. He described the tough weather conditions in Wakayama, and explained that Tokyo Tech's 4th-place achievement after a 33-year break from the competition had a great impact on various fronts, including the sailing-related media.

Sailing team alumnus Shiraki also noted the excitement around the team's results and reiterated the importance of continued support for the club. President Masu offered his thanks and congratulations to both the team and the alumni group supporting the sailors. 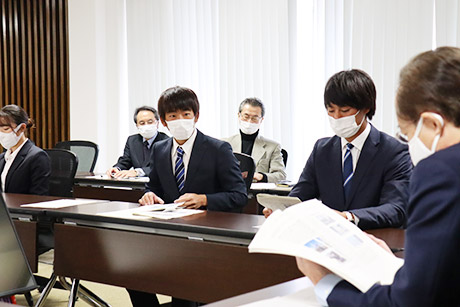 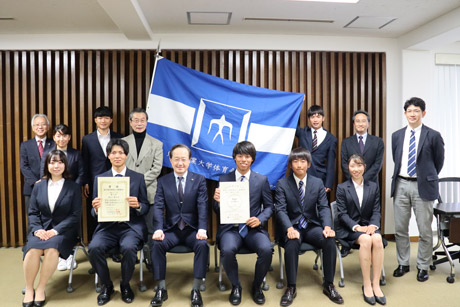