Digital Creators Club traP, an official Tokyo Tech Student Club, hosted another successful programming class for middle and high school students on March 20. This was the eleventh workshop by traP after they began introducing youngsters with no prior programming experience to the basics of code in 2016.

The spring 2022 event was held online in collaboration with Supporterz Inc., a Tokyo-based recruitment and event planning company that has become a regular backer of the biannual event. Twenty-three middle and high school students joined in the fun, forming small teams with their Tokyo Tech student mentors. 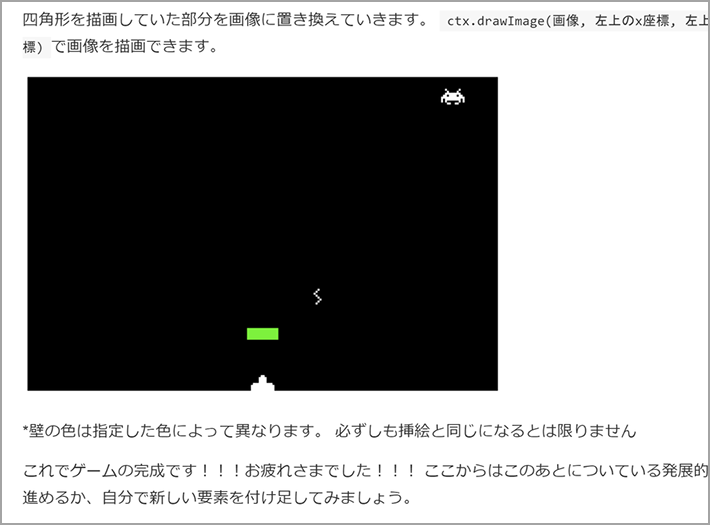 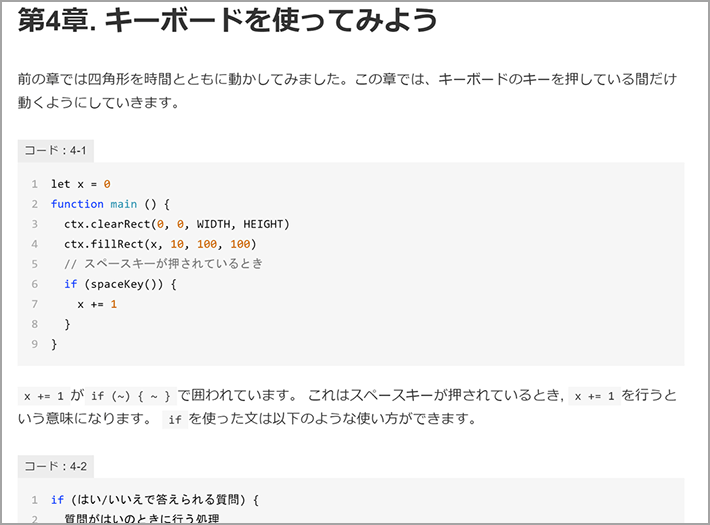 The goal was to create a classic invader game using JavaScript which is played directly on the participants' browsers. Throughout the class, the students experienced various processes such as drawing figures, handling variables, and conditional branching with IF statements. They listened to their instructors, openly asked questions, and actively created their own games on their home computer screens. The Tokyo Tech instructors also prepared some additional features, such as adding music to the game and creating shapes using iterative processing, for those who felt ready for the challenge. Despite the large volume of the content, each group successfully produced their own invader game after approximately five hours of coding.

To provide further inspiration to participants who want to expand their world through coding, a round of lightning talks was also held at lunch time. During the mini-session, two traP members and one Supporterz Inc. employee each gave five-minute talks on various topics. 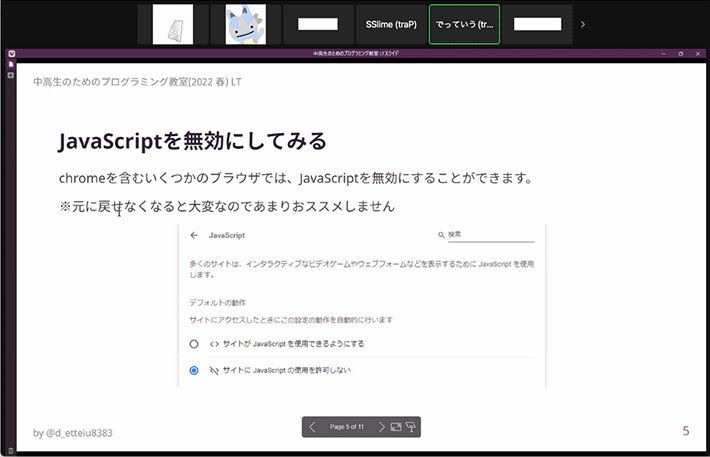 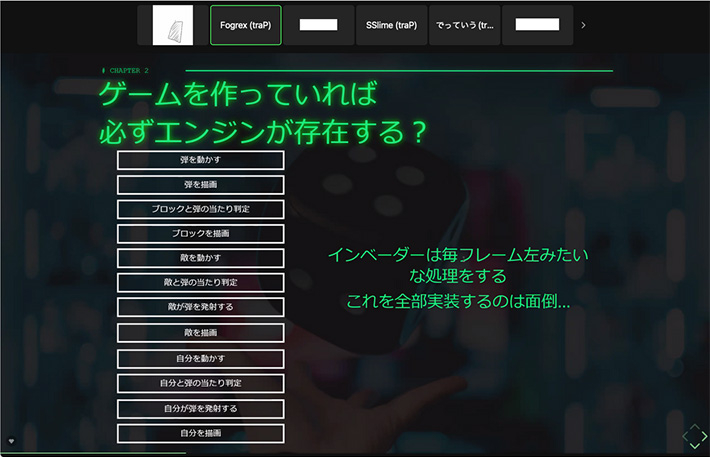 I first became interested in programming during an information science class in high school. It was very refreshing as I had been writing random statements without learning from anyone until then. I still remember the concept of variables and lists, and the merge sort problem that was given to us as a practical exercise. If the participants were able to experience similar feelings as a result of the traP class, then I am very pleased.

All affiliations were accurate at the time of the event.