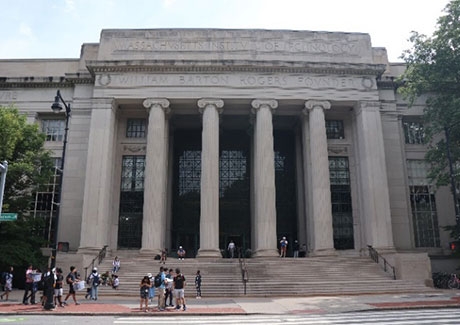 MIT's Great Dome Building, the venue for this year's IDC

This year's contest included a particularly high amount of students from Egyptian universities, as MIT recently concluded an education agreement with the nation. 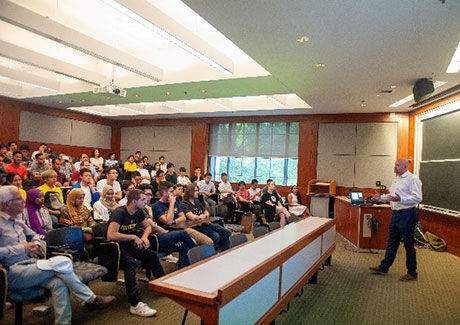 After some welcoming words from MIT Professor Dan Frey, the participants got straight into it by forming mixed teams to take on this year's challenge — Moonshot!

We choose to go to the moon

This year's theme, Moonshot, was selected to celebrate the 50th anniversary of the Apollo 11 landing on the moon. The competition field consisted of a Luna Module (LM), flag holes, Ascent Propulsion System (APS) charger, Unobtanium, and moon rocks. The triangular central area in front of the LM was open to both teams during each round, but areas to the left and right were only accessible by the robot designated to that side. Overall, there were seven scoring opportunities during the contest. 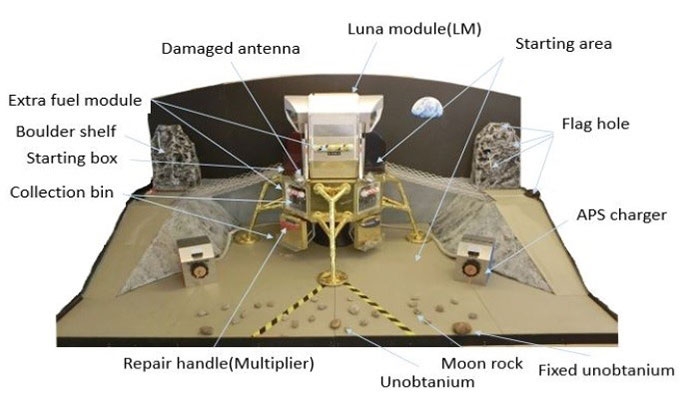 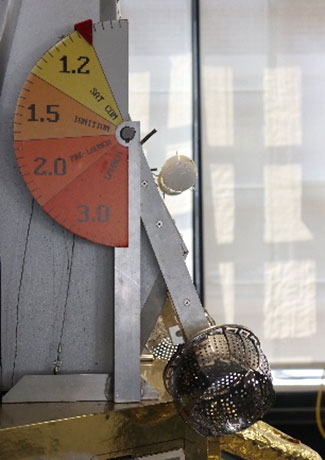 Communications Repair: Points multiplied based on angle of antenna 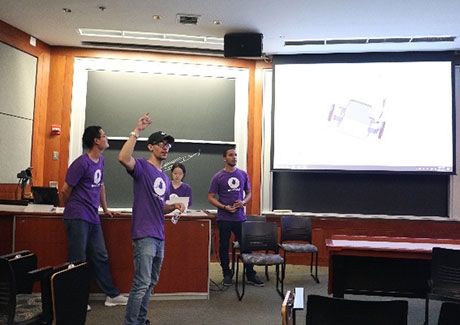 Theoretically, teams were allowed to make more than one robot, but they had to take into account the available materials and the condition that all components of the robot(s) were to fit into two specified starting areas.

On the third day of the contest, teams had the chance to present their ideas to instructors, who then provided advice on how to improve the teams' creations. This was a precious session, as all teams had a mere twelve days to complete their machines before the final showdown. 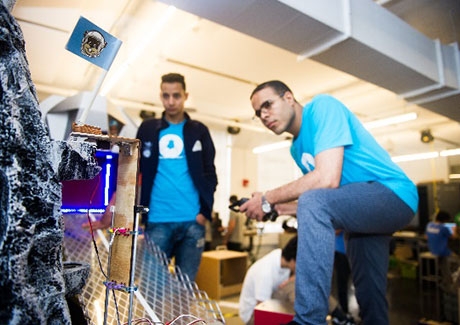 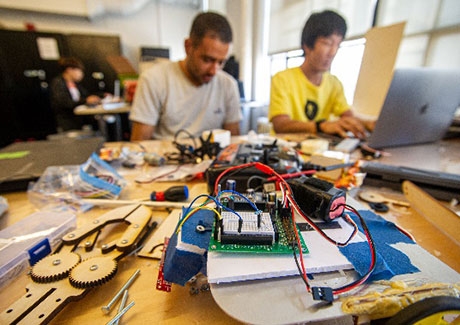 On the final day, the 11 teams first split into three leagues, with the league losers dropping out. The remaining eight teams competed in the final round. Many struggled to maneuver on the field competition slopes. The Blue Team, which included Tokyo Tech student Keita Takahashi, and the Maron Team, which included Tokyo Tech student Rinya Hatanaka, met in the finals. Both teams had created a robot that could reliably score points by depositing field flags and transporting moon rocks to the LM. In the end, the Blue Team and Takahashi emerged victorious.

Before the winners were acknowledged at the awards ceremony, Dr. Harry West, one of the founders of the IDC Robocon, spoke about the 30-year history of the contest. 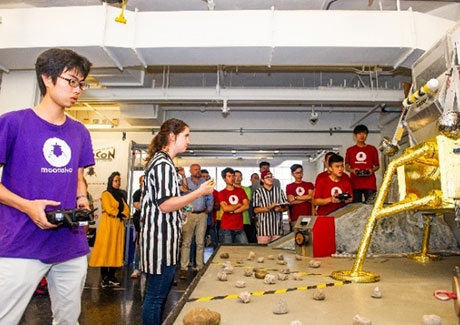 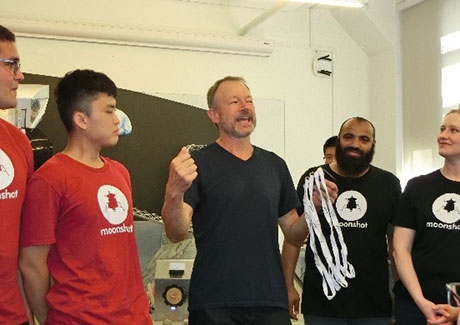 Following this, the Blue Team received the winners' medal, adorned with the official mascot of MIT.

The Maroon Team were also commended for their second-place efforts. 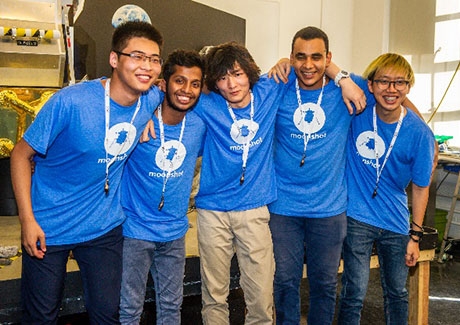 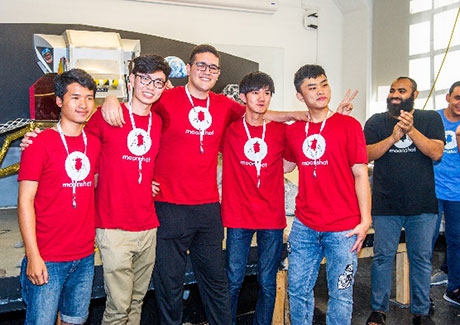 The event concluded with a farewell party that culminated in performances by representatives of each country, including a traditional dance by the Egyptian students and instructors. 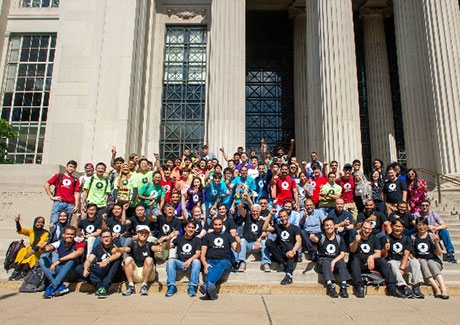 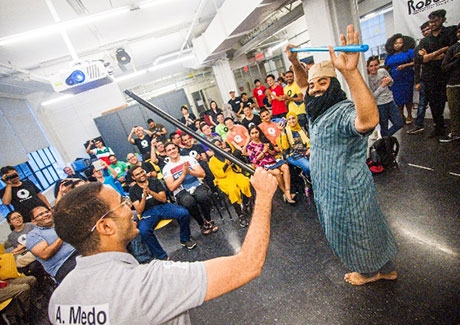