Scientists at Tokyo Institute of Technology (Tokyo Tech) created a novel type of material that combines the structural flexibility of van der Waals materials with the endless tuning possibilities of high-entropy alloys. In their paper, they explore the properties of these new materials and the many promises they hold in electronics applications. 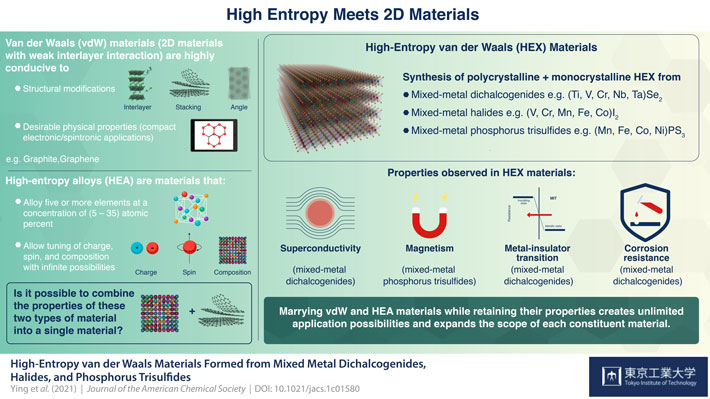 The discovery of graphene, a 2D layered form of carbon, once caused a paradigm shift in science and technology like no other. As this wonder material drew attention from material scientists around the world, it spurred research on other materials that were structurally similar, such as "van der Waals materials", which comprise strongly-bonded 2D atomic layers that are held together by weak interlayer interactions called "van der Waals forces". These materials quickly caught on because they were highly conducive to structural modifications, such as stacking, twisting, and insertion of foreign molecules between layers, which gave them interesting physical properties with several practical applications.

At about the same time, there emerged another remarkable class of materials called "high-entropy alloys" (HEA). HEA are formed by mixing five or more metals in specific concentrations such that an infinite number of potential combinations are possible simply by tuning their spin (intrinsic angular momentum), charge, and composition! Notable properties of HEAs include their high toughness and corrosion resistance. Thus, just like van der Waals materials, HEAs too have several unique applications.

Now, a team of scientists from Japan and China has attempted to merge these two types of materials to form something that inherits the desirable properties of both. Prof. Hideo Hosono from Tokyo Institute of Technology (Tokyo Tech), Japan, who is the pioneer of 2D-electride materials, and led the study, outlines their motivation: "The marriage of these two materials would bring us more degrees of freedom and expand the territory of both, opening up newer application possibilities."

In their study, published in Journal of the American Chemical Society, the team first synthesized polycrystalline and single crystal samples of the new materials, which they called "high-entropy van der Waals", or HEX, materials. They then characterized the structures and chemical states of these new materials using X-ray diffraction and X-ray photoelectron spectroscopy, respectively. Among the physical properties they measured were resistivity, magnetic ordering, and heat capacity. They also measured the materials' corrosion resistance in acid, base, and organic solutions.

With these encouraging findings, the team contemplates practical applications of HEX materials. "The high corrosion resistance could be a promising route for the design of heterogeneous catalysts. The concept of high entropy could also be introduced to other low-dimensional materials, and considering their infinite possibilities, we think these materials deserve the focus of the research community," says an excited Prof. Hosono.

An infinitude of possibilities is hard to ignore! 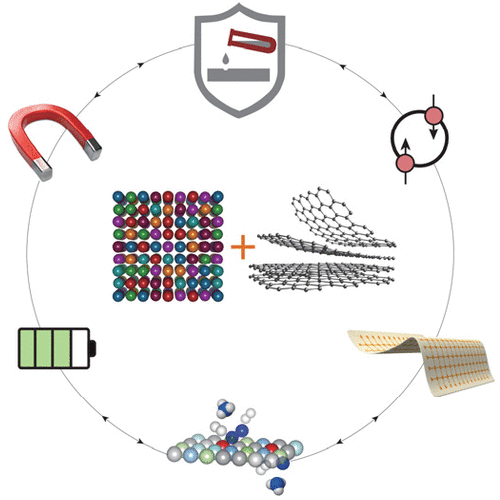