Tokyo Institute of Technology and Tsubame BHB Co., Ltd. have been selected as subcontractors for the "Research and Development of Non-Precious Metal Catalysts," which plays an important role in the "Development and Demonstration of New Catalysts" project (hereinafter referred to as "this project") with an assumed project period of FY2021 to FY2030 in response to the "Green Innovation Fund Project / Fuel Ammonia Supply Chain Construction" publicly solicited by the New Energy and Industrial Technology Development Organization (NEDO). The Chiyoda Corporation is taking the lead on this project, which is being implemented together with the JERA Co., Inc. and Tokyo Electric Power Company Holdings, Inc. for determining subcontractors.

Hosono Laboratory and Kitano Laboratory of Tokyo Tech, further research on ammonia synthesis catalysts is underway based on the concept of an electride that has been developed and demonstrated in collaboration with Tsubame BHB in order to promote the development of non-precious metal catalysts through this project. Tsubame BHB has been industrializing catalysts since its establishment in 2017, and is promoting the industrialization of non-precious metal catalysts using its know-how with catalysts industrialization including examination of manufacturing methods and pilot plants demonstrations.

Tokyo Tech and Tsubame BHB will work together to further promote research and development of non-precious metal catalysts based on this contract with the goal of developing catalysts for efficiently producing ammonia at large-scale ammonia production plants.

Background of the launch of this project

1. Need for a low-cost process superior to the Haber-Bosch process ("HB process")

Currently, ammonia is produced mainly by using the HB process which was developed more than 100 years ago. The HB process is an extremely outstanding production technology capable of synthesizing ammonia from only nitrogen in the air and hydrogen* obtained from substances such as natural gas. This method is widely used throughout the world. However, the HB process requires high temperatures (400 to 500°C) and high pressure (10 to 30 MPa) for reactions, and is produced at plants requiring high energy load. A catalyst that can synthesize ammonia with high efficiency at low temperature and low pressure and that can be commercialized was needed to address these issues. Tsubame BHB has already achieved mass-production of an electride catalyst that was jointly developed with Tokyo Tech for small-scale ammonia production plants. However, the current catalyst is not suitable for large-scale processes since precious metal ruthenium is used. Tokyo Tech has already created various new catalysts that do not use precious metals**. Therefore, the goal of this project is to industrialize non-precious metal catalysts that can be applied to large-scale processes.

2. Need for construction of an ammonia chain for fuel applications

The Japanese Government announced the need to promote decarbonized fuels and the decarbonization of electric power in order to realize a carbon neutral society by 2050, and ammonia is one candidate for a decarbonized fuel. Currently, ammonia is used as a fertilizer and an industrial raw material. Since it does not emit carbon dioxide during combustion, it is being looked to as a zero-emission fuel for power generation and ships. However, if the demand for ammonia fuel applications expands, it is believed that current world ammonia production will not be sufficient. In addition, to replace fossil fuels, the costs for ammonia production and procurement must be reduced. The current ammonia production technology is owned by overseas licensors. Since it is desired to use it for energy in the future, it would be best for companies in Japan not to depend on overseas licensors to develop manufacturing technology. This would help reduce ammonia production costs. Tsubame BHB is working to help promote this project by utilizing its know-how related to evaluation, demonstration, and mass production of ammonia synthesis catalysts that it has cultivated since its establishment.

The most abundant element in the universe. In recent years, the technology has attracted attention as for use in generating clean energy such as fuel for fuel cell vehicles.

New catalyst announced by the Materials Research Center for Element Strategy of Tokyo Tech in July 2020. 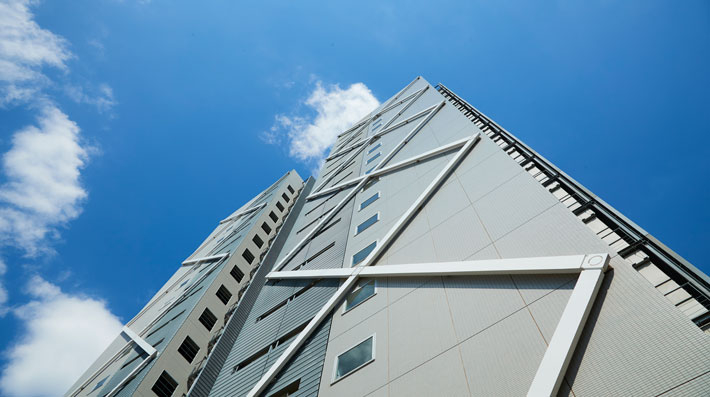