Using mean curvature flow to solve the conundrum of time evolution of curved surfaces. Professor Yoshihiro Tonegawa of the Department of Mathematics, School of Science is a leading researcher on mean curvature flow, applying its concepts to explore the mathematics field known as geometric measure theory.

Tokyo Tech is focused on enhancing students' English proficiency and communication skills in addition to their expertise in science and engineering. It is important to start as soon as possible and keep going. Tokyo Tech provides a rich palette of options that allows you to combine classes, self-study, exams, and study abroad, all according to your level.

Where is the boundary between matter and life? Professor Masahiro Takinoue (Department of Computer Science, School of Computing) is working to solve this mystery from the perspectives of both physics and life sciences. He is engaged in research using artificially synthesized DNA to create artificial cells and molecular robots that function autonomously. 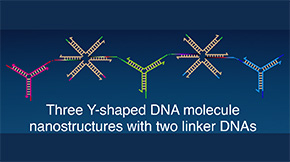 Droplet systems such as DNA droplets, which are formed by liquid-liquid phase separation of macromolecules, play an essential role in cellular functions. Now, by combining the technologies of DNA droplets and DNA computing, computational DNA droplets have been developed by scientists at Tokyo Tech, which can recognize specific patterns in tumor biomarker microRNA sequences. 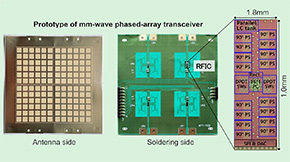 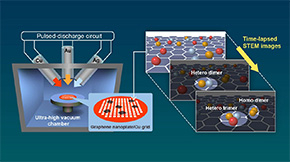 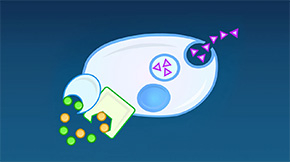 In a leap forward for diabetes research, Tokyo Tech researchers reveal that the feel-good hormone, dopamine, regulates insulin secretion through a heteromeric complex of receptors, thereby providing new targets for antidiabetic medication and therapy. The study is the first to elucidate the mechanism behind dopamine's down-regulation of insulin secretion.

A new low-loss transmitter allows higher precision low-orbit satellite earth monitoring, according to a study by Tokyo Tech researchers. The novel transmitter works in the Ka band of the microwave frequency spectrum, where no efficient transmission has been possible so far. By using circularly polarized signal, and an innovative internal calibration scheme, efficient transmission with low signal noise and wide-angle scanning is demonstrated. 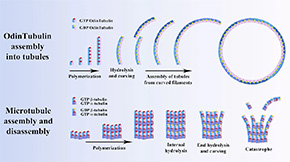