The Institute and the Tokyo Tech Alumni Association jointly hosted Homecoming Day 2022 on May 21. After a complete cancellation in 2020 and an online gathering in 2021, this year's celebrations were held in hybrid format, allowing participants to join the reunions, special lectures, and student-led events both in person and virtually.

Designed to bring the community together once a year, Homecoming Day unites Tokyo Tech alums with their fellow graduates, current students, and past and present professors for a day of exciting activities and warm memories. The festivities also offer a great opportunity for the local population to learn more about the Institute. Homecoming Day 2022 — the tenth event of its kind — saw an increasing number of online participants joining from abroad, indicating strong global support for the event despite the various COVID-19-related restrictions that were still in place.

The year 2022: Examining everyday issues from the perspective of cutting-edge science

The event space in Hisao & Hiroko Taki Plaza (Taki Plaza) on Ookayama Campus was a busy venue on Homecoming Day 2022. Two expert speakers provided hybrid lectures on the overarching theme of "The year 2022: Examining everyday issues from the perspective of cutting-edge science." After an opening address by President Kazuya Masu, Director Yukitaka Kato from the Laboratory for Zero-Carbon Energy at the Institute for Innovative Research offered his insight on the "Paths for the Realization of a Carbon-Neutral Society." After this, Professor Junichi Nakajima from the Department of Earth and Planetary Sciences at the School of Science spoke about "Earthquakes and Volcanic Eruptions in the Japanese Archipelago: Their Past, Present, and Future." 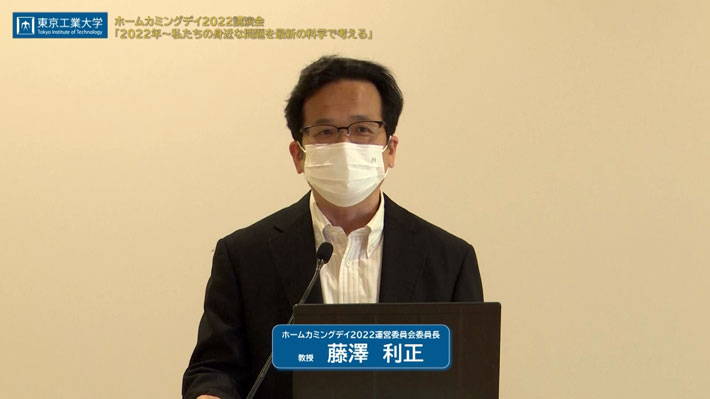 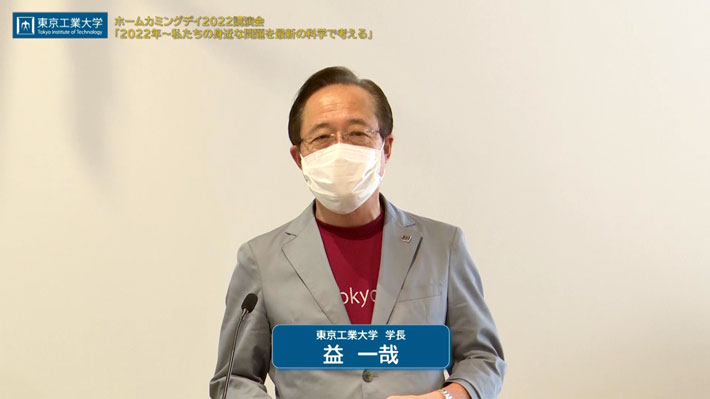 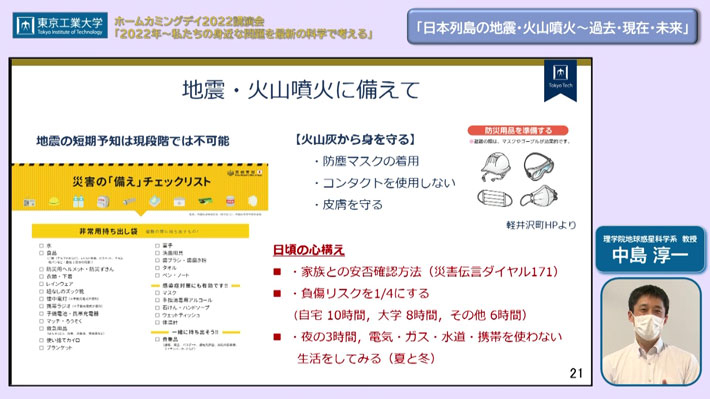 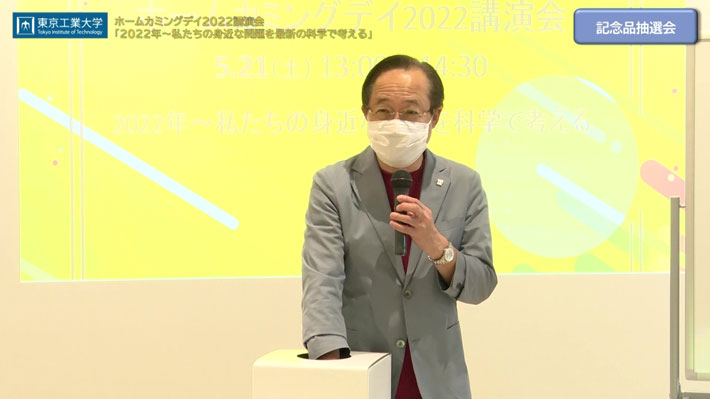 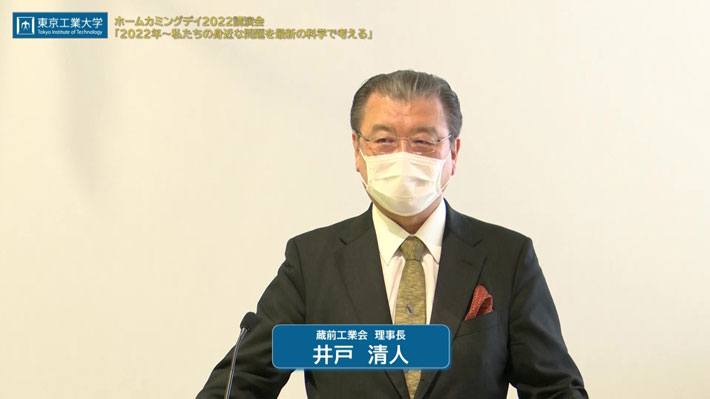 During this special day, alumni from various academic groups gathered for both in-person and online general meetings and talks. Student club alumni groups also met for exchange and other events. This year, the Institute for Liberal Arts lecture session was held fully online. 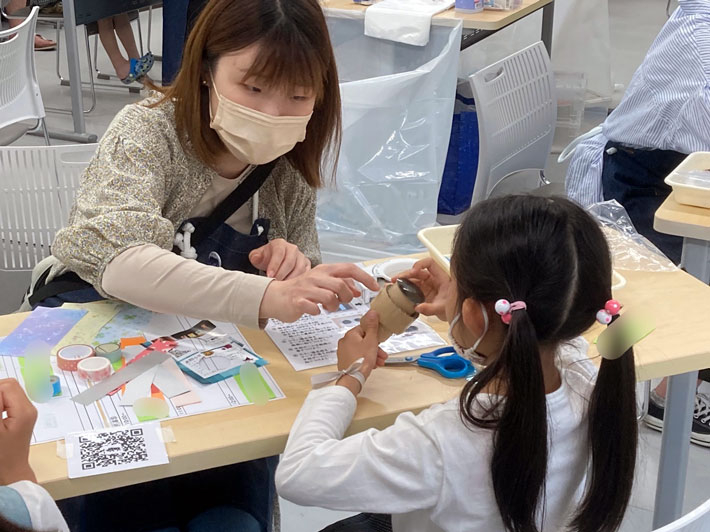 Homecoming Day 2022 participants were also entertained by various official student clubs and alumni groups. Tokyo Tech's jazz band Los Guaracheros, the Schwalben Chor Alumni Group, A Capella Club, and others provided musical performances. Members of the Aikido Club showed off their skills, while the Society for the Study of Robotics hosted an online programming relay. Students of the Tokyo Tech Volunteer Group organized a fair promoting products from the region of Tohoku and Kumamoto. The student group Science Techno held workshops for young children and their families, while Tokyo Tech alumni hosted the legendary Kurarika science workshops for kids. 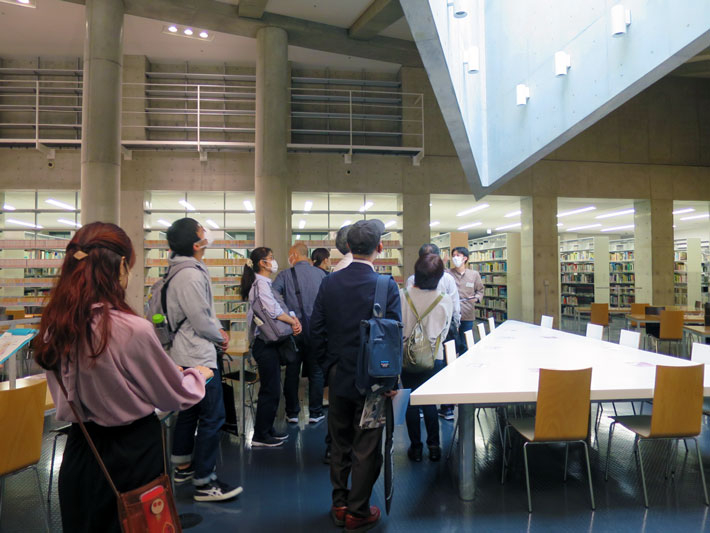 On-campus participants were also able to visit a number of Tokyo Tech facilities. Student library supporters took visitors on a tour of the Ookayama Library, affectionately known as "the cheesecake," while members of the Taki Plaza Gardener student group showed visitors around Taki Plaza, the new student exchange hub which opened last year. Homecoming Day participants were also welcomed at the permanent exhibition area of the Tokyo Tech Museum, the TSUBAME supercomputer facility, and CODAMA, the Collaboration Center for Design and Manufacturing on Ookayama Campus. 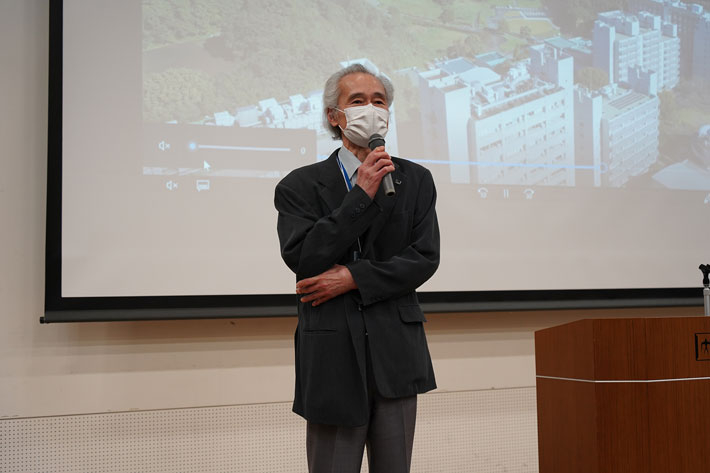 After the day's other events had been completed, an in-person evening reception was held at Tokyo Tech Front while adhering to appropriate measures to prevent the spread of COVID-19. The event, which began with an address by President Masu, was shortened to approximately 90 minutes. While enjoying each other's company for the first time in several years, the participants were also treated to some aerial videos of Tokyo Tech's three campuses, which were taken to celebrate the Institute's 140th anniversary last year. After a brief but enjoyable get-together and some closing words from Provost and Executive Vice President for Institute Strategy Isao Satoh, the participants said their goodbyes. 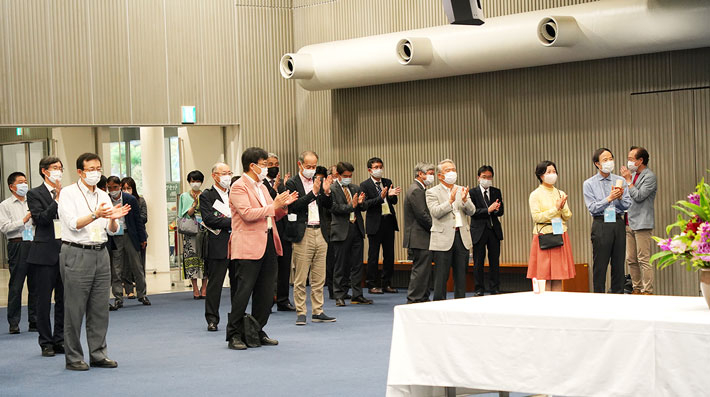 Commemorative videos of Ookayama, Suzukakedai, and Tamachi Campuses shown at Homecoming Day 2022 are available for all to view on the Tokyo Tech YouTube channel.

Homecoming Day 2023 will be held on Saturday, May 20, 2023. The Tokyo Tech community is looking forward to welcoming a diverse range of participants at next year's festivities.