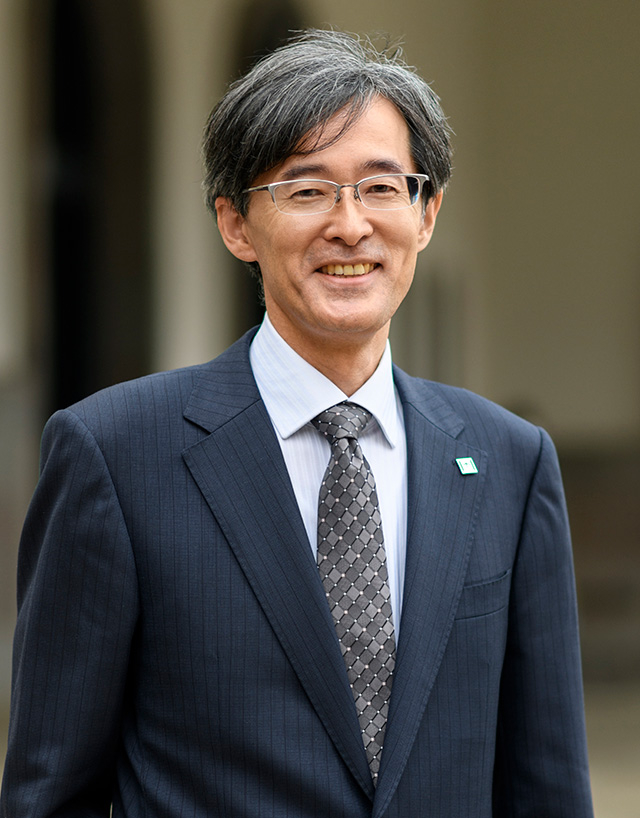 Jun-ichi Imura has been executive vice president for education since April 2022. He also serves concurrently as professor at the School of Engineering.

Before his current position, Imura was executive officer from October 2021 to March 2022 and vice president for teaching and learning from April 2018 to March 2022.

After earning his bachelor's and master's degrees in engineering from Kyoto University in 1988 and 1990 respectively, Imura spent four years at the university's Faculty of Engineering as assistant professor from 1992 to 1996. During this period, he was awarded his doctor of mechanical engineering degree in 1995.

Imura was associate professor at Hiroshima University from 1996 to 2001. He also spent one year as a visiting researcher at the University of Twente from 1998 to 1999. Imura joined Tokyo Tech's Graduate School of Information Science and Engineering as associate professor in 2001, becoming professor in 2004. He has been professor at the new School of Engineering since its establishment in 2016. From 2018 to 2022, he was director of the Tokyo Tech Academy for Leadership (ToTAL) and director of the Center for Innovative Teaching and Learning (CITL).

Imura's research interests include control theory and its applications to power grids, biological systems, and transportation systems. He has served as an IEEE CSS Board of Governors member in 2010, 2013, and from 2015 to 2017. He also has been program officer of Fusion Oriented Research for Disruptive Science and Technology (FOREST), Japan Science and Technology Agency since 2020.