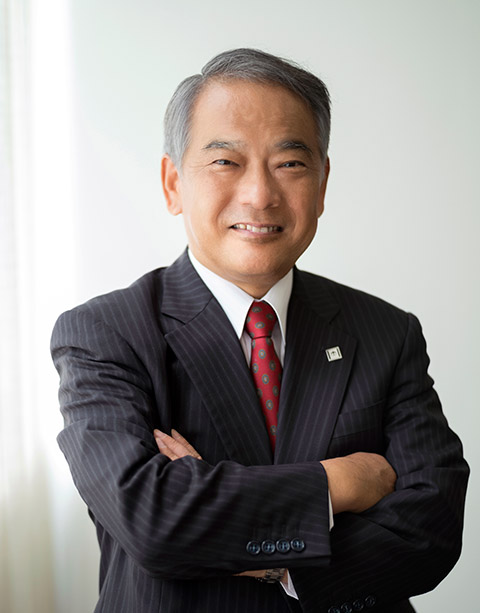 Yasutsugu Ogura has been auditor at Tokyo Tech since September 2020.

After earning his bachelor's and master's degrees from the Institute's Department of Metallurgical Engineering in 1974 and 1978 respectively, Ogura joined Nippon Kokan K.K. (NKK). In 1993, he was selected as superintendent of the company's No.3 steelmaking shop FUKUYAMA WORKS in Hiroshima Prefecture.

Ogura took over as president and representative director of JFE Galvanizing and Coating Co., Ltd. in 2015. He served as executive advisor for the company from April 2018 to March 2020.

Throughout his career, Ogura has shared his expertise in sustainability and the circular economy with various groups, including Tokyo Tech and the Japan Business Federation. In addition to his role as Tokyo Tech auditor, Ogura is also director at the non-profit Liaison Center for Creation of Industry and Environment and ecological counselor for the Ministry of the Environment.

Ogura has served concurrently as chairperson of the council for auditors of national university corporations, etc. since September 2020.