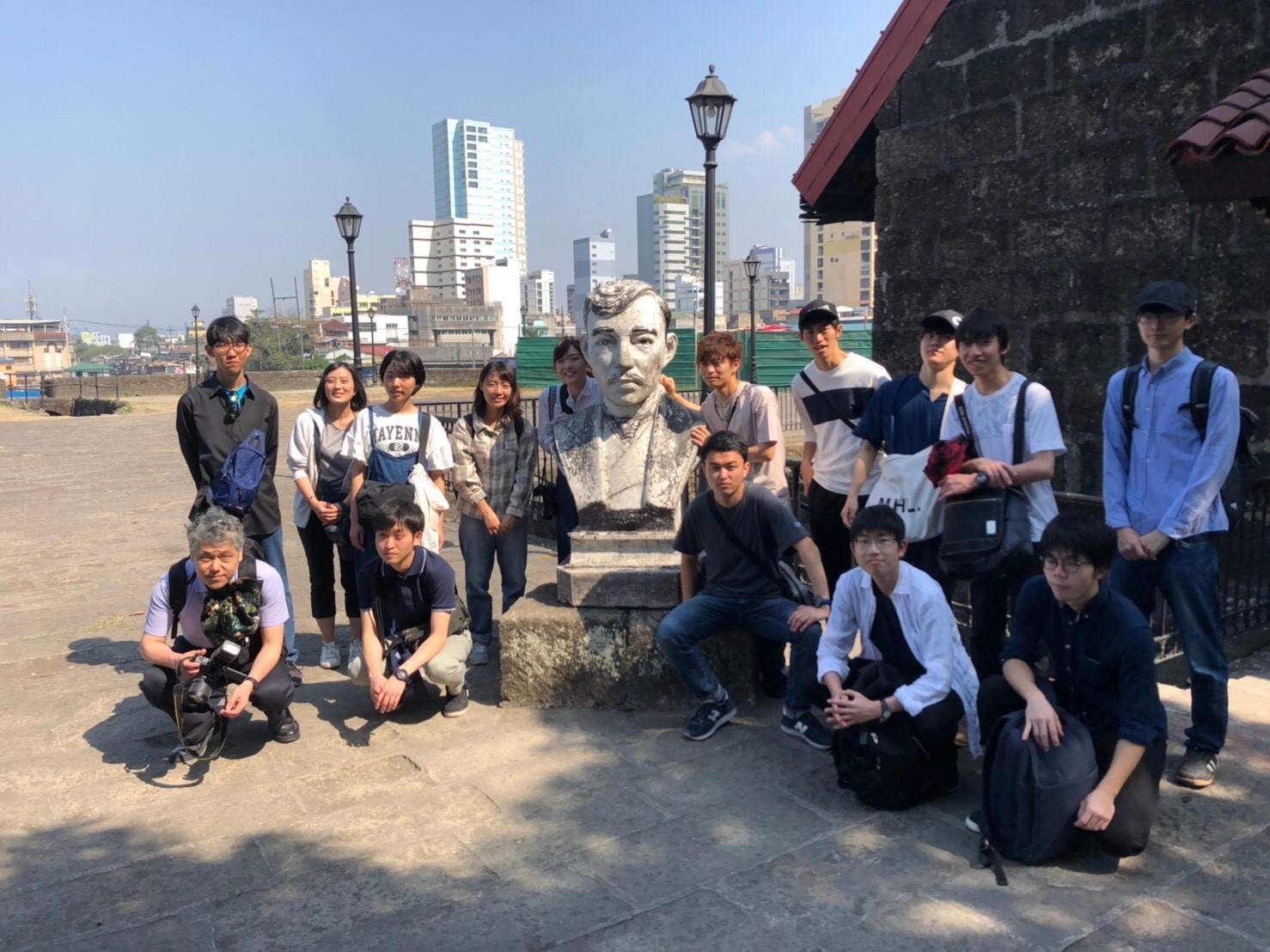 This is the report of Short-term Study Abroad 2020 in Philippines.
（Reported by 1st year student from School of Environment and Society）

Visit to sights in Manila and De La Salle University

We visited the many sights in Manila and its suburbs during the first 4 days. The first day, we arrived at the Ninoy Aquino International Airport in the afternoon. After that, we had dinner in a Filipino restaurant near our hotel.

The next day, we visited De La Salle University (DLSU) where we took an English course. In the afternoon, we had the chance to have a tour in the campus of the university and saw laboratories for civil engineering and the large library which has a café and a room to take a nap.

On the third day, firstly we had a plan to go to Tagaytay, but we changed the destination due to the Taal volcanic eruption. Instead, we visited a resort called “Villa Escudero”. It takes about 4 hours from Manila by car to reach there. At the place, we enjoyed swimming, canoeing, and watching traditional Philippine dance performances. It felt really good to swim in Villa Escudero because it was very hot in the Philippines, though it was still late in February.

On the following day, which was a Sunday, we visited the Filipino historical district, Intramuros. We learned about the history of the colonial rule by Spain and culture of Christianity there. We could develop our understanding of the Philippines. 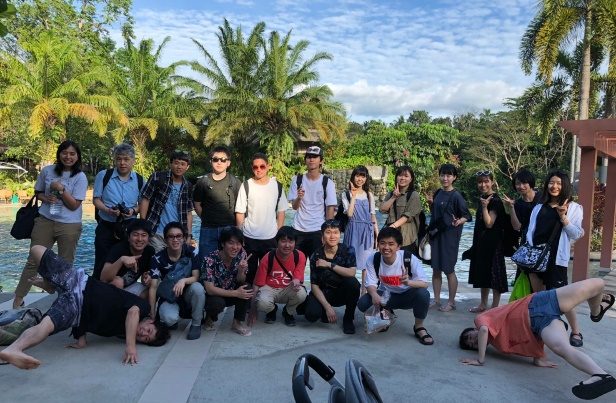 As for the rest of our study trip in Manila, we usually had English classes in DLSU in the morning, and in the afternoon, we had chances to attend regular classes with local students in DLSU, visit another university, the Technological University of the Philippines (TUP), and also go around Manila to visit various museums.

In TUP, we introduced Japanese culture and our university. We performed a dance which we had practiced in advance.

The students of TUP welcomed us and we enjoyed games and dance. At that time, the TUP students prepared a birthday cake for their professor and sang a birthday song for him. I recognized the students and their faculties have a close relationship. I felt anxious about communicating in English at first because I have had few chances to communicate with foreign people, but the local students were very interesting and friendly, so I was able to get along well with them immediately. I was so happy to have a dinner with them and we deepened our friendships.

At the Technological University of the Philippines

We visited Uniquease Restaurant and JICA office, and listened to talks by Japanese people who work in Philippines. Uniquease is a Japanese NPO in the Philippines which supports poor Filipino children. We had a dinner in the Uniquease restaurant and met the manager, Ms. Nakamura. We watched her presentation and discovered that their restaurant helps to create employment for underprivileged Filipino youths. We were inspired by her presentation and learned important things from her. She is trying her best with her staffs so that the children under their care in Uniquease can live better lives.

We also had a chance to visit the Manila office of the Japan International Cooperation Agency (JICA). Visiting the JICA office was a good opportunity to think about international cooperation, because we could learn a lot of precious information such as what support is given in the Philippines. 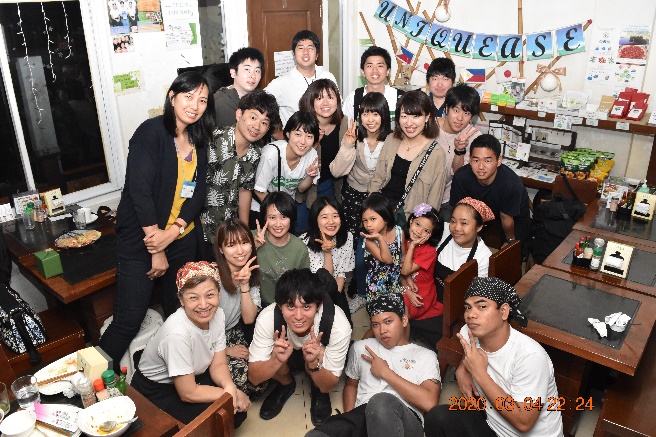 Furthermore, I found that what I considered to be common in the world was not in fact common. I think this program provided a good chance for me because I could meet a lot of people and consider various matters even though some plans were changed due to coronavirus and the volcanic eruptions.