With technological advances already providing dramatic benefits and exhibiting great potential to solve some of the grander global challenges, demand for Japan's science and technology expertise shows no sign of abating. In addition to outstanding technical competence, today's global engineer possesses excellent group dynamics skills, an ability to communicate ideas effectively within these groups, and the experience to understand and appreciate different cultures, both in business and engineering contexts.

Tokyo Tech began offering GSEC in 2013 to approximately 200 students. Since then, the number of participants has grown to roughly 1,200, with basic, intermediate, and advanced paths established in 2017. Basic and intermediate paths are for bachelor-level students. Both focus on strengthening communication abilities and developing intercultural, teamwork, and problem finding and solving skills through a structured framework. To finish the course, participants are required to complete the following components. 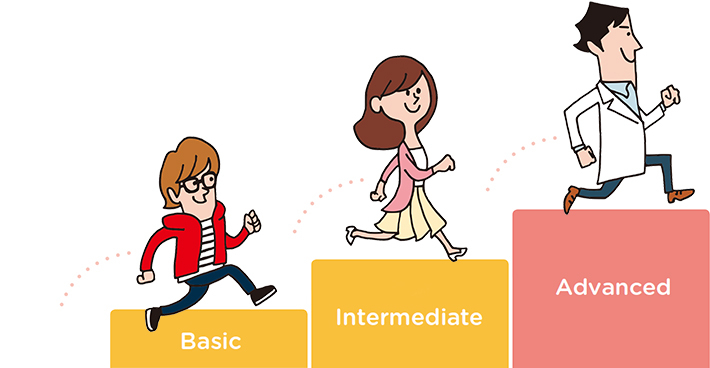 Students begin to develop an understanding of their international potential through lectures provided by globally active Tokyo Tech graduates and other professionals. Participants engage in project-based learning while working with international students to deepen their knowledge of overseas cultures and customs. 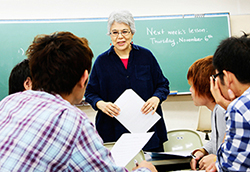 This program helps students acquire a level of English required to study, join discussions, and prepare academic papers at universities overseas. In addition to presentations, academic writing, and other on-campus sessions, students can work independently on their language skills by utilizing optional e-learning elements.

Through workshops, collaborative work with international students, and lectures by journalists, engineers, and designers, students learn to take full advantage of diverse environments. Students are encouraged to take a bird's eye view when examining problems, combining what they have learned in the two previous components with their own technical specialties in preparation for an overseas experience. 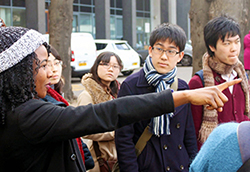 Both basic and intermediate paths culminate in a study trip or internship overseas. This component gives students a taste of multicultural environments and equips them with risk management and other skills essential for future international careers. Students can select a short or medium-term study abroad program or internship based on their personal interests, and numerous overseas visits are encouraged. Recent destinations include the U.S.A., the U.K., France, Germany, Sweden, Australia, Singapore, Malaysia, Vietnam, Thailand, Indonesia, India, Sri Lanka, and the Philippines.

In addition to completing these four components, students are required to pass English proficiency tests and demonstrate that they have achieved the

Two students — a current GSEC student and a graduate — recently shared their takeaways from the course.

I first learned about GSEC from a pamphlet I received during our entrance ceremony. I knew I wanted to make my mark overseas, but I did not have any concrete opportunities to do so in high school. The systematic advancement in the course sounded like an efficient way to achieve results.

After joining a short study trip to the U.K. in my first year, I participated in the International Genetically Engineered Machine (iGEM)* Competition in my second year through GSEC's Study Abroad and Internship Program. As project leader, it was my first time to take on a number of tough challenges — organizing research, planning projects and allocating work to team members, and deciding how and when to share information.

Our main goal during the iGEM project was to enable everyone to enjoy synthetic biology. Our research involved the control of protein production in E. coli, and we decided to call our project Snow White, as we wanted to retell the children's story using genetic modifications of the bacteria. We aimed to create four parts that were roughly analogous to components in the story — for example, a substance that stopped E. coli proliferation corresponded to the poisonous apple, while another that restored growth corresponded to the prince. We worked on this project from April to October 2016, and were rewarded with the iGEM gold medal — Tokyo Tech's tenth consecutive top prize. 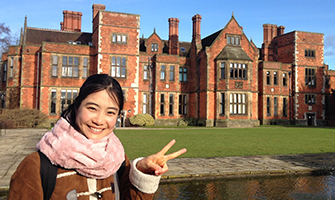 At University of York 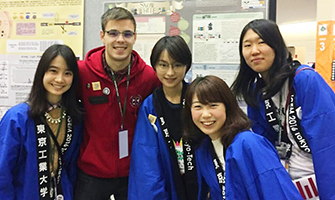 I obviously think about becoming a researcher in the future, but during my time at Tokyo Tech and in GSEC, I have also learned that I very much enjoy connecting talented people with others. Using the specialized knowledge I have gathered, I can provide a bridge between science and society, and help return the creative ideas of the vanguard back to those who really need them.

* iGEM is a worldwide synthetic biology competition held at Massachusetts Institute of Technology that encourages students to work together to solve real-world challenges by building genetically engineered biological systems with standard, interchangeable parts.

(completed course upon graduation from Department of Inorganic Materials)

When I enter the Institute, I actually did not have any plans to go overseas. However, the group work carried out during the Global Awareness Program, which was facilitated partly by an international teaching assistant, suddenly put me in contact with a diverse group of people. I learned to think and react from multiple perspectives and understood how differently Japan is viewed from outside our cultural and geographical borders. I absorbed plenty of new knowledge that I could not access previously. When it was time to head for the U.K., I felt a certain level of anxiety and resistance, but once there, the immediate sense of discovery and awareness allowed me enjoy the experience in my own, personalized way.

As part of an extracurricular program involving numerous universities, I also visited Thailand to propose potential solutions to local governments regarding the nation's water problems. As we formed teams with other students, I realized that many people were specialists in international environment, politics, and economics. These contributors often approached the problem in terms of cost or system creation, but not through new technical solutions or technologies. With my knowledge, I was able to advise my team and provide a much-needed science and technology perspective. At the end of the program, our team received the top prize for the fundamental solution we proposed, and I realized that my technical expertise was a powerful tool on the international scene. 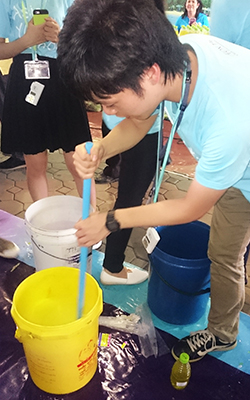 As the majority of Tokyo Tech students continue to graduate-level studies, GSEC was expanded to include an advanced path, which was launched in April 2017. Aimed at master's and professional degree students seeking to continuously enhance their international capabilities and gain overseas experience while working on their specializations, the advanced course focuses on the liberal arts, leadership, idea and new value creation, and international joint research. Language study options include German, French, Russian, and Chinese in addition to English, and study abroad programs and internships generally last at least eight weeks.