Tokyo Tech maintains its position on the frontiers of leadership education through a wide range of programs. One of these is the Lean LaunchPad program, a series of 6 workshops designed to develop innovation and create new value for users.

Advocated by Silicon Valley entrepreneur Steve Blank, Lean LaunchPad is a hands-on program designed to reduce elements of uncertainty in new business startups (lean) and promptly introduce the essence of business into practice (launch) to increase initiative in projects, identify tasks, and create value in new fields. In Japan, the Lean LaunchPad program has been increasingly implemented by companies and research institutes, including the University of Tokyo and Osaka University, since its launch at Tokyo Tech in 2013.

The program kicks off with the selection of business ideas and products designed to satisfy customer wants and needs. Participants then assemble teams to develop each idea and product, and design business plans through the following process to identify early adopters1. 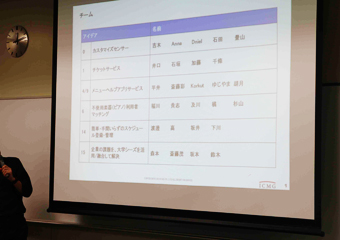 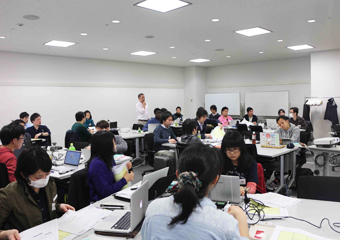 Participants analyze nine facets of each idea and visualize value utilizing the business model canvas (BMC) which allows them to gain a bird's eye view by developing hypotheses for each element. 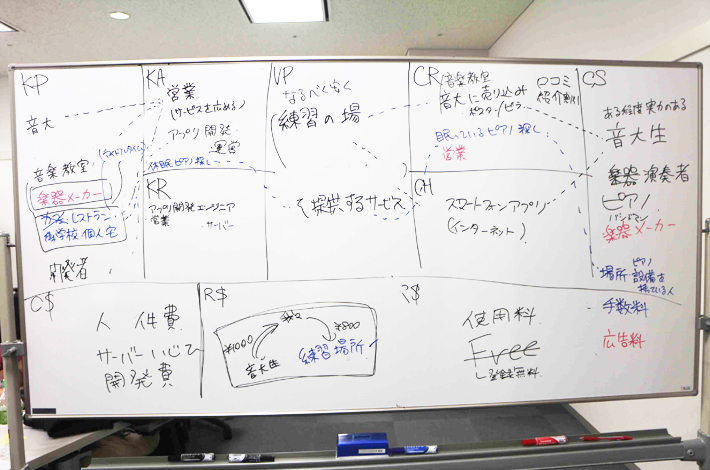 Participants validate the hypothesis models created in the visualization stage utilizing prototypes2 which allow evaluation of the minimum functions required for validation, and then introduce them to between 10 and 30 potential customers.

Participants make adjustments to the hypothesis model based on the results of validation.

Teams repeat steps A through C until they specify core values and identify early adopters.

How TicketBucket came into being

Tokyo Tech's Academy for Global Leadership (AGL) provides 6 workshops during its intensive two-month Lean LaunchPad program. At the workshops, participants exchange information on each team's interview results and overall progress, and then reaffirm and adjust their ideas. Approximately 25 participants, including students from other universities, attended each workshop in academic year 2015. Sharing their wealth of experience in providing support for business development and startups, venture capitalist Takashi Tsutsumi and entrepreneur Masato Iino served as facilitators. 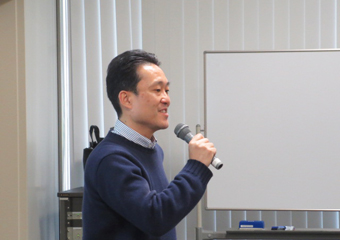 The emergence of the startup TicketBucket provides good examples of how ideas evolved during the process of development.

TicketBucket, created by four individuals, is an event tickets sales service. Dismayed by the difficulty of attending popular events, these enterprising youngsters came up with the idea of a service which supports finding groups of individuals who are willing to participate in lotteries for pre-sale tickets, thereby increasing their chances of attendance.

TicketBucket members first created a hypothesis model following Lean LaunchPad procedures before visiting actual locations such as Tokyo Dome stadium to validate their hypothesis through interviews with some 30 baseball fans. They found an early adopter among the interviewees, who in turn allowed them to validate their hypothesis. They then expanded the range of their interviews to include fans of popular entertainers. 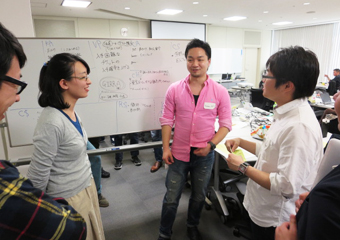 What members found, however, were negative responses that failed to support the hypothesis. Some interviewees were not interested in participating in a lottery that helped strangers get tickets, while others compared the idea to scalpers who buy tickets in bulk only to sell them at outrageously high prices as the event draws closer. This attitude among serious fans would limit potential TicketBucket participants to fans interested in getting tickets for other fans only. The team worked to correct their hypothesis (pivot) to include cooperation from fans. 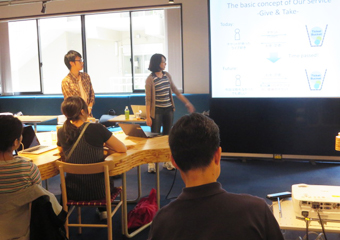 This led to the development of another idea, a website that allowed ticket holders to make tickets available to others at the original sales price. The team conducted interviews again and found an early adopter, a baseball fan who buys and then sells tickets to other fans at the original price. The TicketBucket team then created a test service on Facebook and solicited ticket transactions with the stipulation that sales be at the original price. They succeeded in matching a buyer and seller. After the workshop, the team continued working on their idea and, in November 2015, started a TicketBucket β version (Japanese). The concept of TicketBucket has since been gaining steady momentum among ticket buyers.

New businesses are filled with unknowns that make determining direction a challenge. Applying the Lean LaunchPad method, however, we engaged in repeated dialogue with potential customers to develop business ideas. This allowed us to base moves on clear grounds even when faced with situations in which decisions presented major challenges. In addition, each team in the workshop had a mentor who was accustomed to applying the methodology. Our mentor was very helpful when we were involved in significant pivots.

The program cultivated entrepreneurial spirit and leadership that led to the commercialization of several ideas in addition to TicketBucket. Program facilitators Tsutsumi and Iino emphasized the significant importance of developing the ability to identify tasks and create value with new ideas in research activities by quoting American inventor Charles Kettering, "a problem well stated is half-solved." Tokyo Tech continues to pursue a wide range of approaches to develop leaders capable of finding solutions to issues of social importance. 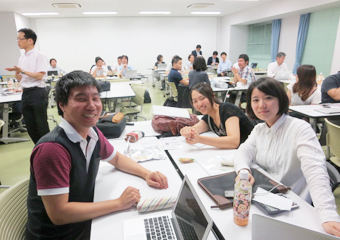 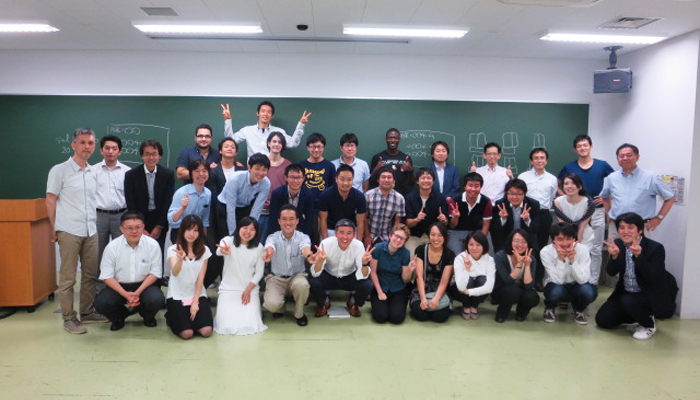 An early customer of a given product or service who has a significant impact on other users.