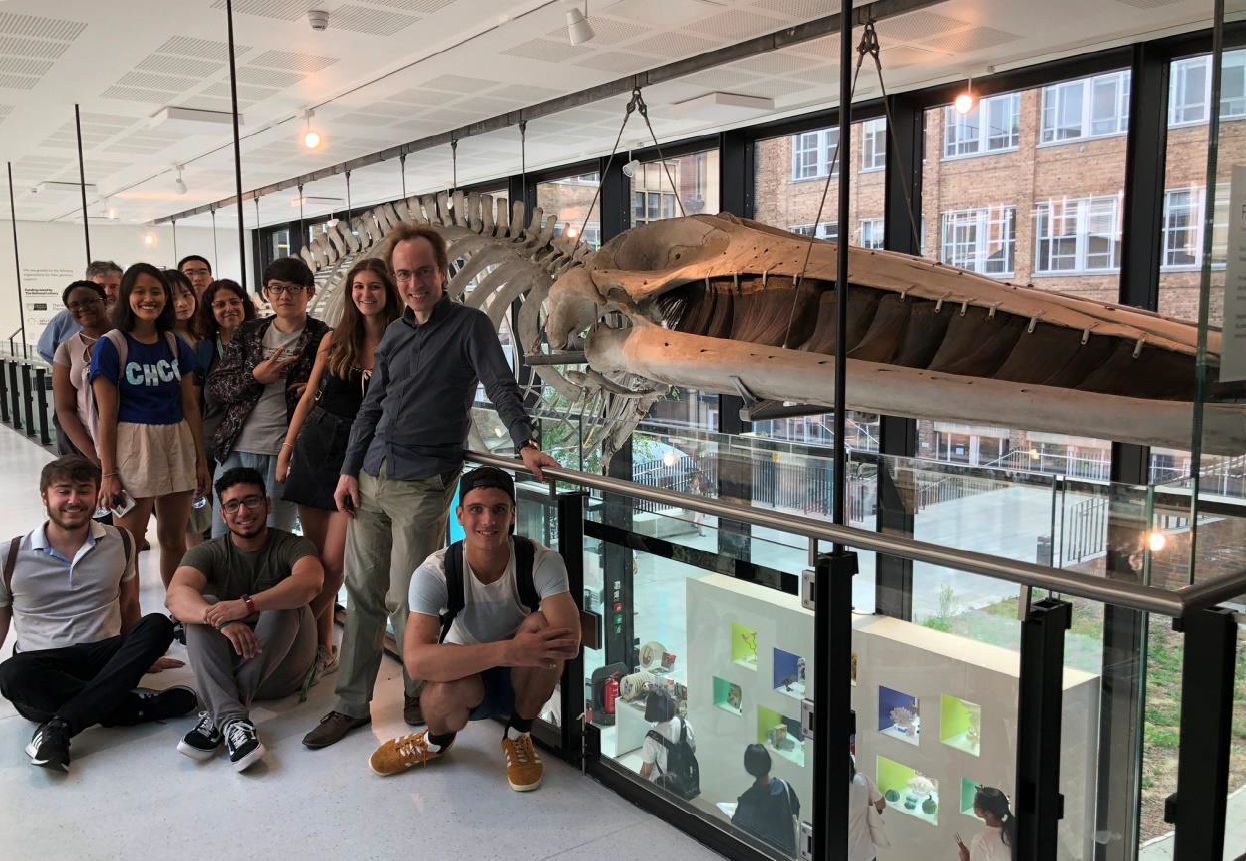 In this summer, I attended the Science Summer Program in the University of Cambridge from 22nd July to 4thAugust. It’s my first time in Cambridge, even I stayedthere for only two weeks, I experienced a lot, all these experiences are memorable forever in my life and help me to be a better man. 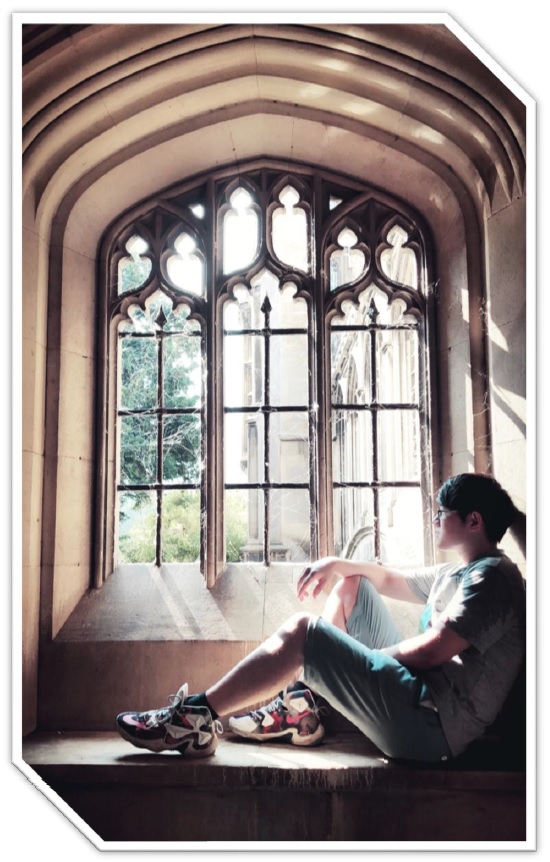 Pc3: Codes, ciphers and secrets: an introduction to cryptography

Code making and code breaking is one of the most interesting real-life applications of mathematics. This course gives us a basic introduction to cryptography, mainly introduces the students to a broad range of mathematical ideas and how they can be used to make secret messages- from simple codes to modern internet encryption.Codes and ciphers have been used for approximately 4,000 years to disguise the meaning of our most secret messages, from the most elementary ciphers of ancient times to the modern encryption methods used today.

The course began with some of the more elementary ciphers used in the ancient world. Known as mono-alphabetic ciphers, these methods are very easy to break using some basic statistical techniques. Clearly needing a stronger form of encryption, these were soon replaced by a more secure cipher that resisted such attacks, known as polyalphabetic ciphers.

In our study of mono-alphabetic and polyalphabetic ciphers, we defined precisely what these terms mean, and introduced some fundamental ideas of mathematics such as functions, statistics, combinatorics, elementary number theory and methods of proof. We also described several ciphers used throughout history and show some of the techniques used to break them.

Finally, we ended the course with a brief look at one of the most secure ciphers today. Known as RSA, it is a method of encryption used on the internet and is an example of Public Key Encryption 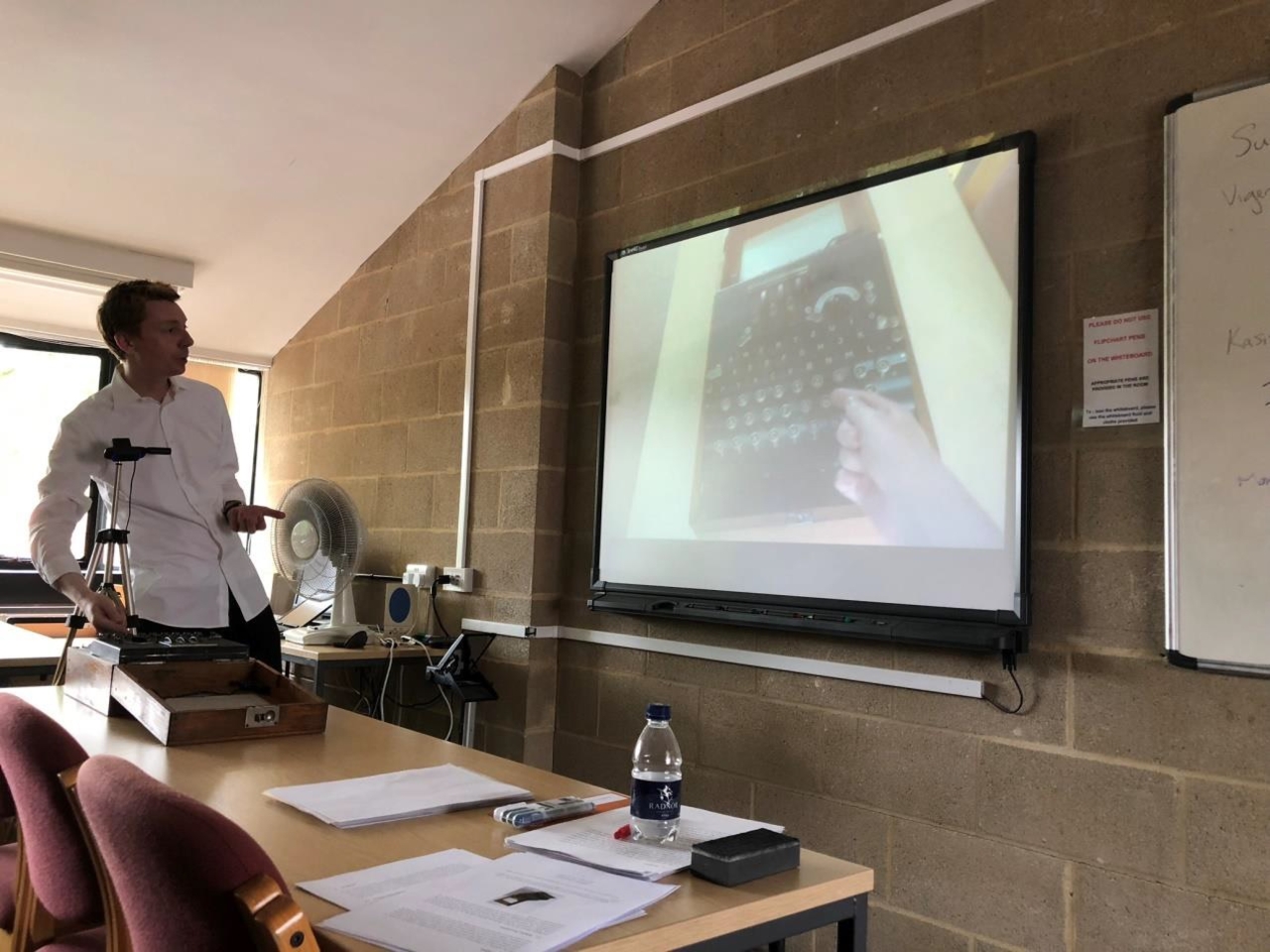 A couple of more advanced books on the subject (for enthusiasts only) include;Crandell, R, and Pomerance, C. Prime Numbers: A Computational Perspective, 2nd Edition. Springer, 2005.

Locomotion – the act of moving from A to B – is something we often take for granted, but it isundoubtedly one of the most important skills that the biosphere ever ‘learned’ to do: one that has played an absolutely central role in the four-billion-year evolutionary history of life. In this short course, we explored this long figurative and literal journey, looking at several major transitions in how living things move that have proved especially significant to the nature of life on Earth. These include the origin of locomotion itself in ancient bacteria and similar microscopic creatures; the origin of muscle-powered, nerve- (and later, brain-) guided movement in the early animal kingdom; the origin of a worm-like body and the huge variety of locomotory techniques ultimately available to such a creature; the invasion of land and the subsequent refinements to terrestrial locomotion that led to such iconic animals as dinosaurs and antelope; the curiously rare origin of flight; and the one-of-a-kind set of locomotory transitions that enabled the origin of humans. 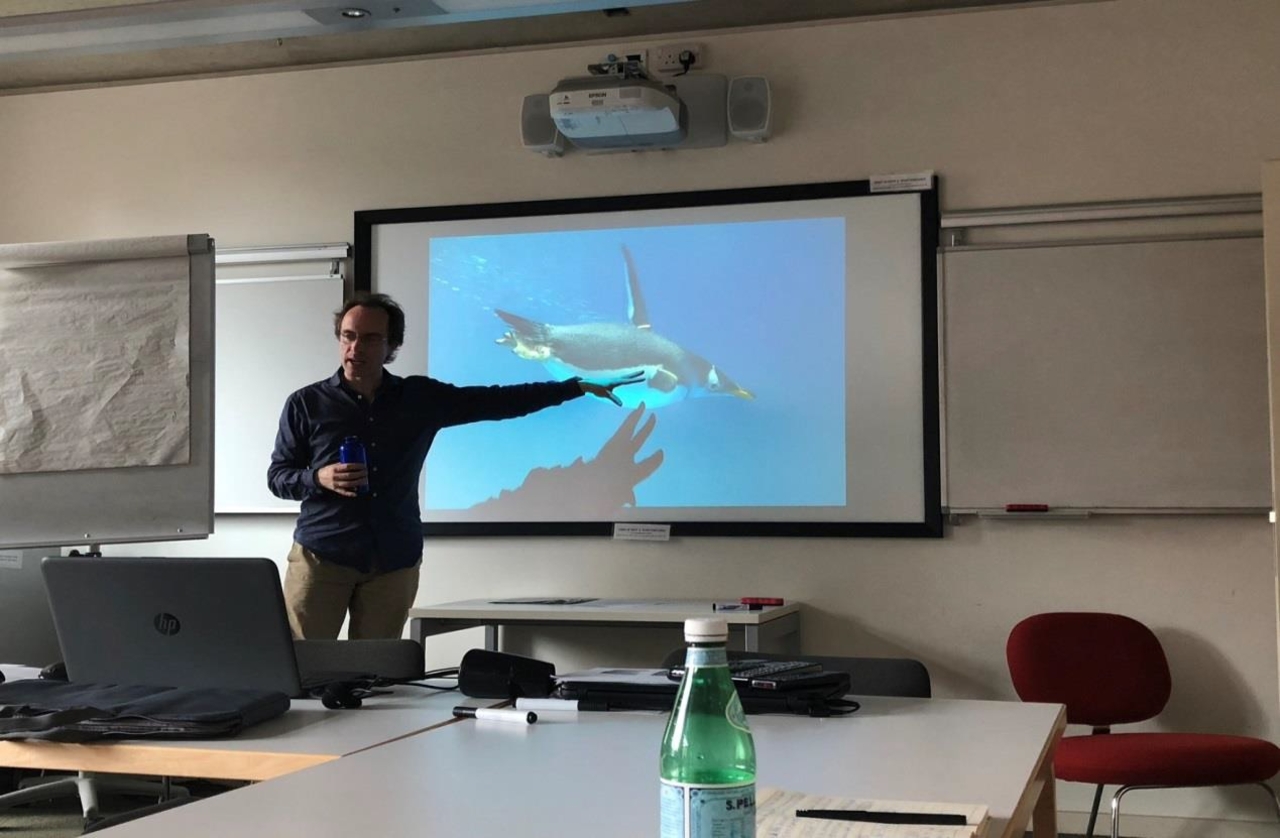 Finally, we finished this course with a closer look at locomotory adaptation by coming face-to-face with the animals themselves in the University Museum of Zoology. 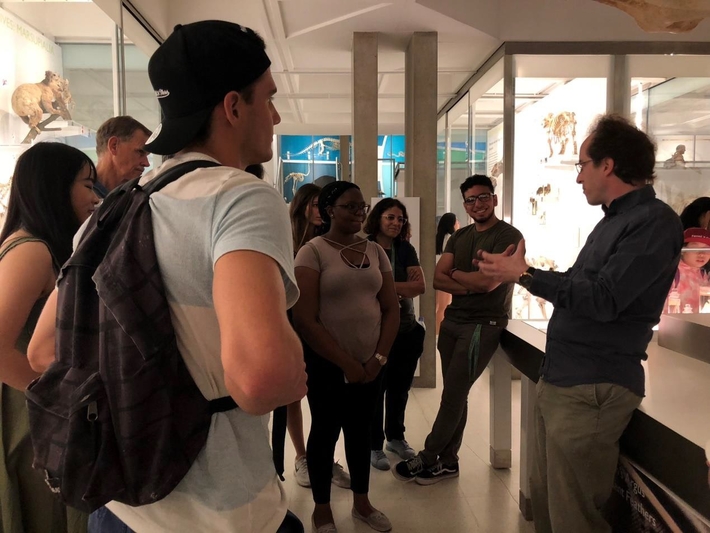 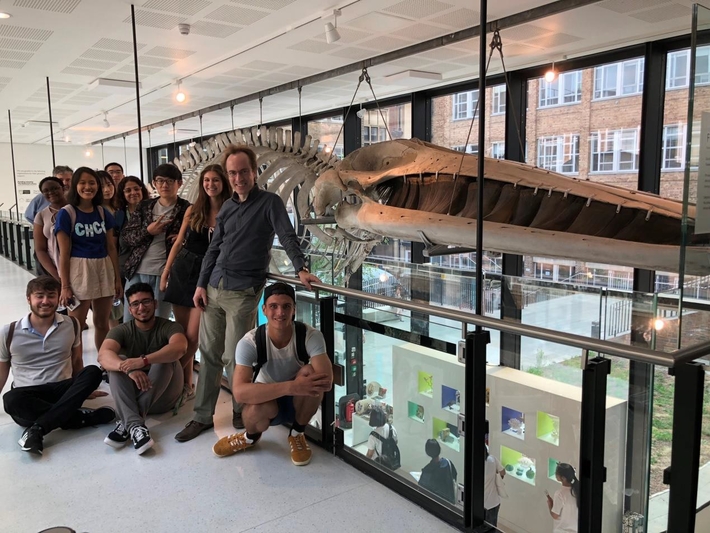 Throughout the course we saw how locomotion physically works in the various different environments, learned about the anatomical and functional adaptations that make movement as effective (and, usually, as energetically cheap) as possible, andfound out why the evolutionary pathways to the various movement options often seem to be available to only a select few groups of organisms. Above all, we discovered why locomotion has proved so important for life on Earth, and came to appreciate how a bit of locomotory know-how is a surprisingly powerful tool for understanding why life is the way it is, and illuminating our own place in the living world.

1. To gain a working knowledge of the major locomotory transitions in the history oflife,

including those that enabled the origin of humans;

Pd1: An introduction to animal behavior

This course introduced us to the broad and multidisciplinary nature of the study of behaviour.

We first learned about the history of the study of behaviour, and differences in emphases between the fields of psychology and ethology (with particular reference to the learning process). Later, we took an integrated approach to studying behaviour by using a framework of proximate (developmental and mechanistic) and ultimate (functional and phylogenetic) explanations. Fundamental processes influencing animal behaviour were considered, including the relative contributions of evolutionary processes, genetics, the nervous system, learning, and the environment.We learned how to frame questions and hypotheses in the scientific investigation of behaviour, and used basic techniques for describing and recording behavioural observations. We discovered potential applications of behavioural studies and enhanced our understanding of sound experimental design. Such skills are useful in a wide range of scientific and animal management careers.

The course was primarily taught via a range of exciting lectures, but sessions were also feature discussions, visits from special non-human guests, scientific games, 3D videos, experiments, demonstrations, and digital quizzes. The course was also includea field observations of animal behaviour on a local fen. 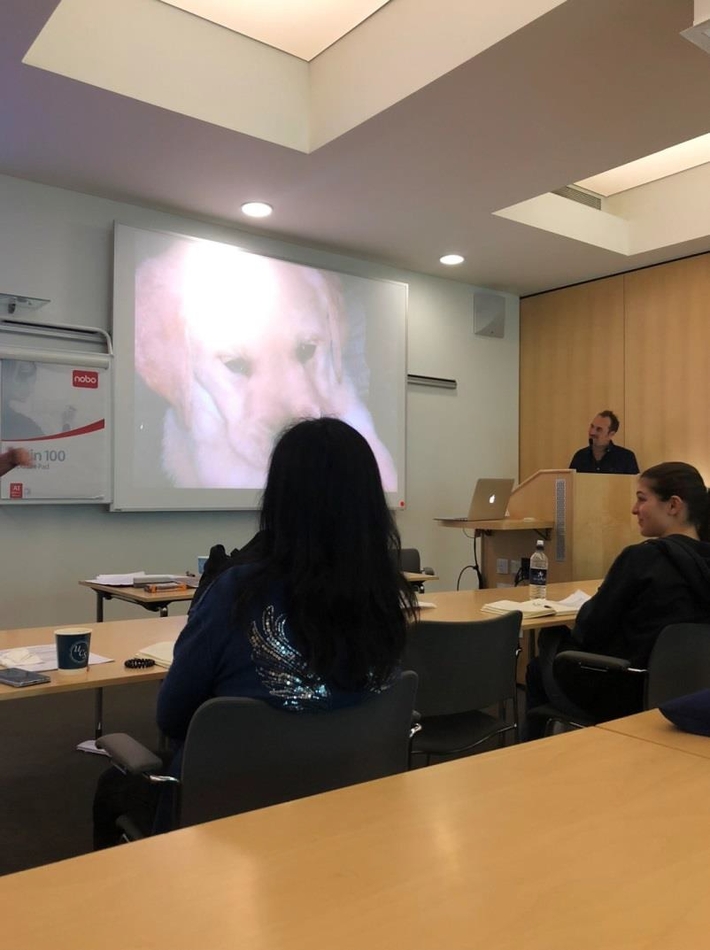 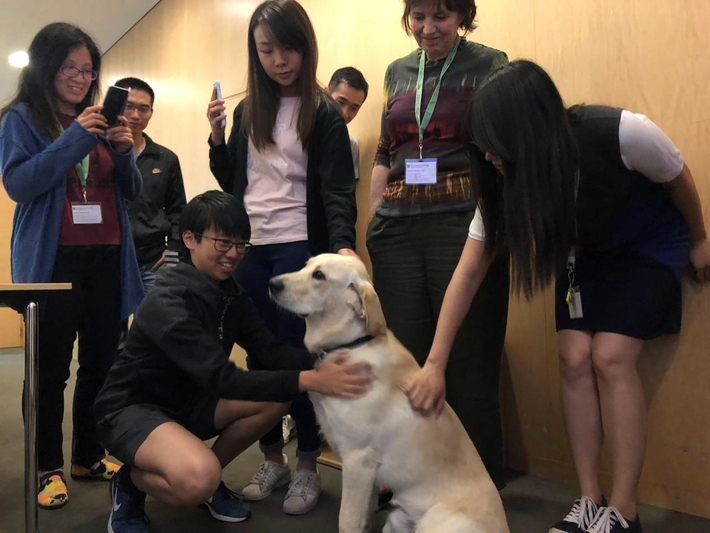 1. A history of behavioural research

Historical and philosophical background to the field.
Comparison of ethology, psychology and behavioural ecology.
How to ask questions about animal behaviour: Tinbergen’s 4 types of question.

Measuring behaviour in the laboratory and field. Constructing ethograms.
Field observation exercise on a local fen.

The influence of natural selection on behaviour.
Adaptiveness, optimality and evolutionarily stable strategies.

Inside the black box: an introduction to cognition and decision making.
Definitions of "intelligence".
Pitfalls of studying animal cognition.

1. Discuss the multidisciplinary and philosophical origins of, and the importance ofapplying

scientific methodology in the study of pure and applied animal behaviour;

We explored the scientific foundations of the discipline of Human Nutrition in this course. This course mainly explained core concepts connecting Nutrition Science with physiological as well as other sciences, establishing the role of nutrition in human health. These interactive sessions provided an excellent introduction to those wishing to undertake further training in the field of Applied Human Nutrition relating to disease prevention and population health.

Session 1 considered the historical development of Nutrition Science particularly focusing on some of the key findings from the past century which have fundamentally altered our understanding of the role of nutrients in human physiology.

Session 2 outlined current understanding of Nutrition Science as applied to macro and micro nutrients as well as emerging nutritive substances in our diet.

Session 3 involved practical and interactive work designed to provide insight into the applications of Nutrition Science concepts in human testing and physiological measurements.

Session 4 considered the application of Nutrition Science concepts to different body systems in the context of health and disease.

Session 5 concluded with a bigger picture approach to how Nutrition Science informs public health policies and the implications this has on society. 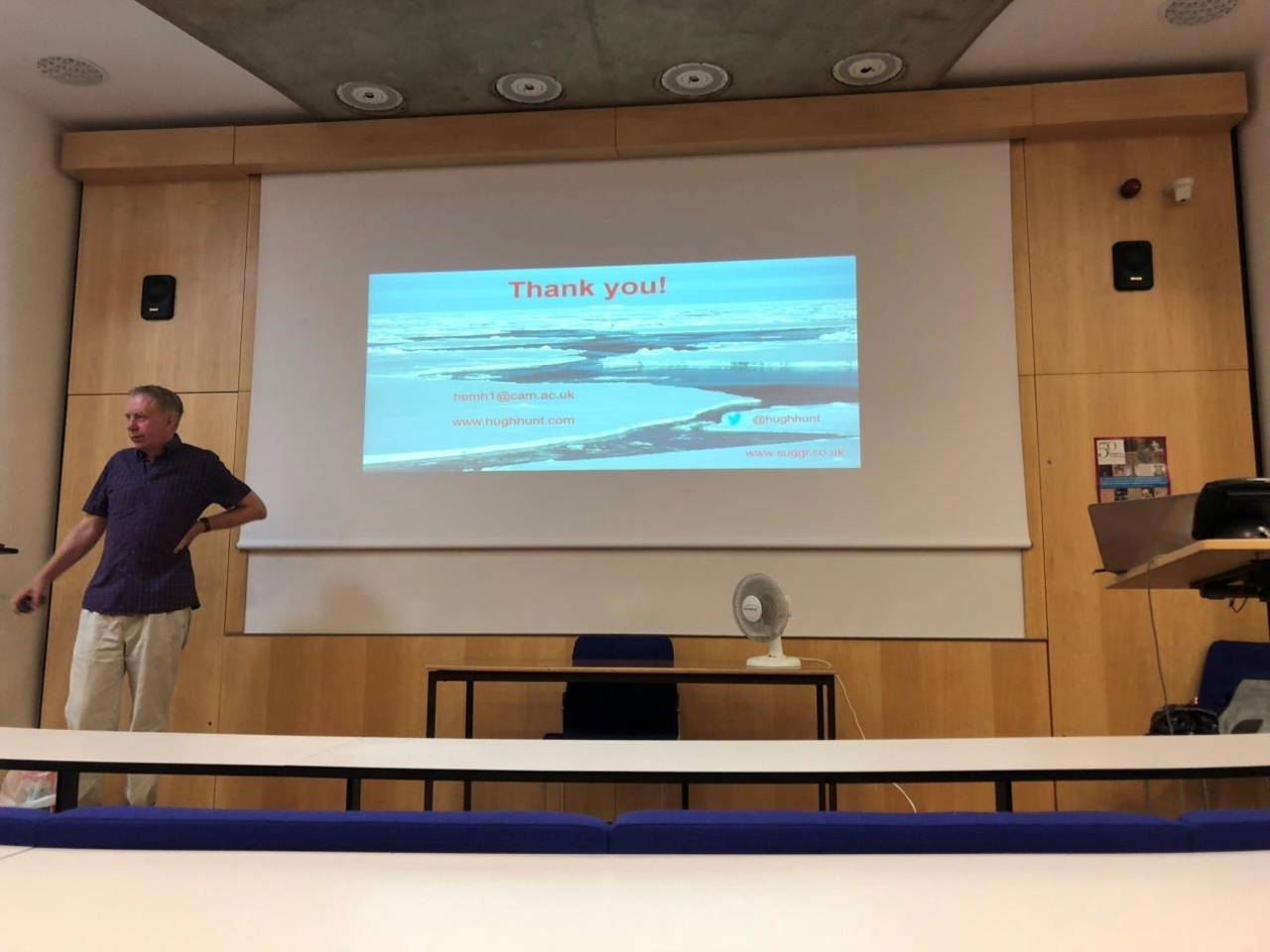 Study in the Library 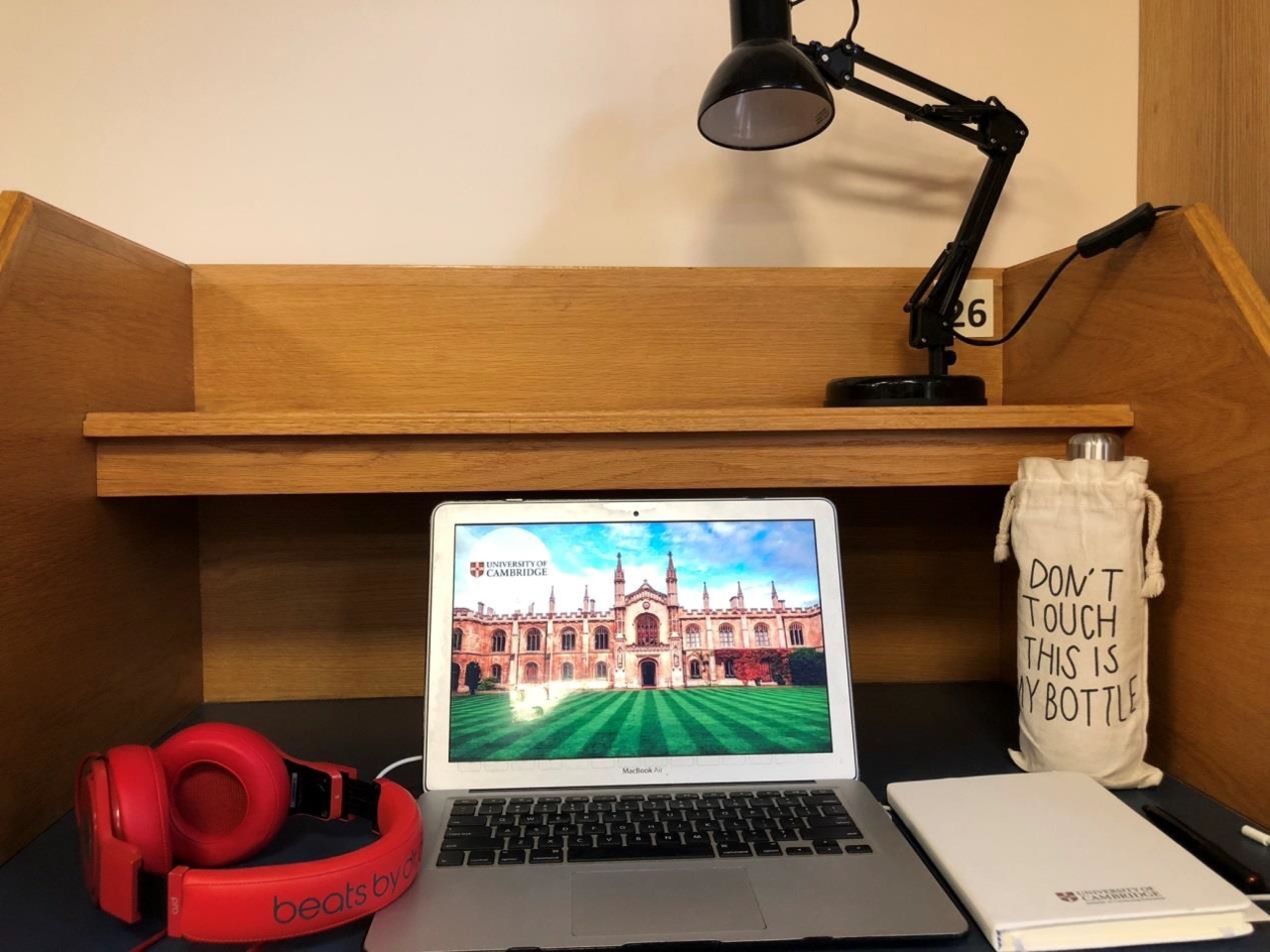 Cambridge has a very open campus, it’s not truly a campus actually, it’s a city. During my stay in Cambridge, courses are not the only thing I spend time on, there are many different kinds of activities, like playing group games, punting in River Cam, drinking in the famous Eagle Bar, dancing in the party, none of the students in Cambridge are bookworm, they work hard, play hard, that’s the culture of Cambridge. On the weekends, I went to the University of East Anglia in Norwich, I had a lot of fun there, I also went to London, and walked around in the city. 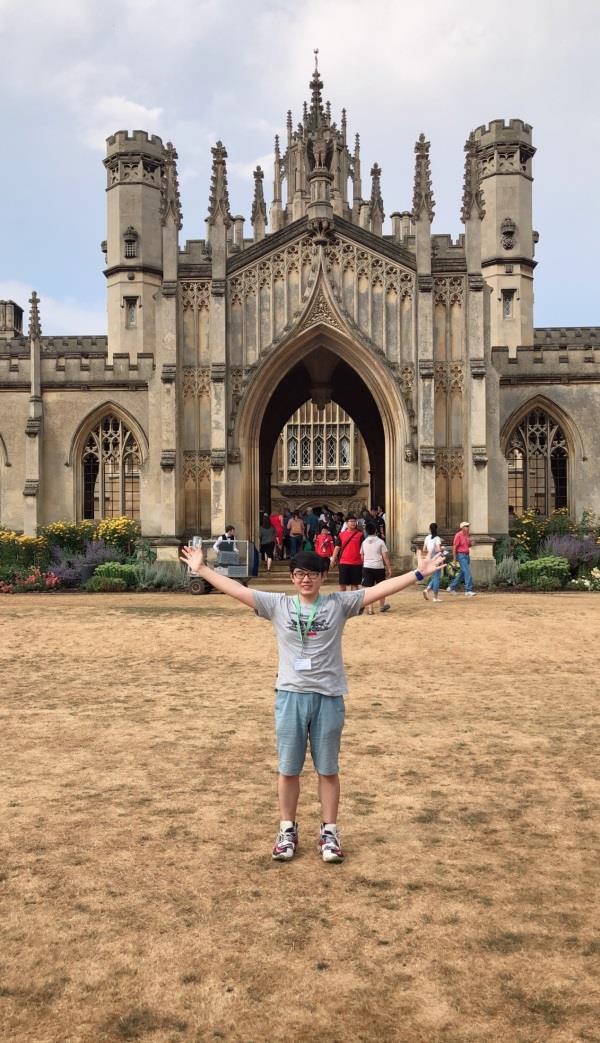 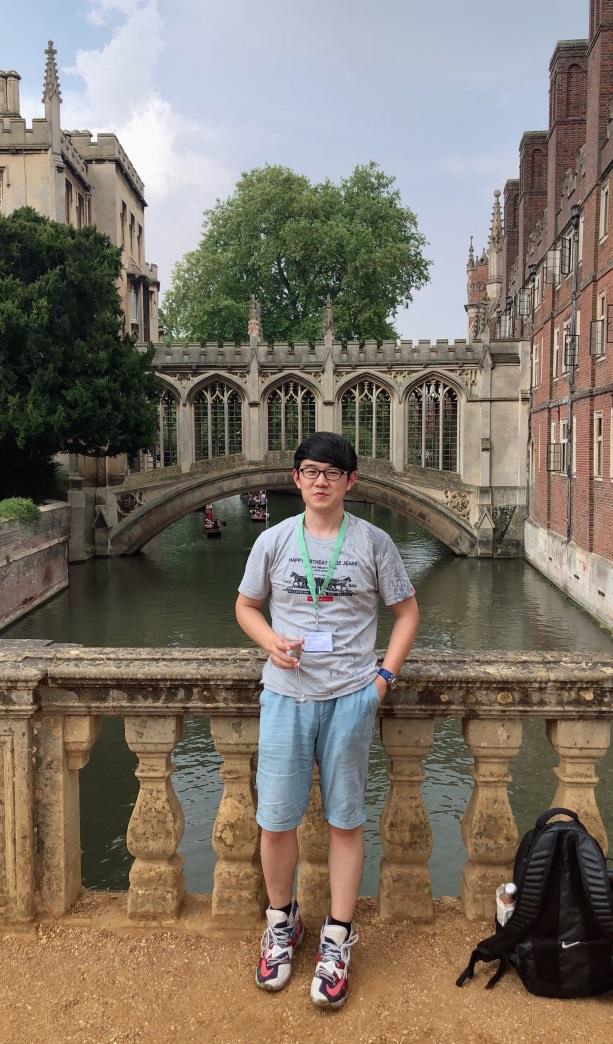 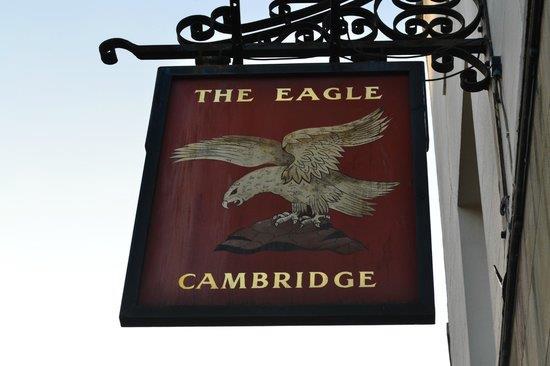 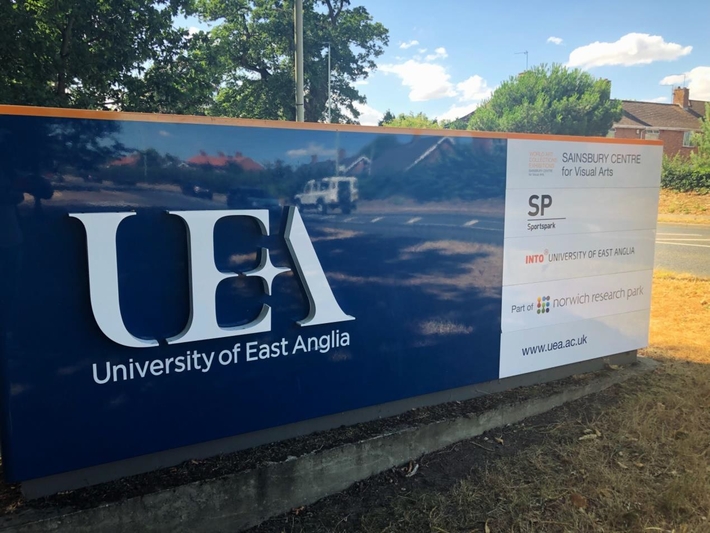 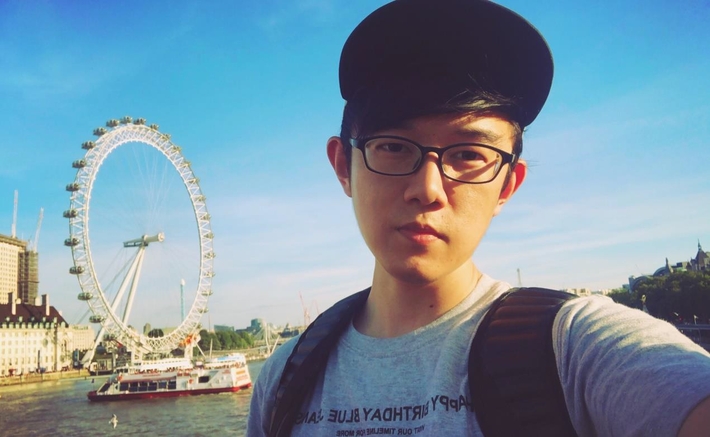 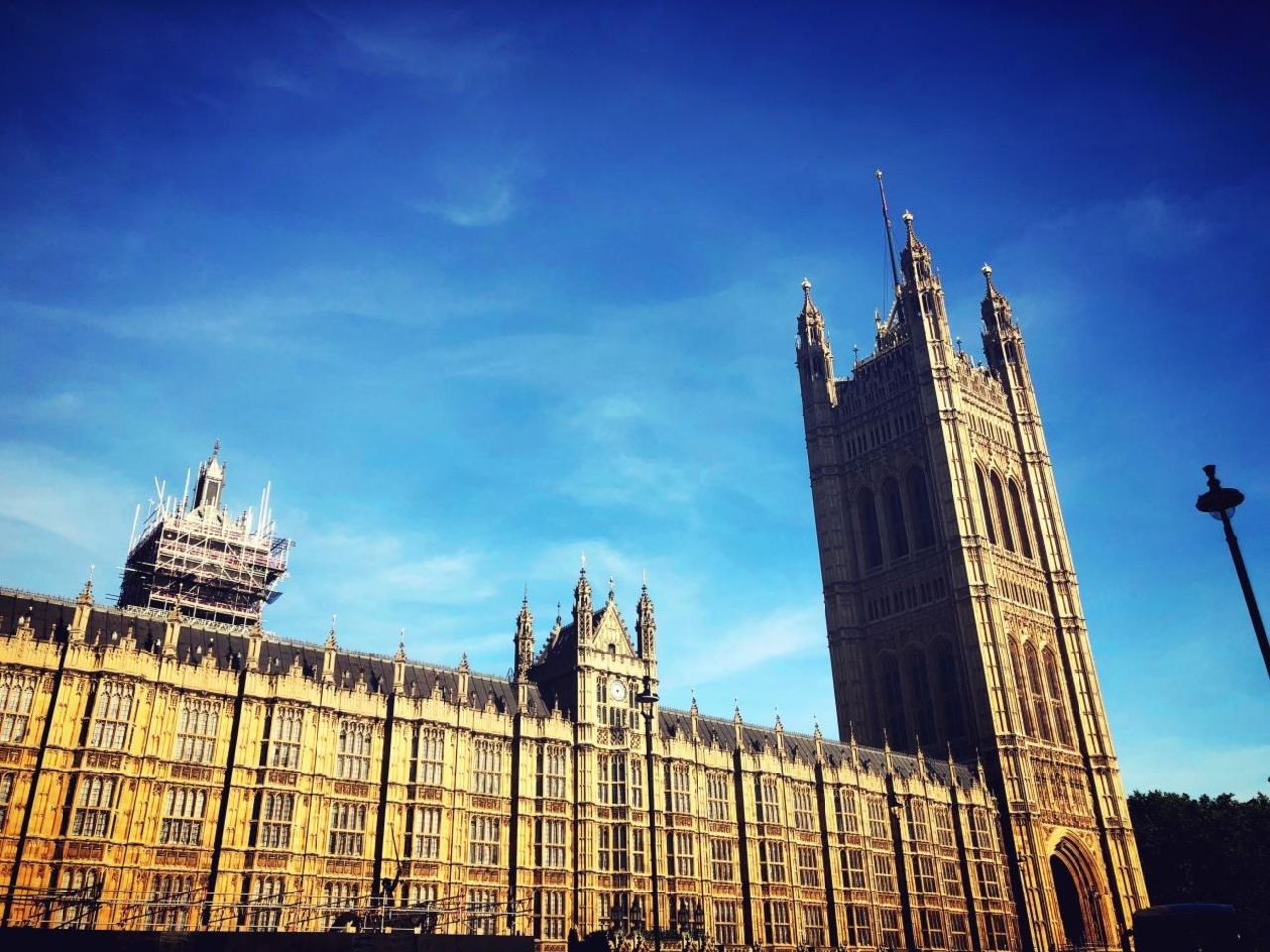 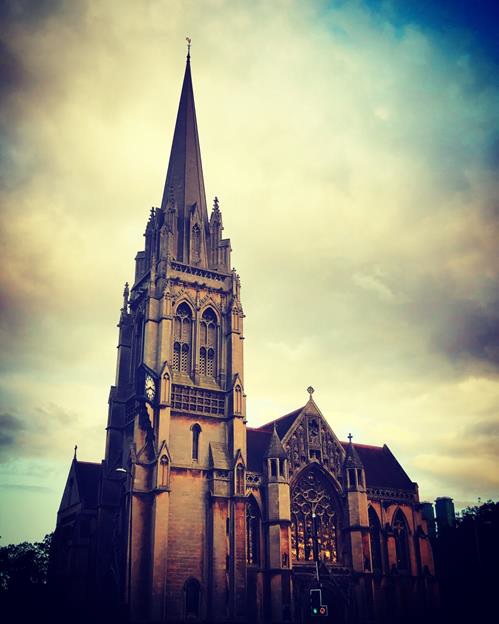 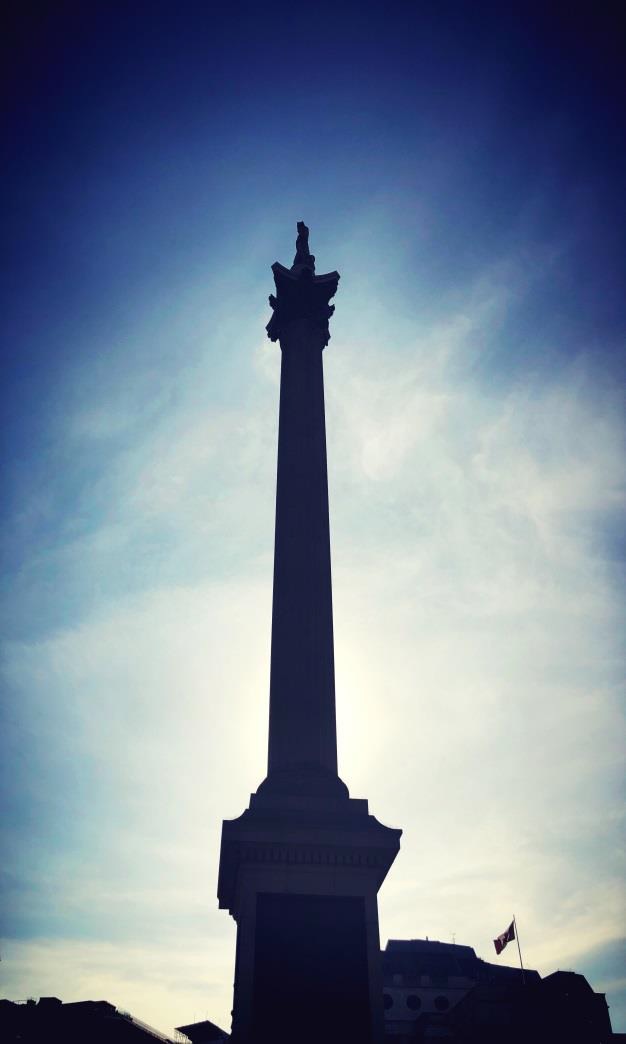 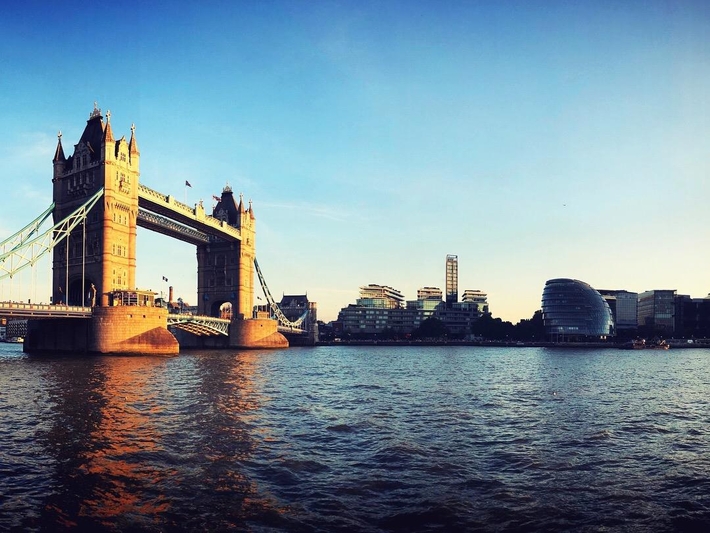 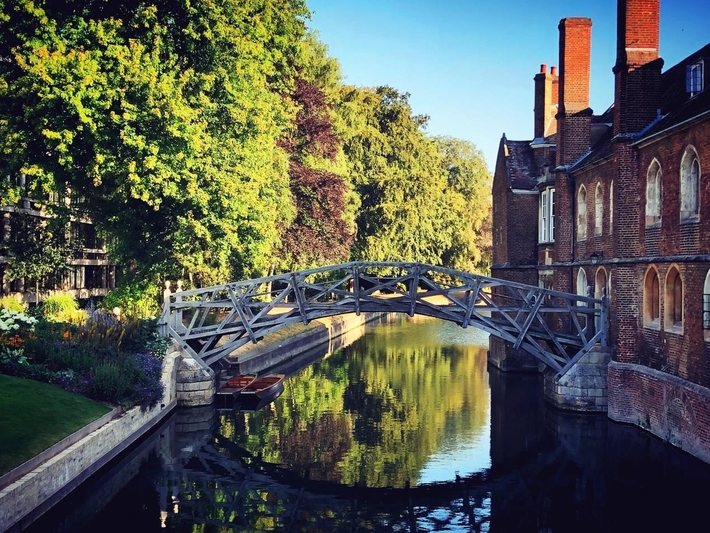 My principle researches are about bionic robots, I study biomechanics and fluid dynamics of flying / swimming animals aiming to create biomimetic small, agile, and safe aerial / aquatic robots. I also focus on biological micro structures of such animals and micro fabrication technologies for biomimetic components. For example, we observe and study how hummingbirds fly, how do they change their flight direction and how do they make it possible to hover in the air by changing the wings’ flapping frequency and magnitude, and then we design and fabricate a flying robot to mimic their flight action as much as possible. Therefore, to innovate biomimetic mechanisms possessing biological softness and micro structures, I need to learn and research about ethology first which is an important branch of zoology that is provided as one of the courses in the Science Summer Program. 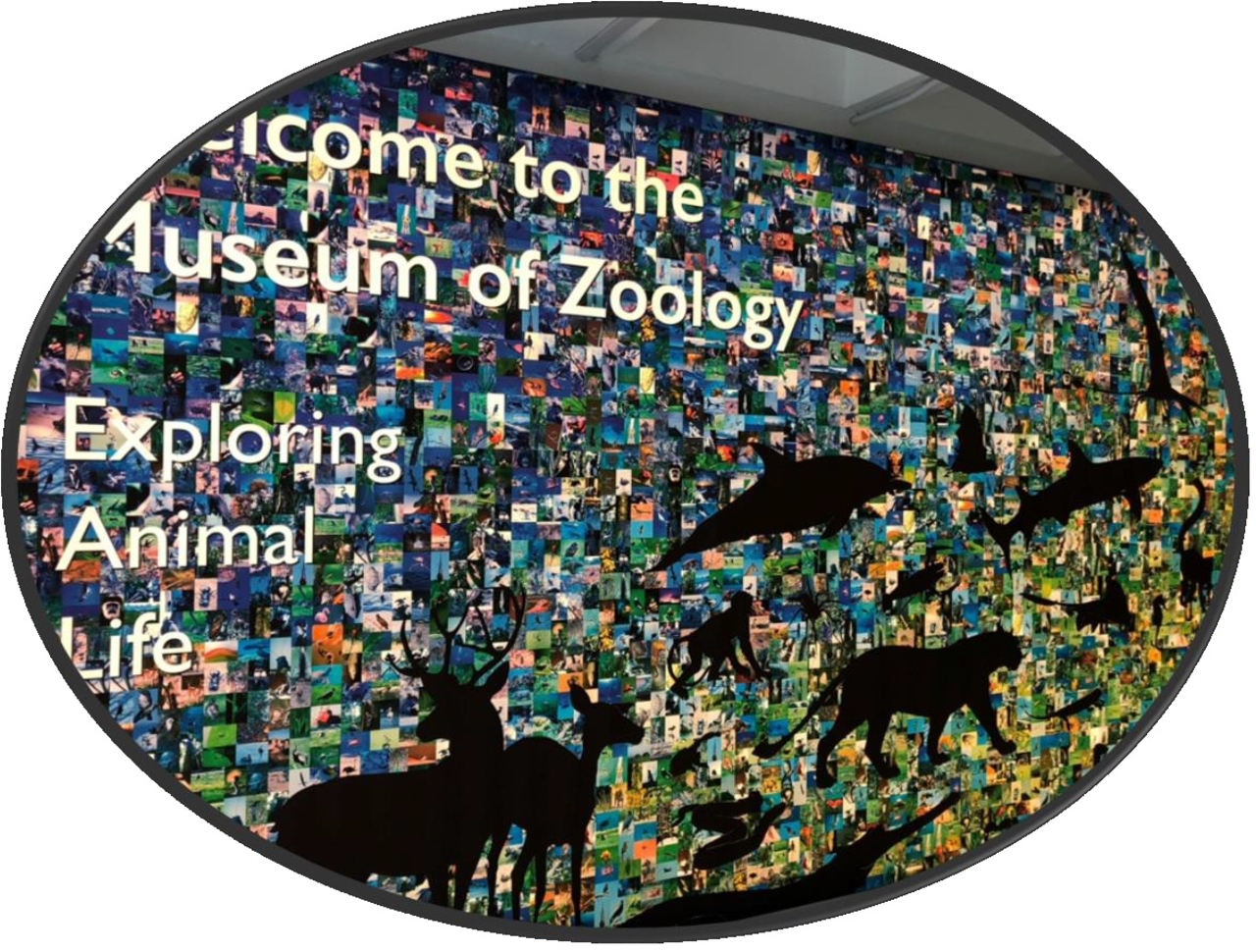 I gained the basic knowledge and research methods as well as direction of ethology after studying this course and talking with professors, instructors or researchers in Cambridge. That is definitely of great help for my future academic and research career.

But obviously I have gained far more than the academic and research outcomes from this science summer program, because on a more personal basis, I’m a student who always seeks new adventures and have great passion on international activities. I love traveling and communicating with people from different countries or different cultures, this experience can help me gain more independence, develop my leadership skills, increase my knowledges of related research areas, as well as give me the opportunity to experience the cultures of not only the university of Cambridge, but as well as UK. I can get a deeper insight into UK’s culture which is the culture that I’m most interested in through this program, which will enrich my life and give me a different perspective of the world. It can also help me to gain a better understanding of the world around me while pushing my limits, and then expand my world view, help me to grow as a global talent. What’s more, I can have a positive impact on many students in Tokyo Tech by sharing my new thoughts, feelings, opinions andknowledges on various subjects after my return. 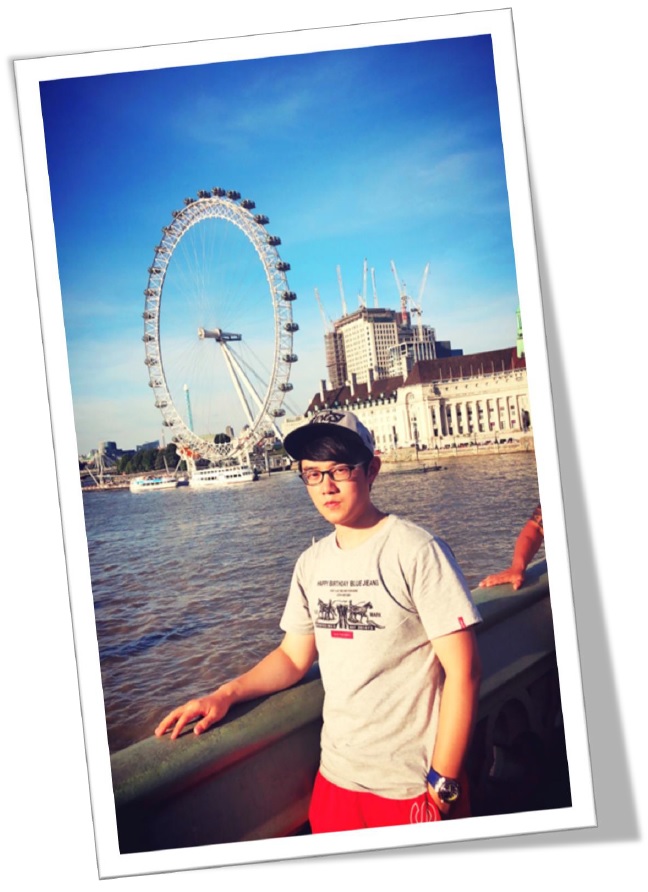 In the end, I’d like to talk about dreams. To be able to study in Cambridge has always been a dream for me from when I was still a child, this program provide me an opportunity to make my dream come true, that’s the best thing ever in my life. Thanks to everyone who has helped me, and thanks to myself for never giving up.