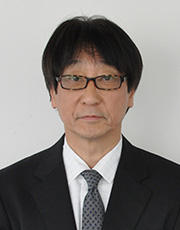 Shigeru Hioki has been Vice President for Public Engagement at Tokyo Tech since August 2020.

After earning his bachelor's and master's degrees from Tokyo Tech's Department of Architecture and Building Engineering in 1973 and 1975 respectively, Hioki joined Shimizu Corporation in April 1975. In 1986, he moved to New York to assume the post of design director at Shimizu North America LLC, returning to Japan in 1991.

In 2008, Hioki became executive officer and general manager at Shimizu Corporation's Design Division, and then took over as managing officer three years later. In 2014, he became senior managing officer and director of the Design and Proposal Division. Hioki founded the architectural consulting firm Atelier SH in April 2016. Two months later, he was named vice president for fund development at Tokyo Tech, a role which he fulfilled until July 2020.

Hioki is a qualified 1st-class architect and kanri kenchikushi (managing architect) in Japan. One of his major works, the Shimizu Institute of Technology New Main Building completed in 2003, was awarded the Japan Federation of Construction Contractors BCS Prize in 2007. Since 2000, Hioki has received the Tokyo Architectural Award once and the Good Design Award three times. He is also a qualified architect in the US, holding membership at the American Institute of Architects, and is a board member at the Japan Association of Artists, Craftsmen and Architects.