Footprints in the history of modern design

The prosperity of a nation depends on its capacity to produce marketable products--products that are both functional and elegant. Tokyo Technical School, Tokyo Tech's forerunner, recognized that superior industrial design is necessary for the future competitiveness of Japan and established the Department of Industrial Design in 1897. After many twists and turns, the Department led the way to the foundation of a new school specializing in industrial arts, leaving a lasting imprint on the development of Japanese industrial design.

The following is a history of the Department of Industrial Design and its two pioneers.

Establishment and dissolution of the Department of Industrial Design

Tokyo Technical School's Department of Industrial Design was established about a hundred years ago during the tenure of Principal Seiichi Tejima on the basis of the idea that industrial products should be easy to use and have aesthetic value in addition to providing good performance. However, after 17 years, the Department was dissolved and reestablished, with its student body still intact, in the Tokyo Fine Arts School, the forerunner of Tokyo University of the Arts.

Reestablishing the department proved to be challenging from the start. The aspect of engineering, which is essential for producing goods with functional beauty, could not be taught effectively in art school. Furthermore, the general population at the time favored Japanese art and was dismissive of Western applied arts. As a result, the department's aim to teach industrial design was not met with immediate acceptance. 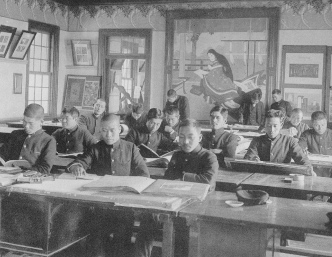 Classroom of the Department of Industrial Design 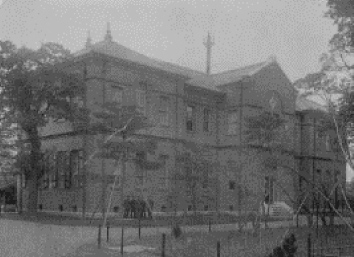 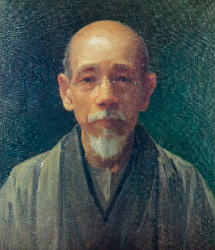 Hisashi Matsuoka was born in 1862 in the feudal domain of Okayama in western Japan. He studied at a school of sinology as a child but was more interested in painting than sinology--so much so that he spent most of his time painting pictures in calligraphy class. In 1877, Matsuoka enrolled in the newly-established School of Arts and Technology, an affiliated school of Imperial College of Engineering, one of the forerunners of the Faculty of Engineering at the University of Tokyo, as a member of the inaugural class of the Department of Painting.

In the wake of the resignation of Antonio Fontanesi, an instructor at the school whom Matsuoka had great respect for, he felt discontented with the education he was receiving and withdrew from the School of Arts and Technology in 1879. Along with fellow students who had decided to withdraw from the school at the same time, Matsuoka set up a group called "11 jikai" [Letter 11]--named after the fact that they matriculated in November and withdrew in year 11 of the Meiji period--to further their learning.

Matsuoka studied in Europe and worked as an accomplished oil painter after returning to Japan while trying to improve the country's perception of Western painting. He was also enthusiastic about applied arts and committed himself to the development of the crafts industry as an officer of the Bureau of Patents. Matsuoka's efforts won the confidence of Principal Tejima and he was appointed to the head of the Department of Industrial Design in 1906.

Matsuoka continued to emphasize the importance of industrial design here as well and successfully sent Department faculty abroad. This was a notable accomplishment as the Department did not have the privilege to send its faculty abroad when he initially took up the post. The first faculty member to travel abroad was Associate Professor Rokuzou Yasuda.

Rokuzou Yasuda was born in Tokyo in 1874. After teaching at an elementary school, he matriculated at Tokyo Higher Technical School (formerly Tokyo Technical School). Upon graduating from the school's Department of Industrial Design, he became an associate professor of the Department. He then went to Austria and studied under Josef Hoffmann at the Vienna School of Arts and Crafts. Hoffman was a recognized architect and designer, and one of the pioneers of modern design. His practical and utilitarian style of design coincided with the style of design sought by the Department.

Yasuda traveled around Western Europe before returning to Japan in 1914. He was promoted to professor in the same year, but to his dismay, the Department dissolved after a few months. Except for Yasuda, who was instructed to stay at Tokyo Higher Technical School, faculty members of the Department were transferred to the Tokyo Fine Arts School along with the students. 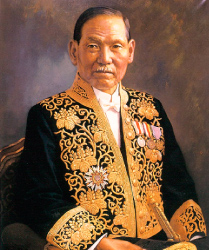 Long-awaited establishment of a school specializing in industrial design

After the dissolution of the Department, a groundswell of discontent developed among those transferred to the Tokyo Fine Arts School--perhaps due to the influence of Matsuoka, Yasuda and others--and a plan to establish a new school began to gather momentum.

To their advantage, the Ministry of Education was concurrently developing plans for higher schools of technology (professional schools administered under the old education system). Being in line with the Ministry's policy, Tokyo Higher School of Industrial Design was established in 1921 as one of the newly-established higher schools of technology.

Matsuoka and Yasuda were invited to serve on the founding committee of the school along with Professor Einoshin Yoshitake. After nearly one year of preparation, the long-awaited school was finally established. The school's name in Japanese contained the word kogei, or crafts, reflecting its commitment to developing technologies to create beautiful and functional products. The founders of the school believed that producing professionals with competency in both engineering and artisanship was necessary for the development of Japanese industry, and consequently of national power. Matsuoka served as the first and third, and Yasuda served as the fourth principals of the school. 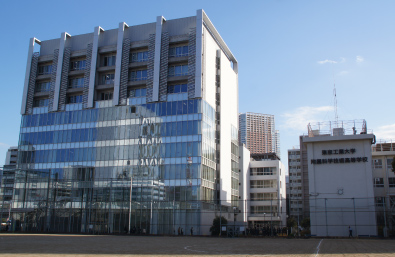 Tokyo Higher School of Industrial Design was located in Shibaura, where Tokyo Tech Tamachi Campus is today. From its opening in 1922, the school produced talented graduates for nearly 27 years. However, in May 1945, Tokyo Higher School of Industrial Design lost most of its school buildings due to fires caused by air raids and was compelled to move to Matsudo City, Chiba. In the postwar educational system reform, the school became one of the parent organizations of Chiba University and made a fresh start as the forerunner of the Faculty of Engineering at the University.

The operation of two schools affiliated with Tokyo Higher School of Industrial Design was initially transferred to Chiba University: that of school of vocational studies and school of telecommunications. The operation of the former, which was the only school on campus that survived the fires, was transferred back to Tokyo Higher Technical School--which had changed its name to Tokyo Institute of Technology--because it was located in Tokyo. The school eventually became the forerunner of Tokyo Tech High School of Science and Technology at the Tamachi Campus.