Here are some of the highlights of 2013 at Tokyo Institute of Technology (Tokyo Tech). The Tokyo Tech community offers you our best wishes for the New Year. 2014 promises to be another exciting year and your continued support is greatly appreciated.

With the aim of producing human resources who will contribute to the betterment of Japan and the world, Tokyo Tech began implementing education reforms that will build an education system and create a learning environment on a par with those of the world's top universities. The reforms are scheduled to be fully in place by April 2016. 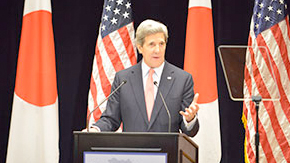 United States Secretary of State John Kerry spoke at Tokyo Tech on April 15. It was the first policy speech in the second term of the Obama administration given in Asia.

Aiming to Become One of the World's Top 10 Research Universities

Tokyo Tech was selected as one of the organizations for support in the Program for Promoting the Enhancement of Research Universities by the Ministry of Education, Culture, Sports, Science and Technology. The program boosts efforts to create better research environments and reinforce research in Japan. For the goal of becoming one of the world's top 10 research universities by 2030, Tokyo Tech will revitalize its research environment, establish support systems, promote internationally competitive research and cultivate young researchers.

Twenty-Kilometer Flight by a Human-Powered Aircraft 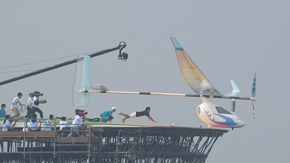 Meister, one of Tokyo Tech's extracurricular clubs, took first place in the human-powered aircraft distance rally category of the 2013 Japan International Birdman Rally with a flight distance of 20,399 m. This was Meister's 5th victory; its last win was three years ago. 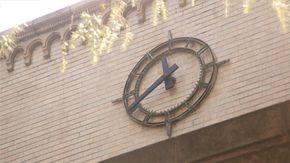 Three buildings on the Ookayama Campus were granted the status of Registered Tangible Cultural Properties by the Japan Agency for Cultural Affairs in July. They are the West Building 1 completed in 1931, the Main Building completed in 1934 and the 70th Anniversary Auditorium completed in the late 1950s.

Greenest Supercomputer in the World 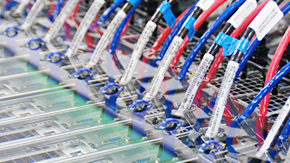 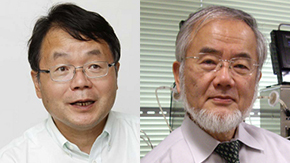 Frontier Research Center professors Hideo Hosono in the field of physics and Yoshinori Ohsumi in the field of physiology or medicine were selected on September 25 as Thomson Reuters Citation Laureates (strong contenders for the Nobel Prize). The prize is conferred on scientists chosen from the top 0.1% of the most-cited researchers in each field in the Web of Science, Thomson Reuters' world-class academic research and citation database.

Tokyo Tech launched its new website on October 1 to communicate various Tokyo Tech activities to the global community in an expeditious and easy-to-understand manner.

The Institute's New Year's holidays are scheduled as follows.