Student notebooks from 100 years ago

During the Meiji Period (1868-1912) in Japan, engineering students had to make do without textbooks due to the lack of material translated into Japanese. These students relied mainly on their professors' lectures and blackboard notes, many of which were in English. For these youngsters, their personal notebooks became their textbooks. The records they so diligently kept formed the foundation of knowledge that would enable them to spearhead the nation's policy of encouraging the development of new industry. 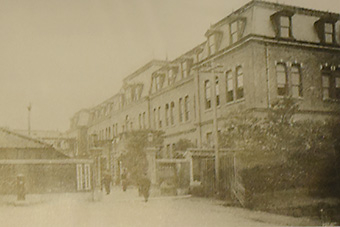 Tokyo Tech has carefully preserved notebooks from three students who attended Tokyo Higher Technical School, the school that would later become Tokyo Tech. In October 2015, these valuable treasures were on display at a special exhibition, "Notebooks — the quintessence of learning," held at Tokyo Tech's Centennial Hall.

The words that reach out from these notebooks are both moving and valuable. When turning the 100-year-old pages of these handwritten gems, one can sense the determination of the notetakers — young academics who had little choice but to master the material quickly in an extremely demanding learning environment. Institute Professor Shigehisa Hirose and Lecturers Koichi Endo and Takayuki Ako, three faculty members at the Tokyo Tech Museum, recently shared their thoughts on these prized documents. 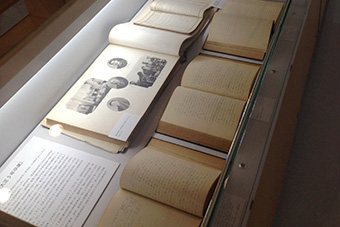 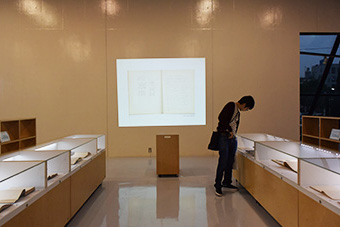 An anthology on past cutting-edge technologies

The notebooks written by Genkichi Niki (Class of 1910, Department of Mechanical Engineering), amazingly, are still sturdily bound. They include the names of his classes engraved in gold letters on the blue-black spine of the notebooks, making them look more like volumes of an encyclopedia. Niki took notes during lectures, copied down his professors' explanations from the blackboard, and then assiduously organized the content. The collection of forefront knowledge and technology cataloged in these notebooks is not only a record of what was taught during his three years at the school, but is also an irreplaceable archive showing the foundation of Japanese science and technology, which would rapidly develop soon after.

The notebooks are divided by subject. Notes from lectures given by Professor Sadakazu Handa, then head of the Department of Mechanical Engineering, and Professor Gompachi Asakawa, who was in charge of applied mechanics and engines, are detailed and clear. The meticulous records of the design and operation of the machines studied by Niki is a statement of the seriousness of this engineer of the past.

It was when Niki was enrolled at the school in the late Meiji Period that machine industry in Japan began gaining momentum. His notebooks are filled with information on state-of-the-art technology from around the world, information that was being taught in Japan exclusively at his school. With this carefully recorded knowledge, Niki and other graduates would go on to play important roles in advancing the modernization of engineering in the country. 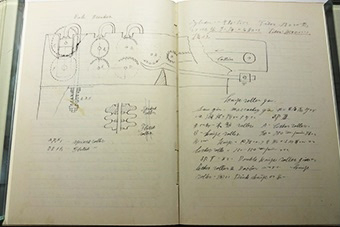 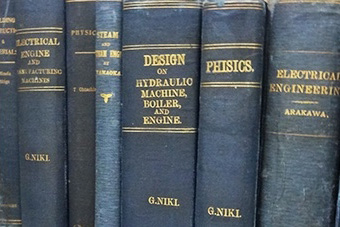 Drawing of spinning machine manufactured by Platt Brothers & Co Ltd, UK, which a student may have copied from the blackboard (left), Niki's timeless collection (right)

Education: A core map for life

"The knowledge students need to become engineers has increased massively. With so much to take in and process, computers — the notebooks of the 21st century — have become an essential tool for both students and faculty," Ako points out. Today, it is not uncommon to see students taking photos of the blackboard instead of manually writing notes. Technology has changed teaching, learning, and note-taking methods over time.

So what else do these century-old notebooks tell us? Hirose explains, "Schools provide students with an education that gives them the ability to adjust to various environments and information, and as a result, mature in society. I call this individual ability concept mapping. With a core concept map as the foundation for the individual student, each can then add geographical, environmental, and nominal data to the outer branches of this map as they grow and become more experienced." Through the process of recording and systematizing the knowledge they acquire, students can create their own maps for their personal lives and needs. The preserved notebooks of Niki are a window to his personal concept map. 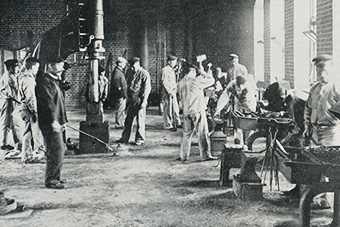 When we think about notebooks, we tend to focus on the notetakers, the students. So what do these notes tell us about faculty? Endo comments, "When these notebooks were being filled a hundred years ago, I think the students understood the importance of what they were learning. However, the faculty also must have known that their lectures were training youngsters who would advance Japanese engineering and create a new future." One hundred years ago, Japan urgently needed individuals capable of applying their engineering expertise to modernize the nation. While the field of engineering is still considered a very practical science today, these pressures to rapidly elevate a whole country to new levels of modernization have arguably subsided.

Modern times, however, present new challenges. Students need to be able to identify what is important within the constant flood of information rushing at them, and then must systematize that knowledge. Referring to what has been passed down by Niki and others, Hirose concludes, "Students today can take hints from these 100-year-old notebooks to master the skills and knowledge they are learning. The modern versions of these notebooks may include digital devices, software, sound, and images. However, even though the methods of recording and systematizing information have significantly developed, the process of mapping concepts remains unchanged."