One man's meat is another man's poison. Literally. The toxin in fugu, or pufferfish, has plagued humans — particularly the Japanese — since ancient times. Tracing back the history of study into the toxin, the trail leads to Tokyo Tech's Ookayama Campus, where a breakthrough in research into the substance was achieved.

Studies began at the turn of the 20th century

Effects of poison and initial research 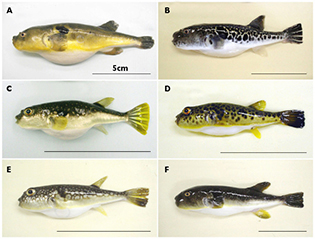 When consumed by humans, pufferfish poison does not damage the brain or heart muscle, so one remains fully conscious as the effects start to kick in. Because it paralyzes the skeletal muscles, however, poisoned victims lose the ability to speak and move their hands and feet, and eventually become unable to breathe. The heart will briefly continue to beat. If the condition is recognized quickly and artificial respiration is performed, it may be possible to prevent death. Unfortunately, the reality is that most cases end in the worst imaginable way.

Chemical investigations into pufferfish toxin are said to have started with Juntaro Takahashi (1856-1920) and Kichindo Inoko (1866-1893), professors at Tokyo Imperial University who created a toxicity table in 1889. Director Yoshizumi Tahara (1855-1935) of the Tokyo Institute of Hygienic Sciences continued this work, isolating the toxin from pufferfish ovaries and partially purifying it. In 1909, Tahara called the substance tetrodotoxin (tetrodo + toxin) after the Tetraodontidael family, the name of which refers to the four fused teeth of the fish. 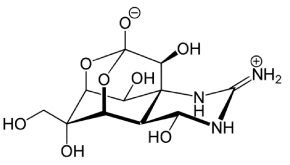 Immense difficulties arouse, however, when researchers tried to retrieve tetrodotoxin in its purest form. The man who made this his mission was Tokyo Tech's Akira Yokoo (1911-1994). After graduating from the Department of Science at Taipei Imperial University, the seventh imperial university during the Japanese occupation era, Yokoo joined the Organic Chemistry Laboratory at Tokyo Tech in 1936. He conducted research on natural toxic compounds under Toshio Hoshino (1899-1979). It was in 1938 that Yokoo became assistant professor and embarked on the long journey of pufferfish toxin research. The seeds of his enthusiasm were sown by Toshiyuki Majima (1874-1962), a professor at Tohoku Imperial University who also taught at Tokyo Tech. "Although pufferfish is a Japanese delicacy, research into its toxin has not progressed at all. Something must be done," Majima once pointed out. Hoshino heard this and suggested that Yokoo take on the challenge.

Overcoming the ravages of war 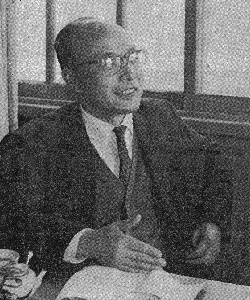 Yokoo took Hoshino's advice. He began tirelessly repeating chemical extraction and precipitation processes on mashed ovaries of pufferfish to increase the concentration of the toxin. The first extracted amount was huge, about one large basinful, and required a tremendous amount of physical strength and patience. Yokoo even conducted the toxicity tests himself, injecting mice with the fractioned liquid before observing the effects. Three years later he succeeded in obtaining a sample of high purity toxin.

Research was further hampered by the outbreak of World War II. Yokoo struggled to carry out suitable experiments, but refused to give up. He turned to the large population of frogs around the campus, using them for his toxicity tests rather than mice, which were much more expensive and hard to come by. By the end of the war, it appeared he had achieved purification. In October 1945, he presented his interim experiment results at the annual meeting of the Chemical Society of Japan. He subsequently submitted a paper on the topic in July 1947. By then, he had been carrying out research on pufferfish for nine years.

Soon after, Yokoo was hired by the newly established Hiroshima Prefectural Medical University, where he was put in charge of the preparatory course in chemistry. There, he continued his research on the toxin in a small laboratory. Despite the deficient equipment and a lack of funding, Yokoo managed two years later to extract 65 mg of crystalline toxin from 50 kg of tiger pufferfish ovaries. He named the substance spheroidine according to the genus Spheroides, but later verified that it was the one and same tetrodotoxin.

Thanks to Yokoo's improvement of the purification method, the amount of tetrodotoxin extracted from 50 kg of ovaries soon increased to almost 1,000 mg. Efforts in structure determination and elucidation of the mechanism of action continued in the mid-1960s. Although the accuracy of the determined structure could be judged based on the compound's toxicity, organic synthesis chemists were challenged due to the extreme complexity of the compound. Nevertheless, they knew that if a derivative of tetrodotoxin could be obtained, development of local anesthetics and other drugs would follow. Research continued, and eight years later in 1972, Yoshito Kishi (1937-) and other researchers at Nagoya University were finally successful in achieving total synthesis. The structure had been confirmed.

Tokyo Tech's attempts at total synthesis continued under the guidance of Juji Yoshimura (1925-2013) at the Laboratory of Chemistry for Natural Products, which was the center of life sciences from 1965 to 1986. At the forefront of the research were Masuo Funabashi (1939-), a Yoshimura lab research associate, and Ken-ichi Sato (1947-) who joined the lab as a graduate student and later became a research associate. After finishing his time at the lab, Sato moved to Nagano prefecture to work for Kissei Pharmaceutical Co. Ltd., filing seven international patents in less than two years. These included the development of anti-allergy drug Rizaben through the modification of nandina. While viewing the harsh Nagano mountains, however, Sato decided that he still wanted to "climb the harsh mountain of life." He returned to the Yoshimura lab to continue with his doctoral studies in 1975. Besides his original research on the development of branched-chain sugars, Sato continued to explore new sugar-based approaches to synthesis of tetrodotoxin. His long road came full circle when he returned to Kanagawa University, his alma mater. "Research is our romance," he would often tell his students as he continued aiming for the top.

Sato's efforts bore fruit when he finally succeeded in asymmetric total synthesis1 of tetrodotoxin from myo-inositol and D-glucose. His development of three different synthesis routes was highly regarded, earning him the Gerald Blunden Award2 in 2014. 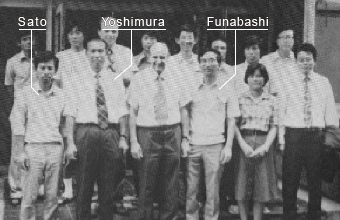 Members of Yoshimura lab in 1976 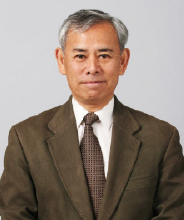 The pufferfish genome3 was decoded earlier than those of many other organisms as molecular level analysis was relatively easy, making the fish a model organism. Breeding of and studies into pufferfish continue today at the Suzukakedai Campus. Using the groundwork laid by the likes of Akira Yokoo and the pufferfish as a model organism, Tokyo Tech has produced numerous significant findings such as elucidating how saltwater fish excrete boric acid and ammonia, toxic substances often found in seawater.

All genetic information (DNA sequence) equivalent to the blueprint of life