Study Abroad: From Tokyo Tech into the World 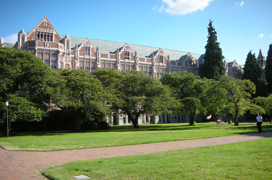 About TASTE TASTE is a scholarship program for attending a language study program at a university abroad. UW's Short-Term Intensive English program has two courses: Orientation to Academic Skills STEP, which I attended, and Language and Culture STEP.

Why I Applied for TASTE I would like to study at the UW as an exchange student through Tokyo Tech's academic cooperation agreement. Since I had never studied abroad before and my overseas experience was limited to traveling, I had no idea about what it would be like to be an exchange student, and was worried about staying in a foreign country for a long time. That is the reason why I applied for TASTE, and studied at UW when I was a 3rd-year undergraduate student. I wanted to have a more concrete image of studying abroad through a short-term stay for language study.

Classes at UW Orientation to Academic Skills STEP is a three-week program, and each class was three-hours long, from 9 a.m. to 12 noon, on weekdays. I studied with a small group of international students who were mainly from Japan, Korea and Saudi Arabia. The classes focused on academic skills, and some of them were similar to those at Tokyo Tech, such as the one where we had discussions after watching documentary movies. 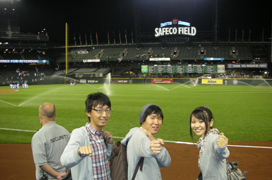 Life at UW I stayed with a host family and went to the UW by bus. It took about 30 minutes. I had classes only in the morning, so in the afternoon I would go downtown with classmates for fun and do homework with them at a library. How you spend the afternoon makes a difference. I would suggest spending as much time as possible with your classmates or your host family rather than spending time alone. 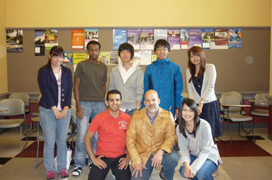 Message to Students Thanks to TASTE I experienced many things and gained the confidence to study abroad for a longer period. I was able to get a more concrete idea of what studying at the UW would be like, which motivated me to study for the TOEFL test. And, owing partly to the language study program I did through TASTE, I was recommended for Tokyo Tech's exchange student program for 2013 as I met the minimum score of 93 in the TOEFL iBT, which is required for studying at UW.

To those who have never studied abroad or who want to have a preliminary experience at a university before studying abroad for a longer period, I would strongly recommend the TASTE program.

Some things can only be discovered abroad 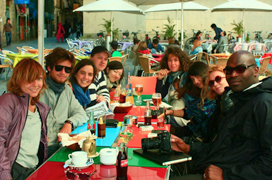 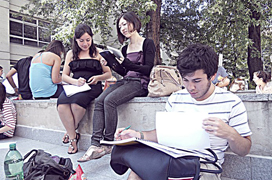 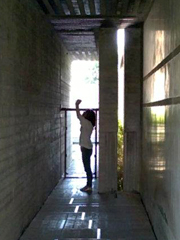 I chose to study in Italy because my major is the history of architecture. I hoped to study in Italy because thanks to its long history of architecture, Italy is the frontrunner in research and techniques for architectural conservation. In Japan, the idea of architectural conservation is not yet common. I chose Politecnico di Milano because the university actively accepts international students and offers lots of classes in English. I suppose the convenience of living in a large city played a role in my decision as well.

Classes at Politecnico di Milano I was not affiliated with any laboratory and was free to attend both undergraduate and graduate classes as an exchange student. I took English-taught classes only and some of them were lecture-type classes such as history and sociology. In addition, I attended a group work class called Studio both semesters. In the first semester our Studio participated in an international competition and went to Barcelona for fieldwork. In the second semester, I learned various theories of conservation and specific skills that are used for the conservation of famous works of architecture in Italy at a conservation studio, which was my primary reason for studying in Italy. For the final exam, in addition to submitting architectural models, we had oral examinations in English. As I had never had English oral exams before, I had a very hard time.

Message to Students You might have a lot of trouble in terms of administrative procedures when you study abroad, especially in Italy. However, there are many things to discover which you would not be able to do if you didn't go overseas. The biggest discovery and benefit of studying abroad for me was to become able to view myself and Japan through an objective lens, as opposed to getting to know the world. I sincerely hope that you too will have great encounters and make discoveries while studying abroad.

Experiencing, growing and broadening your horizons 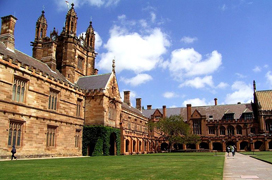 Historic Building at the University of Sydney

About University of Sydney I studied at the University of Technology, Sydney for a year as an exchange student through Tokyo Tech's academic cooperation agreement when I was a 2nd-year student in my master's program. I very much enjoyed studying and living there. That was the primary reason for deciding to study in Australia again. Other reasons for choosing the University of Sydney were that the university has a department in my preferred academic field, a high educational standard, and good local and campus environments.

The University of Sydney is the oldest university in Australia and is a comprehensive university with various departments ranging from the humanities, to the sciences and medicine. International students from all over the world study there and you have a chance to get to know people from various countries. The system for receiving international students at the University of Sydney is well organized, which makes it easy for them to live and study there. 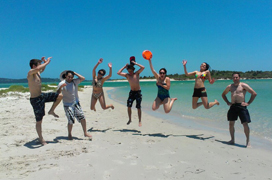 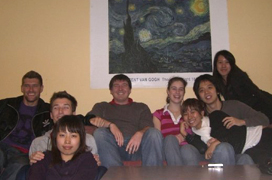 Education and Research at the University of Sydney I regularly meet my academic supervisor, and on the basis of these discussions I conduct research. The courses in the doctoral program are research only and I have no classes. I usually spend much of my time reading books or using a PC at a research center for doctoral students. In addition, I attend language workshops for international students and seminars with guest speakers in my department.

At the language workshops I learn academic English, and on top of that meet other international students in different departments from other countries. At the seminars in my department, I only understood the technical matters at first. However, these seminars have now become precious opportunities to hear about various study cases firsthand.

Message to Students If you study abroad, you have nothing to lose but many things to gain. Naturally you might have difficulties understanding foreign languages or different cultures. However, those were the very experiences which forced me to grow and broaden my horizons. In retrospect, I only have memories of productive and happy days. If you have any interest in studying abroad, you have no reason not to do so. I strongly recommend studying abroad.