Tokyo Tech is a member of ASPIRE (Asian Science and Technology Pioneering Institutes of Research and Education) League, comprising five leading science and technology universities in Asia. Operated as a consortium, Tokyo Tech collaborates with other members of the League, including the Hong Kong University of Science and Technology, Korea Advanced Institute of Science and Technology, Nanyang Technological University in Singapore and Tsinghua University in China. By exploiting commonality such as being located in Asia and engaged in advanced science and technology research, the ASPIRE League provides various programs, including granting subsidies to promote joint research projects, cross-university workshops and summer programs for students. Each activity is supported by a host university as a university-wide effort. This article introduces the background of the ASPIRE League, member university profiles, consortium activities and other related topics.

Agreement extended on July 10, 2014,
during the ASPIRE Forum

The catalyst was Tokyo Tech's proposal in 2009 to establish a consortium among leading science and technology universities in Asia, in response to the growing recognition of the importance of promoting educational and research projects, and developing researchers to cope with the need for increasing global competitiveness. Social expectations of universities in terms of making scientific and technological contributions to create a sustainable society also supported this motivation. As a result, the Memorandum of Understanding on the Implementation of Asian Science and Technology Pioneering Institute of Research and Education (ASPIRE) League was signed in 2010.

Based in Asia, the ASPIRE League actively collaborates with the IDEA League*, a university consortium in Europe, whereby both consortiums hold joint activities exchanging participants in respective workshop and summer programs.

All ASPIRE League members are distinctively characterized and represent their nations. Among them is Tsinghua University, which has engaged in a joint graduate program with Tokyo Tech since 2004.

The Hong Kong University of Science and Technology (HKUST)

A research-oriented university founded in Hong Kong in 1991 and equipped with diverse schools; not only including science and technology but also business management, human studies and social science. Ranked top for three years in a row since 2011 in the QS University Rankings: Asia, it also enjoys a high global reputation.

KAIST was established in 1971 as a research-oriented university to nurture elite researchers in science and technology fields. Renowned as a hotbed of talent, the university has provided a global company including Samsung Electronics with numerous excellent graduates engaged in research and development. Constant exchanges take place between KAIST and Tokyo Tech through various channels, including the ASPIRE League and TKT Campus Asia.

This rapidly expanding science and technology university was founded in 1991 and ranked 39th in the QS World University Rankings for 2014-2015. As an interdisciplinary university, it encompasses schools of science, technology, humanities and business, as well as a medical school jointly founded with Imperial College London.

Established in 1911 as a preparatory school for those students who were sent by the government to study in the United States. Comprising schools of law and humanities, Tsinghua University is a prestigious university in China, with alumni including many politicians and scientific and technological talents. The university and Tokyo Tech have links going back more than 30 years in the form of exchange programs, including TKT Campus Asia. 2014 marks the 10th anniversary of the Tokyo Tech-Tsinghua University Joint Graduate Program, the first dual master's degree program in Japan.

The ASPIRE Forum is held in July each year and features vice presidents from five universities congregating to share their activities, engage in international exchanges and discuss joint research projects held over the past year with other members. The forum also provides various inspirational programs, such as project-specific student workshops and symposiums including lectures by invited researchers.

Tsinghua University hosted the ASPIRE Forum in 2014, from July 7 to 11, under the theme "The Role of New Materials Technology in New Energy R&D". Over three days, participant students joined the industrial zone tours in Dezhou and Beijing Cities which were organized by the university, and attended lectures at the symposium held on the morning of the 10th which were given by professors from institutions including Tokyo Tech.

Students on a field trip 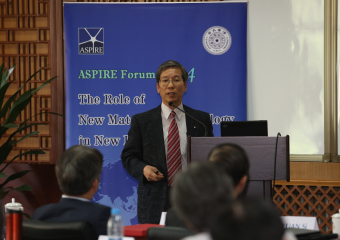 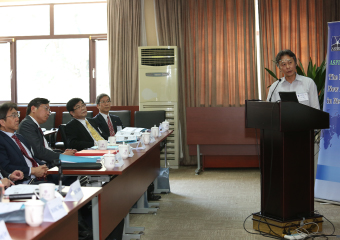 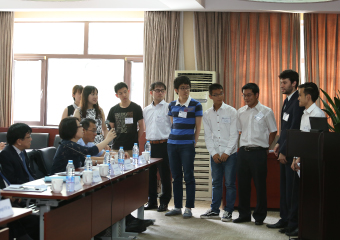 We had a very tight schedule; intensive company visits, various reports and presentations through interdisciplinary teamwork. We had several tough full days at Tsinghua University, but all the participants were very happy to make new friends and share different ideas, cultures and languages. It was a really exciting program.

I have made friends with the participants from other universities and we have shared our ideas about research, career, and life. The topics we discussed were deep and broad. I have learned so much from other members regarding culture, self-development, and international cooperation.

Tokyo Tech established a research grant scheme in 2011 to support joint research and ASPIRE League's satellite laboratories. Twelve projects were selected from FY 2011 to FY 2014; featuring a principal researcher from Tokyo Tech with co-researchers and students from member universities participating in joint projects and active exchanges. Such inter-league exchanges continue among many, even after the grant period has expired.

Lively discussion and research are also underway at conferences at Tokyo Tech and Tsinghua University for a project selected in FY 2014 and initiated by Professor Yuji Wada from the Department of Applied Chemistry, Graduate School of Science and Engineering. Researchers from all five ASPIRE League universities engage in this joint research project. 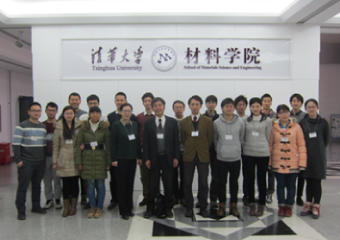 After our proposal was accepted in 2014, we started selecting project members and invited Professor Shihe Yang (HKUST), Dr. Byungha Shin (KAIST), Dr. Nripan Mathews (NTU), and Professor Hong Lin (THU) from the four ASPIRE League universities, as co-researchers. The project seeks to conduct basic and advanced studies on the perovskite-based hybrid solar cell, the profile of which has recently soared among solar battery fields due to its high conversion efficiency. Ultimately targeting practical applications of the cell, the Wada/Maitani group strives to create stable and long-lasting solar cells with high conversion efficiency by applying the preceding research achievements on dye-sensitized solar cells to perovskite-based hybrid solar cells. With these four researchers, who pioneer this promising solar cell research in their countries, the project comprising the five groups plays a crucial leading role as "a perovskite-based hybrid solar cell research hub" in Asia.

ASPIRE League activities comprise a wide spectrum. For example, each university hosts various events and programs for member university students. One example is the ASPIRE Undergraduate Research Academy, held at Nanyang Technological University from July 13 to 17, 2014. Under the theme "Sustainable Energy and Environment (water, energy, and climate change)," students experienced fulfilling activities spanning both day and night, such as lectures, visits to laboratories and research centers, a presentation session to share their research, and Singapore sightseeing.

Another such event was the ASPIRE E-Olympics held at the Korea Advanced Institute of Science and Technology, which featured students from member universities interacting with one another through basketball, dragon boat racing and quiz sessions.

The ASPIRE League in future: Inspiring research activities in Asia

Driving force of the ASPIRE League 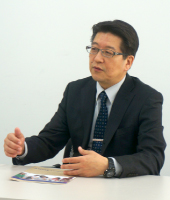 I was given the opportunity to be part of the ASPIRE League operational team right from the start. When the then Executive Vice President for Planning proposed the idea of forming a consortium to the other four universities, his intention was to enhance the presence of member universities excelling in science and technology. His wish eventually spawned a collective effort to enhance the presence of five universities as a consortium, rather than an individual entity. The IDEA League in Europe provided us with a good model and a close inter-consortium collaboration was incorporated into our original plan.

Tokyo Tech had already engaged in collaboration with these four universities through university-wide agreements and consortiums between schools. However, the ASPIRE League aimed to involve multiple institutions in a single collective scheme, with the focus on research. Following basic consensus at the Vice Presidents' Conference in July 2009, I visited all four universities; accompanying professors already in their affiliation to further discussions on future League policies. While Tokyo Tech is currently hosting forums and research grants (through satellite laboratories) as the first chair, student exchange programs held by member universities are expected to increase in future. Inter-consortium activities with the IDEA League presently center on student-level exchanges, however we are developing effective schemes to promote joint projects on specific themes, aiming to strengthen our mutual relationship through research.

The past five years since the ASPIRE League came into being have seen dynamic globalization among universities in Asia. While the Hong Kong University of Science and Technology and Nanyang Technological University are still relatively young at under 25 years old, their world university ranking is shooting up. Exploiting individual strengths and deepening the inter-university relationship, the ASPIRE League is expected to increase its global presence as a renowned science and technology university group in Asia.

The ASPIRE League Toward the Future 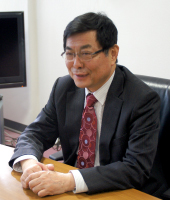 The ASPIRE League has made significant progress through collaboration and various activities, and will celebrate its 5th anniversary in 2015. While the recognition of Asia increases, global expectations of the League as a key player to establish a sustainable society through science and technology will increase, which is precisely why the ASPIRE League was established. As a member of the League, I will help enhance its activities by utilizing our strength as a research university and possibly extending our collaboration to include industrial fields in future. In addition, I hope that this consortium and the Asia region would achieve global renown and play a key role in contributing to global society by developing even closer partnerships with the IDEA League, our European counterpart.

In 2015, Tokyo Tech will intensify its involvement in research collaboration through joint research support in terms of research grants for applicants currently recruited. Moreover, we will soon start accepting applications to participate in student workshops in the ASPIRE Forum to be held at the Hong Kong University of Science and Technology in July 2015. With various unique activities, this event provides different aspects from those in the 2014 forum at Tsinghua University. Other new exchange programs are also under development at the League. Please look forward to seeing the ASPIRE League in future!