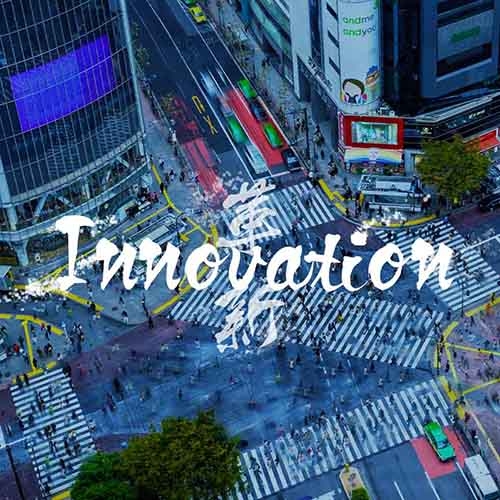 In the heart of Tokyo, and just a short train ride away from Shibuya Crossing, is Tokyo Institute of Technology, one of Japan's top universities for science and engineering. Tokyo Tech is now looking beyond the country's borders, recently opening a hub in Berkeley, California. Called Tokyo Tech ANNEX Berkeley, its purpose is to promote research collaboration with academic and industry institutions in the United States.

To commemorate the October 1 opening of ANNEX Berkeley, we spoke with two experts in academic and industry innovation and asked them to share their insights into how universities can contribute to advancing science and technology.

Evolutions of research and collaboration driven by technology

James M. Lisy, professor emeritus of chemistry at the University of Illinois Urbana-Champaign and renowned expert in the field of ion cluster spectroscopy, marveled at how technology has revolutionized the ways academic research and international research collaboration are conducted. 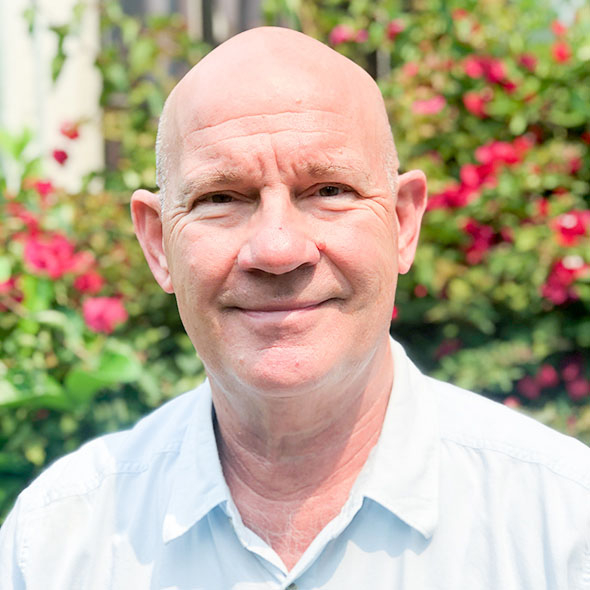 The emergence of computers, with ever increasing power and memory, has enabled researchers to more efficiently process, manipulate and analyze data, tasks which previously had to be done by manual or mechanical means. "Computers then began to actually control and perform data collection. These were significant advances and led to more sophisticated and elaborate approaches," Lisy said. "Now we have tremendous computational capacity. Supercomputers are ubiquitous throughout the world, and they're addressing problems which are highly complicated and multidimensional. We never could have imagined being able to do things like model atmospheric science or solar stellar atmospheres - the range is amazing."

In Lisy's own field, computers have powered the advancement of nanotechnology. They allow researchers to analyze, for example, macromolecular structures at the atomic level, which was considered impossible a few decades ago. Laser technology and crystallography (the study of crystal structure and properties) also have greatly contributed to advances in the chemistry domain, he added.

Another key factor, Lisy noted, was the advancement of computer networks. "When we think about the Internet and the way we can transfer information back and forth, not just between labs, but between groups, cities, and countries, all around the globe, this has also had tremendous impact. And we see it in how universities and academic institutions operate."

Another change computers brought to his field is synergistic interactions between experimental and theoretical groups. "Some of the problems that we're looking at are extremely sophisticated and complicated, doing an experiment by itself supplies only part of the answer. Computer simulations and calculations can supply a different aspect to that problem. But combining them in a synergistic approach, we're able to develop a fuller picture of some of the complicated systems that we were attempting to understand." 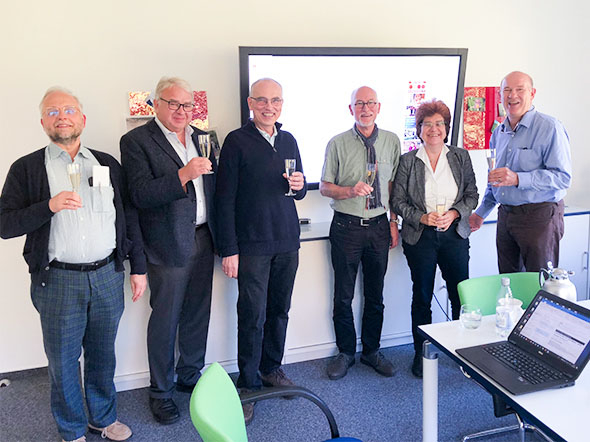 Against this backdrop, Lisy stressed that international collaboration is crucial to advancing research in any scientific field - be it molecular chemistry, nanotechnology, or climatology.

Scientific and technological advancements are global pursuits. Looking beyond the United States, "there have been tremendous advances made in Europe and in Japan as well, which have been benchmark-leading developments," Lisy explained. He cited Japanese-born Nobel laureate Shuji Nakamura, who developed the blue LED, as an example.

This belief has been reinforced over the past few decades while Lisy worked with some of the brightest scientists in Europe and Asian countries, including Japan. He described this collaborative research as being "extremely fruitful and productive." Currently at Tokyo Tech, Lisy is collaborating with Institute of Innovative Research Professor Masaaki Fujii to understand the selectivity of potassium ion channels to certain ions in biological systems.

Capital investment in science is essential

Ground-breaking research requires considerable financial support. Lisy stressed that capital investment in scientific and technological infrastructure at academic institutions is essential if they want to pursue state-of-the-art research. "The School of Chemical Sciences at the University of Illinois allocated a considerable amount of funding towards the development of support facilities; machine shops, electronic shops, computer support and instrumentation labs with nuclear magnetic resonance and X-ray diffraction."

He has seen similar investment made in laboratories in Europe and Japan, in fields including laser technology, biomolecular research, and nanotechnology. "These all require extremely clean and temperature-controlled environments, so capital investments are really helping a number of academic institutions maintain cutting-edge research in these varied fields." 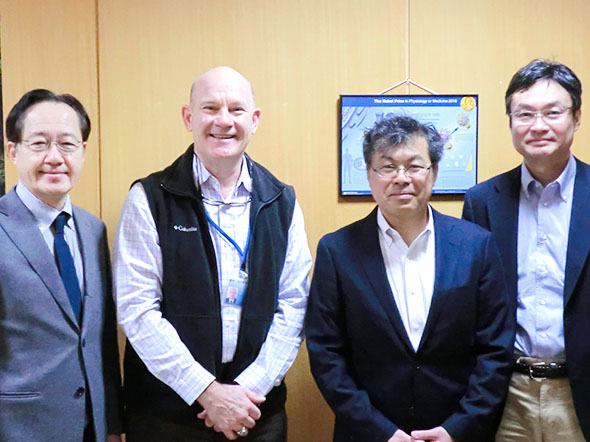 In addition to scientific and technological advancement, the development of computer networks has also helped to internationalize education. "Universities have an opportunity now to establish a global presence, both through instructional means and research, which will become more extensive and popular in the future," Lisy explained.
This also applies to Tokyo Tech. As a specially appointed professor through the university's World Research Hub Initiative (WRHI), Lisy has been able to observe how Japanese institutions like Tokyo Tech operate. WRHI is a project by Tokyo Tech to promote mobility and exchange between researchers from around the world. "It's almost now ingrained in Tokyo Tech to have international collaborations and international visibility through these collaborations, which I think will pay tremendous dividends in the future."

For example, Tokyo Tech has prioritized research into a sustainable energy society and effective utilization of limited resources, key areas for international collaboration. This is quite relevant and timely, as the world faces environmental crises that cannot be resolved by any single nation.

As for Tokyo Tech ANNEX Berkeley, which aims to promote collaborative research with US academia and industry, Lisy noted that its success hinges largely on finding shared interests in research and technology. "Being able to identify those organizations and institutions in the US where there's good overlap and mutual interest will offer the best chances for success."

Professor James M. Lisy received his B.S. degree from Iowa State University in 1974 and his Ph.D. from Harvard University in 1979. He joined the faculty at the University of Illinois at Urbana-Champaign in 1981 and spent his career investigating intermolecular interactions in neutral and charged molecular clusters. He also served administratively as Associate Head of Chemistry and as the Director of Service Facilities in the School of Chemical Sciences. After 30 years, he elected to take early retirement, and spent 9 months at the Ruhr University - Bochum as an Alexander von Humboldt Fellow. He then moved to the National Science Foundation in Arlington, VA, where he served as a program officer in the Division of Chemistry for over 5 years. Since 2011, he has also been a visiting or guest professor in France, Japan, and Denmark. He maintains active collaborations in these countries as well as Germany, and currently resides on the Big Island of Hawaii.

The changing role of universities in entrepreneurship

Jon Metzler, a lecturer at the Haas School of Business, University of California Berkeley and faculty mentor at the startup accelerator Berkeley SkyDeck, knows firsthand how universities can help faculty and students bring their innovative ideas to market. 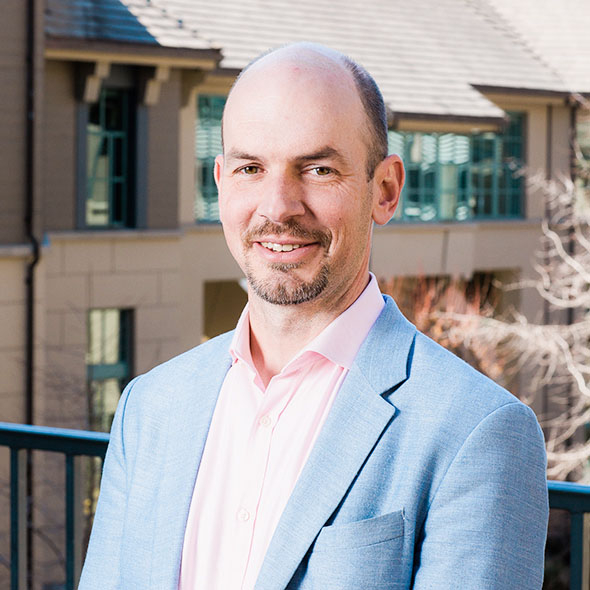 When asked about student entrepreneurship, Metzler described how his students are focused on sustainability and responsible business at a time when the world faces an environmental crisis.

One prime example is the proliferation of electric vehicles (EVs). Though EVs are lauded for their zero carbon emissions, mining the lithium used in the batteries consumes a huge amount of water. "The total environmental cost might be high if you include lithium extraction, production, and recycling," Metzler said. "The total footprint of a product is something the students care about."

Universities to make way for innovation

Academic institutions around the world have been generating innovations for decades. For example, the genome editing technique CRISPR-Cas 9 was developed in part by UC Berkeley Professor Jennifer A. Doudna; and the mechanisms of autophagy, the process by which cells degrade, were elucidated by Tokyo Tech Honorary Professor Yoshinori Ohsumi.

Metzler, however, said the role of the university is changing. "I think there's a greater awareness on the part of academic institutions that their job is not only to help people meet and surface innovation, but also to know when to get out of the way. Ultimately, you are nurturing talented leaders. When a student or a researcher has a good idea, it's in the interest of the university to allow that idea to get out there quickly, without putting up too many barriers" to access their technology.

Metzler also emphasized the importance of reinforcing links between engineering and business to ensure technologies are commercialized.

The university as an accelerator 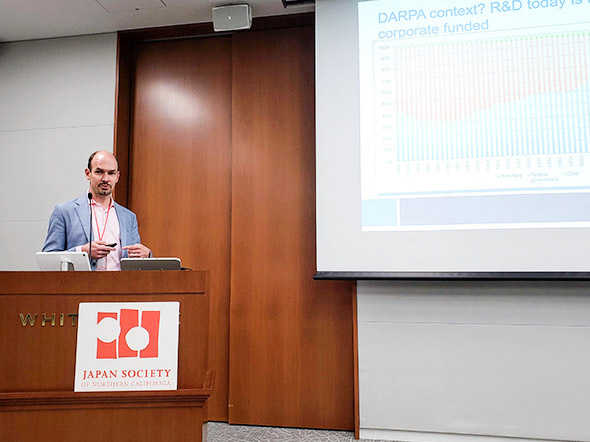 "There is a recent trend in investment to focus on software, because with software you can build a company much more quickly," Metzler said. "There's this self-fulfilling cycle of funding things that are easier, which is why software attracts so much capital."

Technologies developed in fields like chemistry, materials, agrotech, life science, and semiconductors take longer to be commercialized. "SkyDeck, and university capital in general, can get those areas going, where a traditional investor might be a little more hesitant. Other programs affiliated with Lawrence Berkeley National Laboratory, such as Cyclotron Road, for example, focus on innovation in clean tech, and that's another area where commercialization takes a long time. I think that's part of the role of a university, as an entrepreneurship program or accelerator."

Another notable trend is how the US government funds research. "The US government provides a lot of funding for innovation, and what's interesting is the biggest chunk is actually from the National Institute of Health. So there's a lot of money flowing from the government to health-related research, and that inherently is a long-term investment category."

Silicon Valley has invented 'categories' for decades. "For example, whether it was networking or search and now analytics techniques, improvements being applied to other industries," Metzler said. "Some themes that I see getting investment are health and data, meaning data analytics applied to the body, or broadly analytical techniques to derive greater insight about the human body and health."

Silicon Valley also attracts foreign startups looking for capital access, he added, including such Japanese firms as Astroscale, which develops technologies and provides a service to remove space debris; SanBio Pharmaceuticals, a global licenser to bring new drugs to cure rare or intractable diseases; and Preferred Networks, which specializes in machine and deep learning. 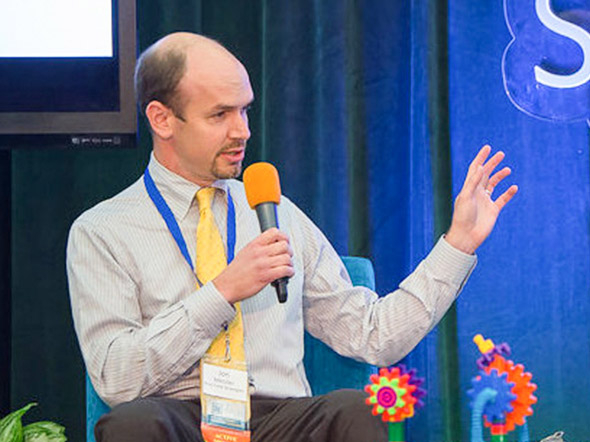 Metzler, who lived in Japan for five years, is also a Japanese business specialist. He was a keynote speaker at the Tokyo Tech Venture Festival on March 3, 2021, and commented on how the university has a "very vibrant community."

Metzler also was impressed by the number of Tokyo Tech-affiliated startups, numbering at nearly 130, saying it indicated a wealth of "interesting and unique research and not just software, but deeper, more meaningful hardware research."

Metzler described Tokyo Tech as an engineering university focused on creating a community and linking its students to the business world and society. "I think that is an opportunity to provide really meaningful long-term social value," he said.

Message from Kazuya Masu, President of the Tokyo Tech

Tokyo Tech ANNEX Berkeley was established in October 2021 in Berkeley, California in the United States. It is located within JSPS San Francisco.

The Institute has been collaborating with distinguished universities in North America on exchanges involving students and researchers. By locating close to Silicon Valley in the San Francisco Bay Area, Tokyo Tech ANNEX will further Tokyo Tech's research collaboration and exchanges with universities, research institutes and companies on the West Coast and throughout North America.