Partner universities: The University of Melbourne

Melbourne, located in the southeastern Australian state of Victoria, is a city of academic importance comparable to the likes of London, New York, and Paris. A powerhouse with a long history in the region is the University of Melbourne, a Tokyo Tech partner university.

The founding of the University of Melbourne dates back to 1853, half a century before the establishment of the federal government of Australia in 1901. It is the second oldest university in the country, and has been home to eight Nobel laureates — more than any other Australian university. Alumni include numerous Australian prime ministers and other influential figures. Melbourne consistently ranks highly in world university rankings, and its secure, pleasant environment attracts many international students every year. In 2016, roughly 12,000 students from 130 countries were studying there, making up 26 percent of the student population. 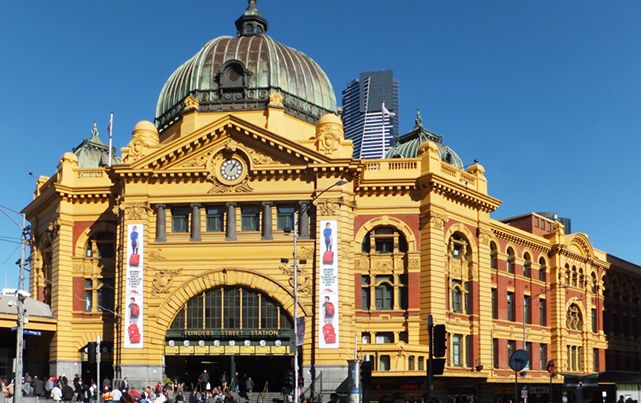 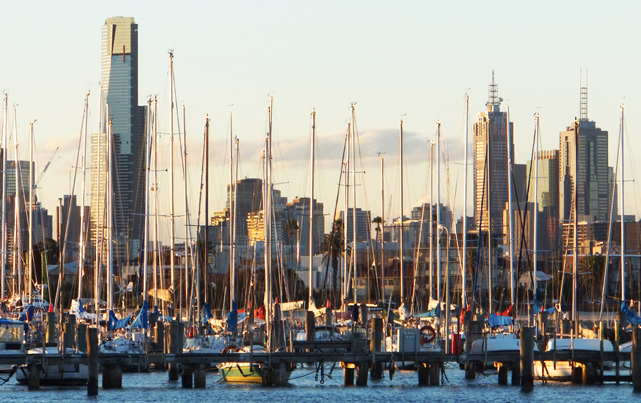 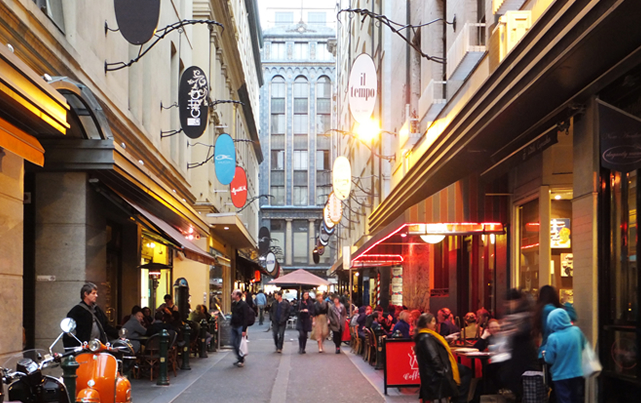 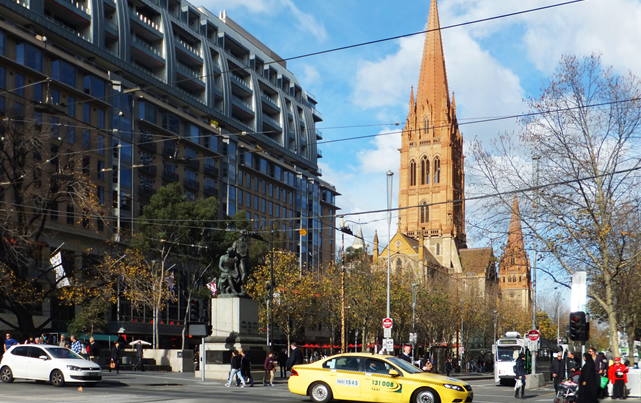 Since the signing of a university-wide agreement in 1994, the University of Melbourne has been involved with Tokyo Tech through a variety of two-way exchanges. Particularly among students and young researchers in the engineering field, exchanges have increased further since 2010 when Melbourne joined the Asia-Oceania Top University League on Engineering (AOTULE). The mutually favorable relationship between the University of Melbourne and Tokyo Tech continues to flourish. 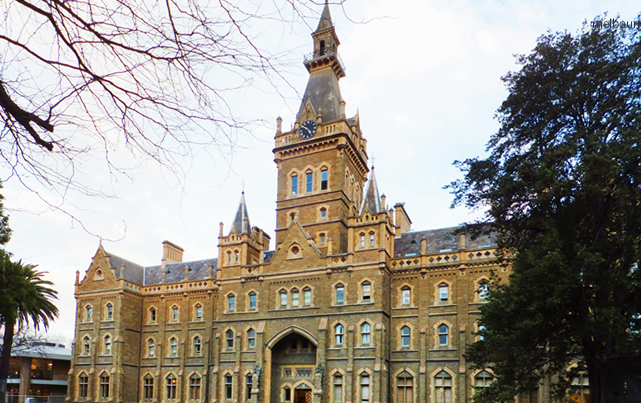 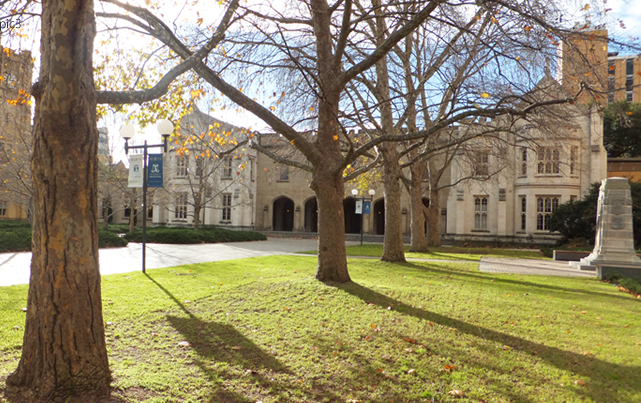 The University of Melbourne campus

Student journey: From the University of Melbourne to Tokyo Tech 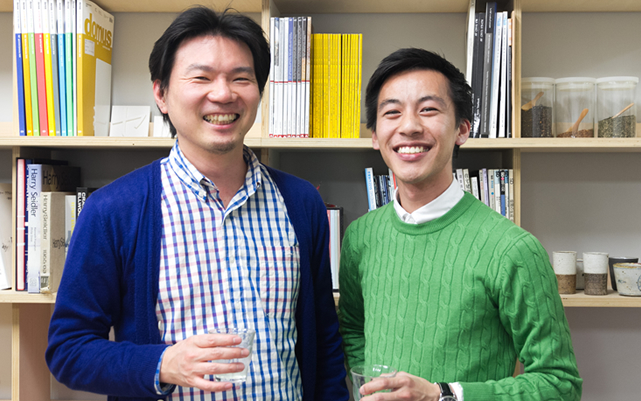 Why did you choose to study at Tokyo Tech?

Tokyo Tech is by far one of Japan's leading schools of architecture with an outstanding reputation. I thought it would be a privilege to work alongside and learn from the best architectural minds at the institution. More importantly, studying in Tokyo would allow me to immerse myself in its culture, food, language, and people, providing me with insight into what it is like living in Japan. As an architectural student, it goes without saying that Tokyo has great architecture marvels of the past and future such as Yoyogi Stadium by Kenzo Tange and the Tama Art University Library by Toyo Ito. Experiencing these would be extremely valuable as I hoped to become aware of how Japanese architects envision and build their works. 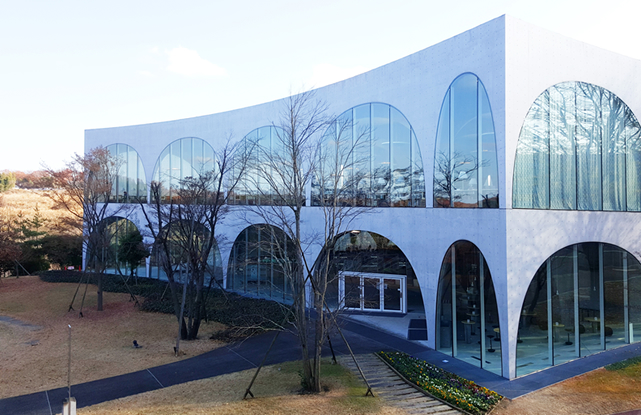 What are some similarities and differences you discovered between Tokyo Tech and the University of Melbourne?

The universities offer very different educational systems. One difference which I truly enjoyed and appreciated at Tokyo Tech was the idea of having a laboratory to work in. It was certainly a culturally rich experience to have the laboratory filled with people ranging from undergraduate to doctoral students. As an architecture student, this was great for exchanging ideas and sharing knowledge with one another. Furthermore, having a sensei to look up to and guide you gives you a sense of confidence in what you do. And since I was an exchange student, having a Japanese classmate as a tutor assisting me helped me to fit in comfortably in a short period of time. At the end of the day, I always looked forward to going back to the lab as it was a place that felt like home. As for the University of Melbourne, there is no laboratory to return to. Learning takes place throughout the building with different classrooms and studios. The whole architecture building is home. One similarity would be that both use the outdoors, for example site tours, as part of the learning environment. Additionally, both have the welcoming atmosphere of a university campus where food is both tasty and inexpensive. 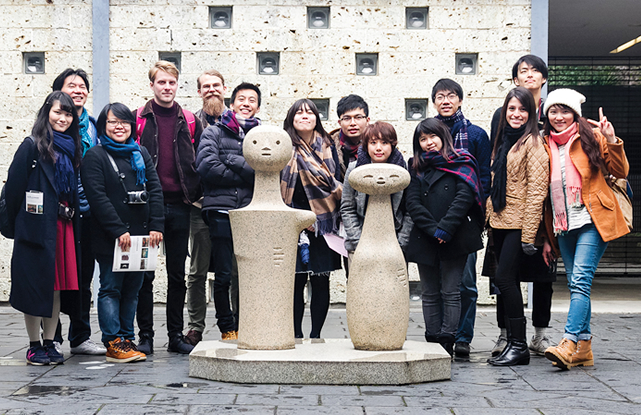 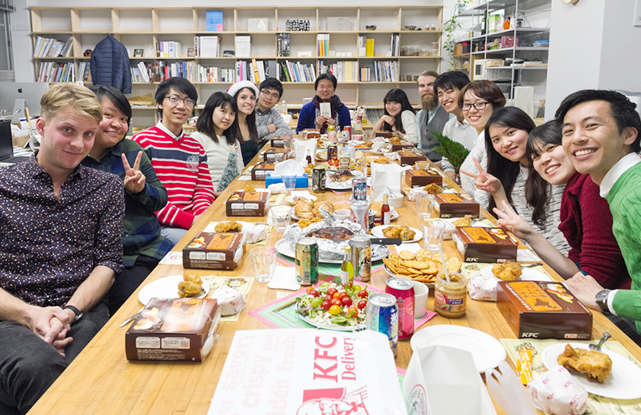 How will you apply your experience at Tokyo Tech to your future activities?

Being in Tokyo Tech for five months has given me priceless and countless experiences and knowledge about architecture which I don't take for granted. It made me look at architecture from a different perspective in terms of the importance of culture and the visions of architects. Such knowledge should be shared with my peers, future students of Tokyo Tech, and in my future work as an architect. With knowledge, one can grow to be a competent architect and build a better world.

Student journey: From Tokyo Tech to the University of Melbourne

Studying at the School of Earth Sciences, The University of Melbourne, since July 2015

Why did you choose the University of Melbourne?

I was looking to put myself in an environment where I would be challenged and experience personal growth. Initially, I did not place too much importance on any specific country, language, or university. I wanted to find a place where I could study Earth sciences, and first considered Indonesia. Eventually though, I came to the conclusion that I wanted a place where speaking English is a given and where people from all over the world gather, so I came to Melbourne. I have just completed courses on geophysical survey techniques and academic writing, and I am now doing research on how gravity surveying using an earth tide gravimeter can help estimate ground water fluctuations. 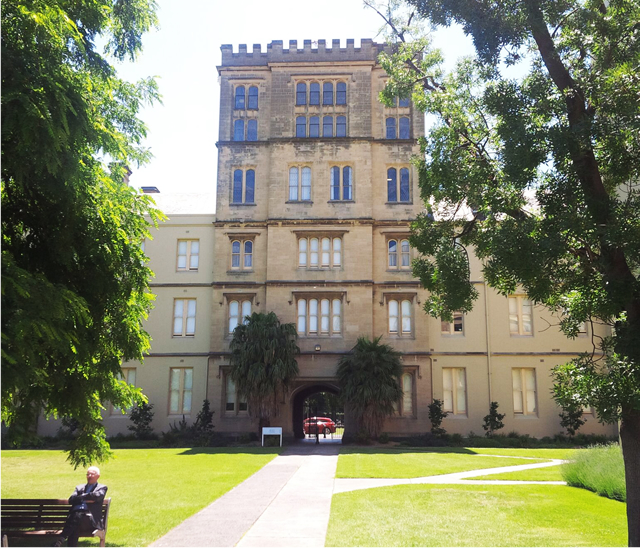 Dorm at the University of Melbourne 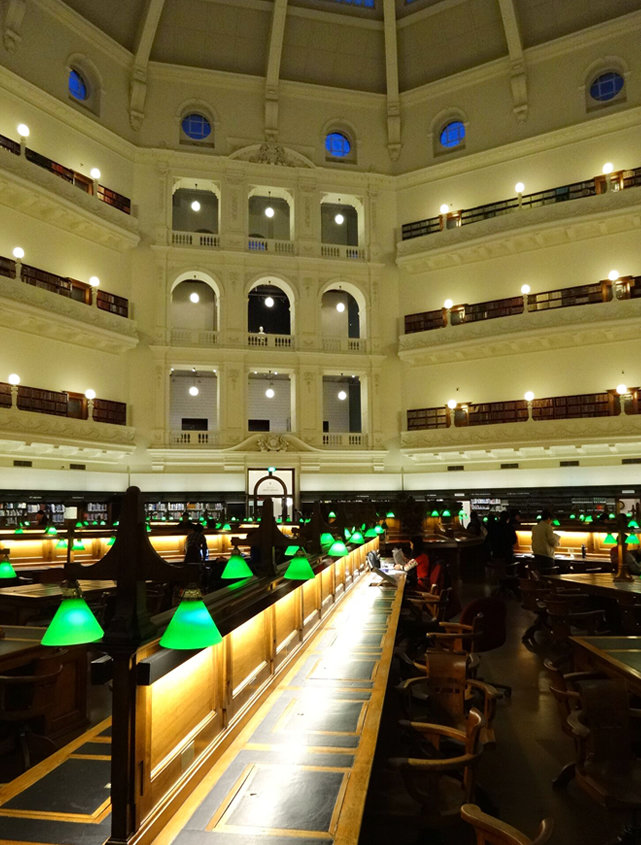 What are some similarities and differences you discovered between the University of Melbourne and Tokyo Tech?

I think students at both universities are enthusiastic and inquisitive. Students immerse themselves in their own interests and research but also attempt to fulfill suitable roles during group work. One difference is that back home, students of Tokyo Tech are often categorized as the science-type, but at the University of Melbourne that simply is not possible. You can really sense the diversity among the students. Also, many students in Melbourne are hungry to improve their communication and leadership skills, traits which many Japanese science and technology students don't particularly focus on. 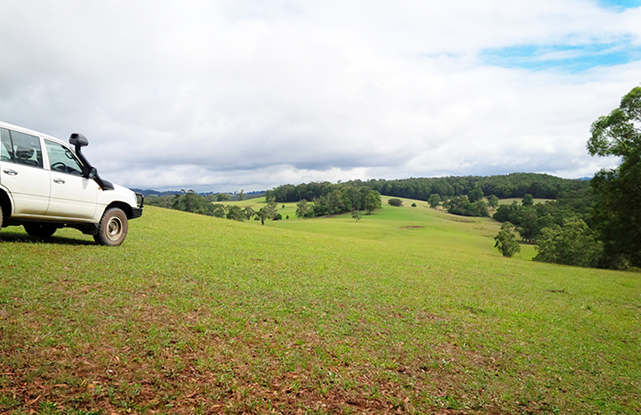 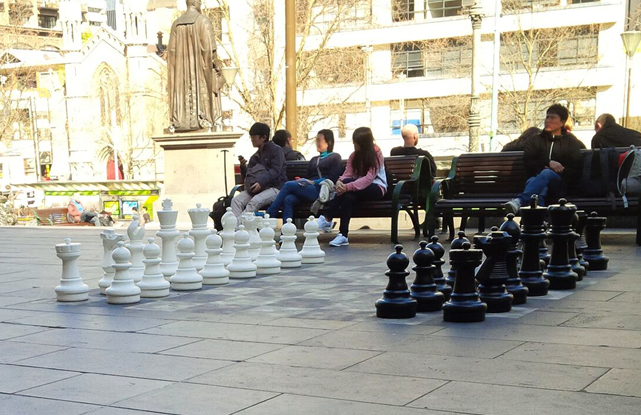 One of my favorite spots in town

How will you apply your experience at the University of Melbourne to your future activities?

I have already learned that I can have my own opinions and lifestyle and still accept those with opinions that are very different from mine. I have expanded my perspective and thinking by communicating with people with a variety of backgrounds and experiences. Whatever challenges I face, I have learned to independently think about, analyze, and resolve them thanks to the life and research I have experience here. I have become hungry to learn more, and I feel that the confidence I have built here will help me in my future research and work. 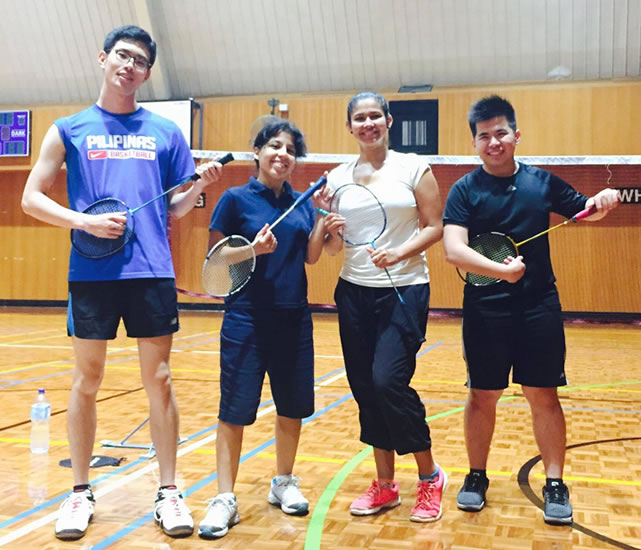 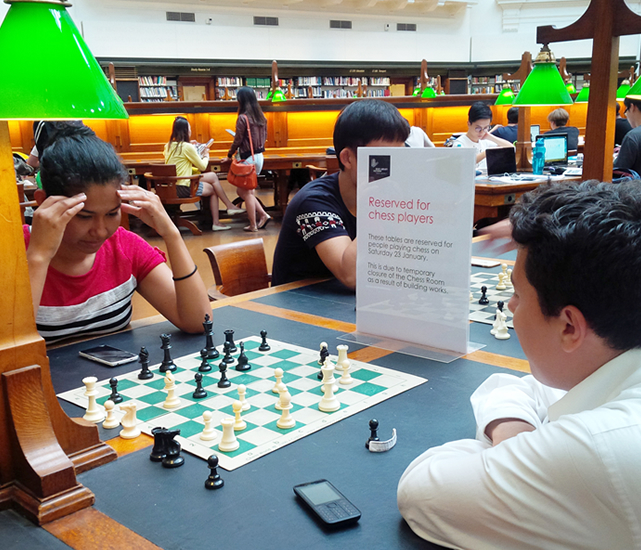 Chess corner in the library