Tokyo Tech aims to become one of the world's top 10 research universities by 2030. In pursuit of this goal, the Institute continues to cultivate global leaders in the field of science and technology as it promotes advancements in innovation. As an important component of this, Tokyo Tech co-hosted a joint symposium with Uppsala University (UU) on September 16 and 17, 2014 in Sweden. The symposium strengthened collaborative ties in research and education between the two universities. 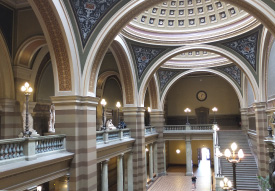 Interior of the University Main Building of
Uppsala University

Founded in 1477, UU is the oldest university in Scandinavia. It is also one of the most prominent universities in Europe and among the top 100 in world university rankings. The site of the symposium was the world-renowned Ångström Laboratory, named for celebrated 19th century physicist Anders Ångström. Anders Ångström held the chair in physics at UU and the Angstrom unit (1 Å=10-10m) is named in his honor. Nobel Prize winners Manne Siegbahn and his son, Kai, were also professors at the laboratory. They were awarded Nobel Prizes in physics in recognition of their developments of X-ray spectroscopy and electron spectroscopy, respectively. In addition to the department of physics, Ångström Laboratory is home to the departments of mathematics, chemistry and engineering. 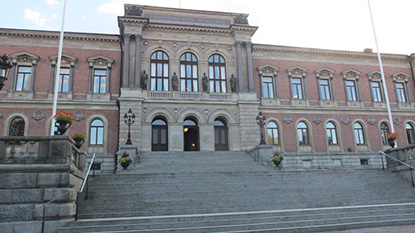 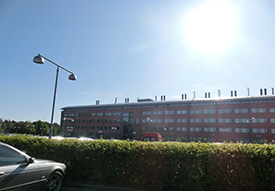 Tokyo Tech Professor Masako Ikegami of the Graduate School of Decision Science and Technology was the key person behind the relationship that developed between UU and Tokyo Tech. Professor Ikegami earned her doctorate from UU and lectured at Sweden's Stockholm University. Her relationship with UU led to an initiative that brought the symposium to fruition. A long-time acquaintance of Ikegami, UU Professor Gunnar Ingelman, also contributed greatly to this effort. Professor Ingelman is a former UU Dean of Physics and current Chairman of class for physics of the Royal Swedish Academy of Sciences. The Uppsala University-Tokyo Tech Joint Symposium brought together renowned researchers from both universities for presentations in five different fields. 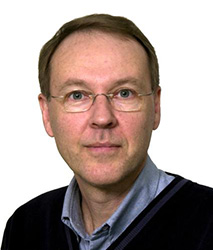 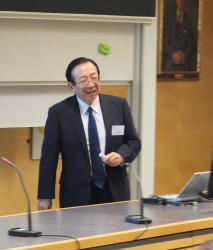 In the Physics and Nuclear Science & Technology section, Professor Kenji Takeshita of Tokyo Tech's Research Laboratory for Nuclear Reactors spoke about the most recent research on nuclear waste disposal and the possibility of detoxifying nuclear waste through the separation and processing of radionuclides.

From UU, Professor Göran Eriksson gave a presentation on diagnostic techniques for nuclear fusion neutron sources. Following this, Professor Jan Källne spoke about power generation technology through the hybridization of nuclear fusion and fission. Discussion among participants from UU and Tokyo Tech was animated and showed excitement about the development of new nuclear technology. The two universities hope that continuing collaboration will open new doors in this area of research.

Researchers at UU are working to create analytical tools for lifescience studies. UU researchers include Nobel Prize winners Professor The (Theodor) Svedberg, who developed the ultracentrifuge, and Dr. Arne Wilhelm Kaurin Tiselius, who focuses on electrophoresis.

The symposium kicked off with a presentation on autophagy by Honorary Professor Yoshinori Ohsumi (Frontier Research Center, Tokyo Tech). Professor Ohsumi was followed by Professor Johan Elf (UU), who introduced a method to analyze the intracellular molecular dynamics of proteins, and Professor Hideki Taguchi (Department of Biomolecular Engineering, Graduate School of Bioscience and Biotechnology, Tokyo Tech), who gave a presentation on protein folding entitled "Ideal and Reality of the Protein World." 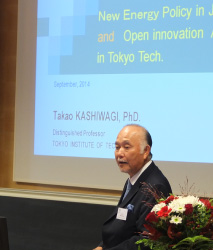 Outcomes of the Joint Symposium 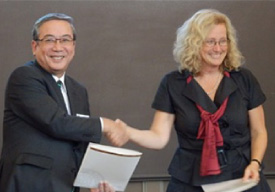 During the symposium, the two universities signed a Letter of Intent for the promotion of interaction. Professor Hideo Hosono, Senior Professor Claes-Göran Granqvist, Professor Masako Ikegami, and Dr. Mikael Höök (Senior Lecturer in the Department of Earth Sciences, UU) signed a memorandum of understanding for joint research.

In response to this tie-up, Tokyo Tech and UU have been working toward the realization of joint research. In the field of materials science, both universities are seeking joint research in computational science and materials. Senior Lecturer Mikael Höök from UU visited Tokyo Tech in November 2014 and held a seminar on environmental policy.

The two universities are planning to hold the second symposium in 2015 at Tokyo Tech as a follow-up to the first symposium.

Tokyo Tech will continue to strengthen its relationship with Uppsala University and promote various interactions among researchers, through which the Institute expects to accelerate joint international research and enhance Tokyo Tech's research capabilities. 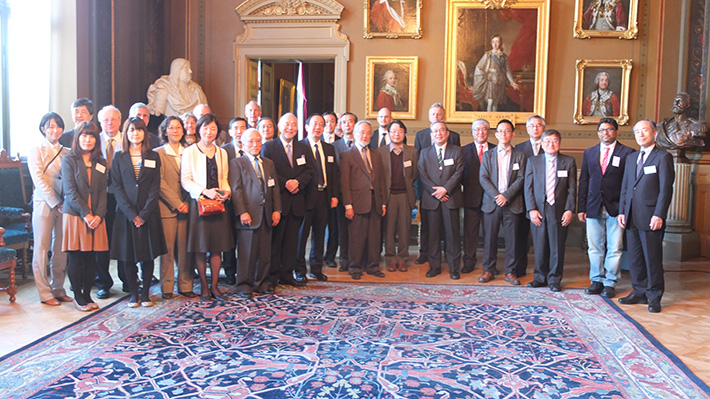