The startup brainchildren born of Stanford University graduates are undoubtedly impressive: Google, Yahoo!, Sun Microsystems, and Cisco to name a few. A continuous motivator behind this success is the Hasso Plattner Institute of Design, also known as Stanford d.school, which encourages the creativity of its innovators through design thinking. Design thinking is a methodology for creating innovation through idea generation based on the exploration of various elements to better understand users' needs. Since 2014, Tokyo Tech has invited d.school faculty to its campus for intensive two-day workshops, and has added design thinking courses to its own curriculum. 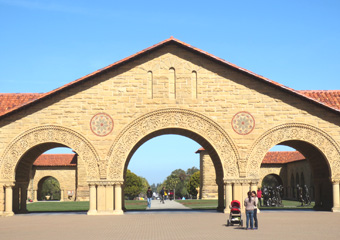 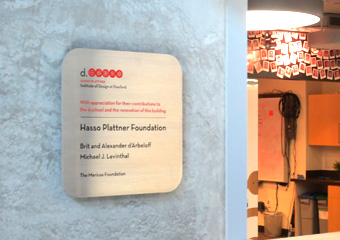 A diverse group of innovators

Present at the July 2015 workshop to redesign play in the daily life of urban dwellers was a diverse blend of innovators from Tokyo Tech, University of Tokyo, Hitotsubashi University, Waseda University, and Keio University. The lecture and workshop were run by d.school Curriculum and Experience Lead Thomas Both and Lecturers Scott Witthoft and David Janka. 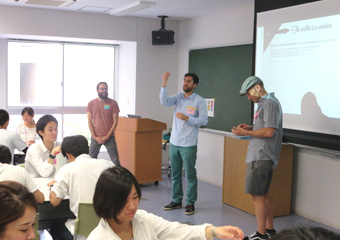 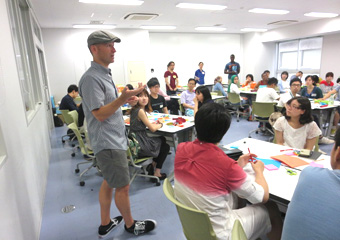 Day One - Understanding the basics and the challenge 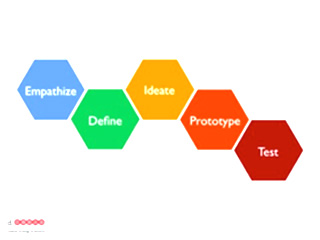 Day One began with exploration of the five steps that form the design thinking methodology: Empathize, Define, Ideate, Prototype, and Test. Students got in some practice by applying these steps while interviewing each other.

This year's challenge was to redesign play in the daily life of urban dwellers. Specifically, this meant proposing a service, system, or device that adds new value to the play of people living in the city. Students split up into teams of four and hit the streets of Tokyo to hear the wants and needs of the public.

Step 1 was to Empathize. After briefly describing their challenge to passersby in the Jiyugaoka neighborhood, students tried to fully understand how the people play, focusing on the experience and needs of the user. This was tougher than expected, as many seemed reserved about revealing their true thoughts to a first-time acquaintance. 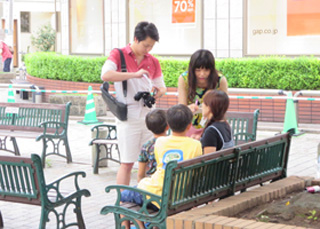 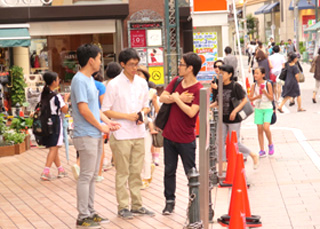 Interviewing on the streets of Tokyo

Based on their interview results, teams then interpreted the problems they had discovered. In Step 2, it was time to Define the problem and form a user point of view by attempting to identify both known and unknown issues — the mechanism behind the users' needs. Only then could the students start searching for clues regarding solutions. 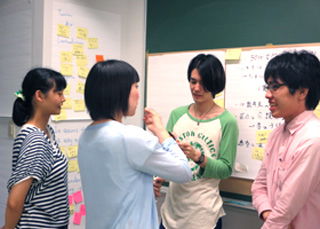 The problems uncovered in Step 2 on the previous day were further probed using the value ladder method — repeatedly asking "what" and "why " — to allow the identification and visualization of the essence of the problem. 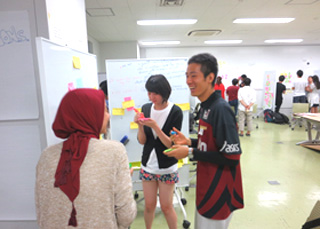 After clarifying the problem, students began to Ideate. With the aim of simply generating diverse ideas outside the existing framework, there was no room for criticism or concerns over feasibility at this stage. Once a gamut of ideas had openly been shared, teams selected the one they felt had the most impact on the user. 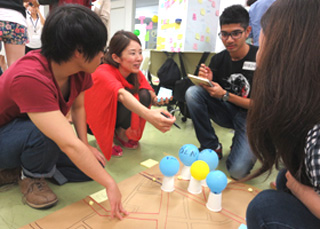 Next, students put their ideas into physical form in the Prototype stage. Concepts materialized through the use of pens, paper cups, and other simple components. Here, the focus was not on function, but rather on usability and the user experience. 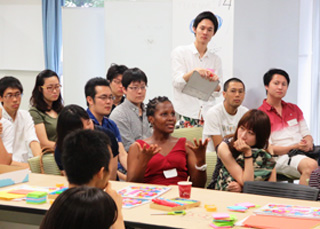 In the final stage, it was time to put the creativity of the teams' ideas to the test. Five members of the public took on the roles of users, testing the creations and giving feedback to the teams. Teams took these comments back to the design table to improve their products, and then presented their final versions in a skit style. Questions and suggestions for improvements from the facilitators and other students flew back and forth across the room.

Although we have research papers to refer to and don't always focus merely on the needs of the people, the Define, Ideate, Prototype, Test part of the process is very much like the work we perform as scientists. What was significantly different was the quick resolution of problems through collaboration with people in different fields. It was the first time for me to experience such a stimulating, intellectually exciting workshop. I hope many other people get to experience this level of intensity too.

This was my second time at the d.school workshop. It was another great opportunity to interpret information, connect clues, and create design ideas that function as solutions to the real essence of a problem. I got a second chance to not only learn directly from d.school coordinators but also openly discuss questions to deepen my own understanding. I strongly recommend this workshop, particularly to those who have already come into contact with design thinking.

Design thinking is a methodology that combines creative and analytical approaches. It can be applied to all situations. Iteration is critical. "The most important aspect of the workshop is that students experience and practice the tools and behaviors themselves," says Both. "It is critical that students not only learn from us via lectures and demonstrations, but also from applying the approach on a real project. The workshop is an opportunity to do that, and then to reflect on the work to realize the deeper take-away learnings for themselves and their work going forward."