Can you give us a brief overview of JASRI?

The research facility SPring-8 is located on the extensive grounds of Harima Science Garden City in Hyogo prefecture. It is the world's largest synchrotron radiation facility, built with an investment of more than 100 billion yen from the national government. JASRI was established in 1990 to promote the use of this high-performance facility and as a result innovate science and technology and promote industry in Japan.

Both SPring-8 and SACLA are owned by RIKEN, while JASRI is in charge of operating the facilities. Our aim is to continuously increase the number of institutions making use of both facilities. I became president in 2013, and have since run operations under the principles of "patience, perseverance, and persistence."

There are two main elements to JASRI's role. The first is to provide an effective technology and information support system to all users, while at the same time selecting researchers to use the facilities in a fair and impartial manner. The second is to carry out all operational, upgrade, and maintenance duties at both SPring-8 and SACLA. Through these duties, research outcomes for a wide variety of researchers from industry, academia, and government are maximized, which in turn contributes to the progress of science, the economy, and Japanese society. 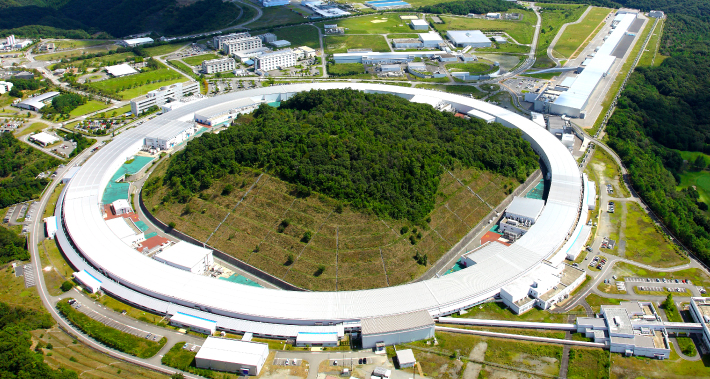 What sort of facility is SPring-8? What activities are carried out there?

SPring-8 (Super Photon Ring-8GeV) generates synchrotron radiation2 from electron beams accelerated to nearly the speed of light using an electron accelerator in order to analyze and investigate the structure and function of materials at the atomic or molecular level. It is like a giant microscope able to examine the microscopic world using the X-rays that it generates, which are the most powerful in the world. The "8" in SPring-8 refers to eight giga-electron volts (GeV), the maximum acceleration energy of an electron.

In addition to scientific research, SPring-8 also contributes to numerous industrial activities. To name a few examples, the facility has played a part in the development of long-life artificial joints, improved cosmetology products, and higher performance catalysts, has helped increase the life span of next-generation lithium ion batteries, and has made possible the creation of automobile tires that dramatically reduce fuel consumption.

Users of SPring-8 come us from a wide range of institutions. Approximately 20 percent of our annual users, or about 16,000 people, are corporate researchers. The number of papers published by users in 2013 exceeded 800 – equivalent to about 1 percent of annually published papers in Japan – and many users have received prestigious academic awards. A total of 880 Tokyo Tech members have made use of the facility since 2013. As an alumnus of the Institute, I am extremely glad that SPring-8 has made significant contributions to projects such as the analysis of the properties of IGZO thin-film transistors developed by Professor Hideo Hosono, director of the Materials Research Center for Element Strategy, and the elucidation of the core structure of the Earth's deep interior by Professor Kei Hirose, director of the Earth-Life Science Institute.

Shining the light of science on technology

In what ways has this cutting-edge facility contributed to society?

A particularly significant outcome of the research and experimentation in both academia and industry is the revival of "endangered" academic fields at universities. One example of this is the study of rubber. Automobile tires are complicated mixed-composition products, in which additives for cross-linking rubber, as well as fortifiers, are added to a mixture of natural and synthetic rubber. Thanks to the advancement in structural analysis technology at SPring-8, development of ecological tires has progressed rapidly in recent years. This technology has halved tire heat friction, resulting in hundreds of billions of yen saved per year on gasoline expenses. Due to this transfer of molecular design to materials design, Japan has risen to be the world leader in the rubber industry. SPring-8 has enabled analysis and design at the atomic and molecular levels in fields that have, until recently, been based on intuition, and this scientific approach has led to significant innovations in the tire industry. Similar revolutionary progress is currently taking place in storage batteries and fuel cells, and in the field of catalysts. 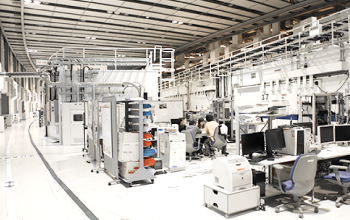 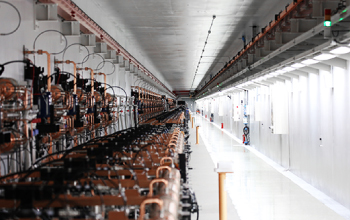 What kind of research would you like to see at universities in the future? 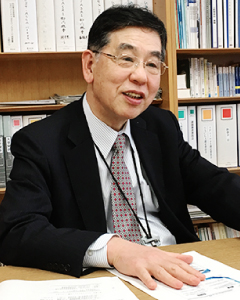 From the perspective of academic research, I think that the biggest weapon universities have is diversity, and their most important strategy should be to maintain this. Concentrating on core competencies is of course necessary for administration. Focusing on topics of broad and current interest is unavoidable, but it is also necessary to maintain some leeway to change and focus on areas that are not in the spotlight. It is often the case that fields getting a lot of attention now will be replaced by new research fields in ten years' time. It is the mission of universities to make steady progress in original research in diverse and multifaceted fields. I think this is crucial for future societal development. I firmly believe that it is necessary to prepare an environment in which young researchers have long-term research prospects so that they can develop into outstanding researchers.

In a sense, these two aspects are like light and dark. I think they both contain truth, and need to be prioritized in a fundamental way. At the very least, I hope that educational institutions will not focus solely on core competencies, but strive to retain diversity.

What do you have to say to Tokyo Tech students?

I would say that most researchers who experience significant growth possess a certain quality of flexibility or leeway. If researchers simply compete in their own area of specialty, they seem to run out of steam. At times it may feel time-consuming, but the growth people experience by immersing themselves in fields other than their own allows them to think in a flexible manner. Regardless of the age we live in, this flexibility in thinking enables people to competently accommodate whatever happens. In this sense, I expect that the implementation of the new education system and research structure at Tokyo Tech is extremely important in nurturing diverse students and promoting diverse research.

Japan's first X-ray free electron laser (XFEL) facility which neighbors SPring-8 and shares part of its experiment facilities. This research facility generates an X-ray laser a further billion times brighter than the light from SPring-8, which is 10 billion times brighter than the sun. It then uses the laser to analyze the extremely fast movements and mechanisms of change in matter at an atomic level.

An extremely powerful electromagnetic wave generated when the path of an electron beam is bent by magnetic force. 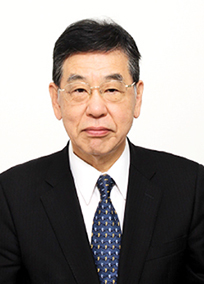