Beijing has witnessed the construction of a succession of landmark buildings in recent years. One such building, popular among locals, is BUMPS, a high-rise complex consisting of a department store and residences. Its outlandish design, created by staggering black and white blocks in a checkered pattern, is eye-catching. Mr. Keiichiro Sako, an architect and graduate of Tokyo Institute of Technology (Tokyo Tech), designed the building. 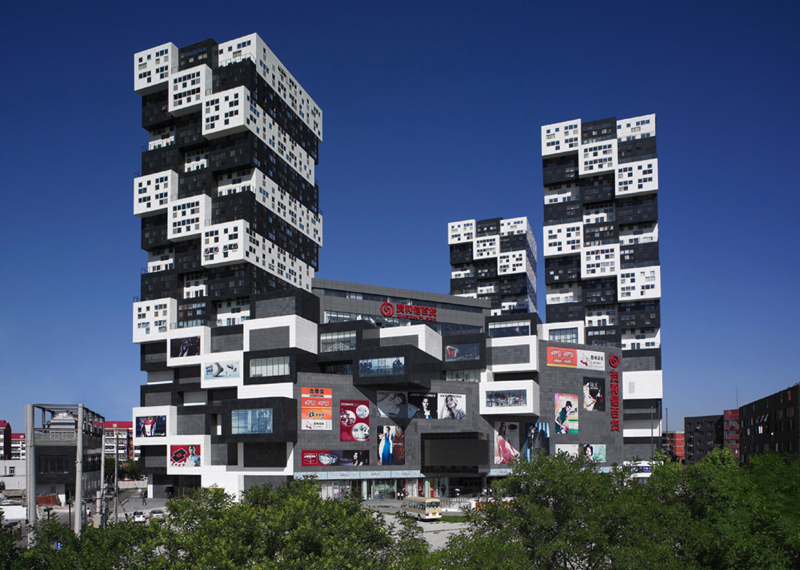 He has successfully completed many megaprojects across China. With offices in Beijing, Tokyo and Fukuoka, he leads an exceptionally busy life traveling around the world.

Mr. Sako first set his mind on becoming an architect when he was a fifth grader. Watching a few carpenters construct an imposing wooden building in the neighborhood, he wanted to become a carpenter. Later, he was told by his classmate that “an architect is someone who makes bigger buildings than carpenters,” and he decided that he would become an architect. That resolution has never wavered, and after graduating from high school, he enrolled in the 6th Academic Group at Tokyo Tech. 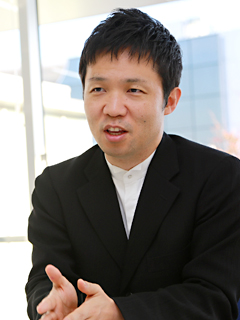 “I still vividly remember the speech given by the dean at a freshman seminar, a major event following matriculation at Tokyo Tech,” says Mr. Sako. To a group of freshmen who had joined Tokyo Tech filled with aspirations of becoming architects, the dean warned, “It is exceedingly difficult to become an architect. The chances are such that we should feel fortunate if even only one of you succeeds in becoming an architect.” Mr. Sako recalls the shock with which he heard these words, but he quickly renewed his determination to become that one student who would eventually succeed in becoming an architect.

During his undergraduate days, he balanced study and yachting, which he first picked up as a member of the Tokyo Tech Yachting Club. His primary interest was in architectural design. He worked particularly hard on design and drawing assignments and managed to get good grades, which earned him a spot in Professor Kazunari Sakamoto's Laboratory in his fourth year, the most coveted lab among students of architectural design.

“Most students, myself included, joined the Sakamoto lab confident of our skills in architectural design,” says Mr. Sako. On the first day of class, however, each student had to make a presentation on a design assignment they had done in the past and was then subjected to blunt criticisms by Professor Sakamoto and senior students, who exposed the shallowness of each student's concepts and ideas. “This completely shattered our unfounded confidence and instilled in us humility as we returned to studying the basics.”

His experience in the Sakamoto lab also inspired him to work globally. Two of his three labmates in the master's program had already studied abroad, and a third also had experience living abroad. He felt uncomfortable being the only person with neither overseas experience nor the ability to speak English.

“One of my classmates had studied at Columbia University in New York,” says Mr. Sako. “At that time, the Department of Architecture at Columbia was the most distinguished architecture school in the world. I visited my classmate there and was awestruck to see the use of computer-assisted designs. I began hoping that one day I would go to New York too.” 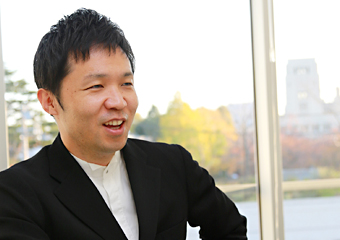 Meanwhile, Mr. Sako completed his graduate studies and joined Riken Yamamoto & Field Shop in 1996. Understaffed and with too many large projects at hand to prepare for new competitions, the architecture company let Mr. Sako, who had just joined the firm, be in charge of a competition for designing the Nishi Fire Station in Hiroshima. The firm went on to win the competition.

“My experience in Tokyo Tech's Graduate School was directly instrumental in winning that competition,” says Mr. Sako. “One of the features of the Sakamoto lab was that it was engaged in architectural designs in the real world. To be able to observe architects working on drawings up close and assist was a valuable experience for us students. I participated in competitions a number of times while I was still in the lab.”

In September 2000, Mr. Sako was put in charge of a competition for Jian Wai SOHO, a megaproject in Beijing comparable in size to the Roppongi Hills complex in Japan, with a combined total floor space of 700,000 square meters. Riken Yamamoto & Field Shop won the competition and made Mr. Sako project leader. This project would prove pivotal in Mr. Sako's subsequent career. 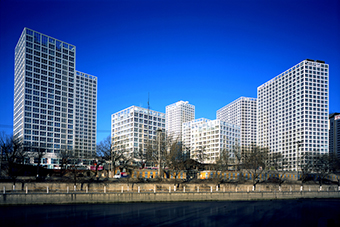 A Decade Caught up in the Larger Trend

“The Jian Wai SOHO project was my first project in China,” says Mr. Sako. “Although we needed to approach project management in China through repeated trial and error, I was confident about my perseverance in negotiations, which I believe I developed through my experience as a member of the Tokyo Tech Yachting Club.”

By the end of 2003, two phases of construction for the project were successfully completed. Today, Jian Wai SOHO comprises twenty high-rises, eighteen of which are residential and two office buildings, and several mid-rise buildings housing some 300 retail stores. Several tens of thousands of people use these facilities every day.

While project manager, Mr. Sako was preparing to leave the company within six months of finishing the project in order to start work as a visiting researcher at Columbia University for a year to realize his long-held dream.

However, a phone call from a Chinese architecture critic put a hold on his plans. The critic called to ask if Mr. Sako would be interested in doing a project for a public building with a total floor space of 10,000 square meters in a regional city in China. 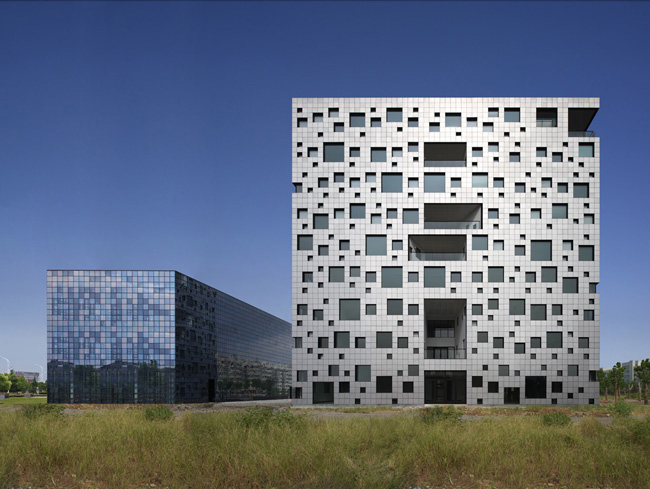 CUBE TUBE in Jinhua, office and restaurant in 2010
Photo courtesy of SAKO Architects

“I was surprised that he would ask a mere staff member of an architecture firm to do a public building,” Mr. Sako says. “I first met him when he came to see the construction of Jian Wai SOHO for an article. He may have been impressed with how a young person like me could manage such a large project with 700,000 square meters of floor space, and thought that a project with 10,000 square meters would be a cinch.”

Brimming with curiosity and eager to take on new challenges, Mr. Sako decided to accept the offer, the outcome of which was CUBE TUBE, an office building for the transportation bureau in Jinhua, China. Mr. Sako also managed to lead the project to within sight of its successful completion before his employment began at Columbia University. He was now on his way to New York.

His stay at Columbia University broadened his horizons as an architect. “The experience in New York made me realize that I need not be constrained to the field of architecture and that I could introduce designs more freely from a broad range of other fields,” says Mr. Sako. “It liberated me from my old thinking that had been too rigidly set.”

After his stint at Columbia University, Mr. Sako fully launched his career as an architect based in Beijing.

“My activities in China began with the Jian Wai SOHO and CUBE TUBE projects, which seemed at the time to be merely coincidental,” says Mr. Sako. “But looking back, I think I was inadvertently sucked into a larger trend that was happening at the time and it was unavoidable.” Mr. Sako said that he devoted everything in the last ten years to designing buildings with a high level of originality that could only be created in today's rapidly growing China. The last ten years had been rewarding in the sense that he was able to convince people that even though he was not Chinese, he could contribute by creating buildings that raised China's presence in the world.

As word about his successes in China spread to Japan, he began receiving commissions for a variety of projects in Japan. He crosses the traditional boundaries of architecture, bringing his multiple talents to bear in urban planning and interior design as well as providing general direction in corporate branding strategies. 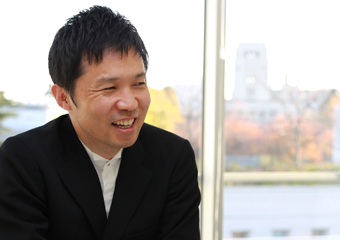 Two of the projects into which he is currently pouring his energy are the Tohoku Sky Village project for the restoration of areas stricken by the major earthquake and tsunami in the Yuriage district of Natori, Miyagi Prefecture in Japan, and a project for donating a kindergarten in an area hit by another earthquake in Sichuan Province in China. For the Tohoku Sky Village project, Mr. Sako conceptualized and proposed an imaginative plan that enables the community to live near the coastline without relying on a high tide embankment for protection from tsunamis. As for the project in Sichuan Province, Mr. Sako is beginning to see light at the end of the tunnel after the original plan had to be revised several times. The project also represents Mr. Sako's wish to act as a bridge between Japan and China through his actions as a Japanese architect based in China.

“I have been thinking lately about how wonderful the occupation of an architect is, because we have opportunities to directly make the world a better place,” Mr. Sako says. “I hope to take each opportunity this profession offers and try to contribute whatever I can to society without being restricted by conventional wisdom.” 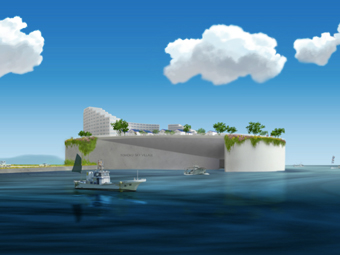 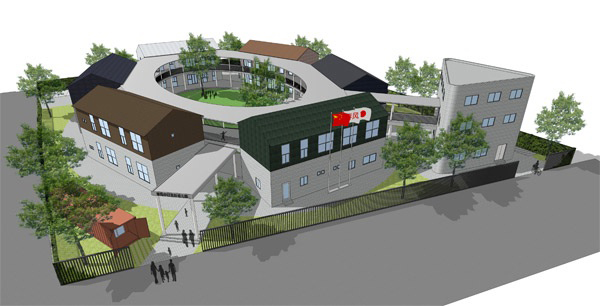 Finally, Mr. Sako has the following advice for students looking toward their futures: “The days when we could afford to live by competing solely in Japan are over. Today we have to compete on the world stage. One requirement for competing on the world stage is vitality, and to have that vitality, you need to go overseas while you are still young, place yourself in a difficult environment, make a lot of mistakes and learn from that experience. I have made many mistakes and faced some tight spots, but I can confidently say that I have learned from the experience. And even if you fail, as long as you have made an earnest effort, you can see a setback positively, as an experience that has made you aware of your weaknesses. So you shouldn't be afraid of making mistakes. I encourage you to take every chance to try yourself on the world stage.” 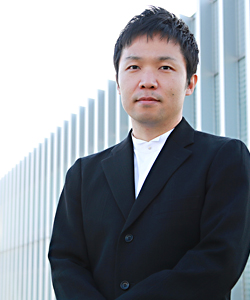 Currently, Mr. Sako has offices in Beijing, Tokyo and Fukuoka, and has undertaken more than 90 projects in China, Japan, South Korea, Mongolia, and Spain. He is also gaining attention for his wide-ranging activities that cross the traditional boundaries of architecture, including urban planning, interior design, and providing general direction in corporate branding and design strategies.