Tokyo Tech is home to a multitude of student clubs and associations involved in daily extracurricular activities, but none are quite like the Student Survey group. This group is made up of volunteers who collect students' opinions from all over the Institute, analyze the accumulated data to better understand the situation students find themselves in, and then compile a summary of recommendations put forth to Tokyo Tech management.

Student surveys first began in 2005, and are currently carried out every alternate year. The representative of the Student Survey group, 4th-year Physics student Yuki Kojima, recently submitted the results and recommendations from the 2016 survey to Tokyo Tech then-President Yoshinao Mishima. Kojima also kindly took time to explain the Student Survey in more detail. 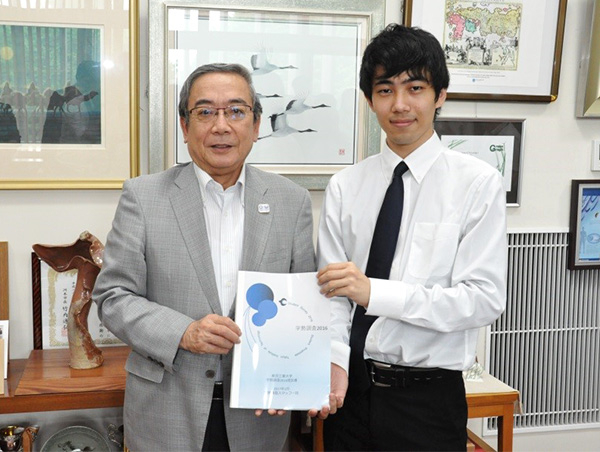 "I come to Tokyo Tech every day, but there were many things I did not know about the Institute. Having found the data from past surveys very interesting, I decided to participate in carrying out the survey myself," Kojima, one of eleven Student Survey staff members, explains. Many of these members are interested in acting as peer supporters and have a strong volition and long-term vision to change the Institute for the better. This year, eight student staff members compiled the survey, while eleven members were in charge of the data analysis and writing of the final recommendations. All participants volunteered their time for these activities.

The process before the students' proposal is submitted to management is a long one. However, the Student Survey staff members recognize its importance in terms of the feasibility of the proposed recommendations and requests.

The Student Survey group began planning the collection of data through questionnaires in spring 2016, and with the guidance of faculty and staff members at the Student Initiative Support Section, carried out the actual survey in fall 2016. A total of 1,794 students provided their opinions on a variety of topics.

After responses from participants are collected, a data team analyzes and graphs the results. Student volunteers then split up into a learning team and a services and facilities team to investigate and discuss the data further, after which they compile a draft proposal to Tokyo Tech management.

Once a proposal has been drafted, the Student Survey group holds campus meetings with various faculty and staff members who are involved in the Institute's management. During these meetings, the content of the proposal is shared, discussed, and polished to ensure that requests are achievable and reasonable for both sides. "This helps us clarify problems that may have been overlooked, and sheds light on the management policies and overall stance of the Institute," Kojima explains.

After the campus meetings, students compose a final draft of the proposal, considering both student voices and the future direction of the Institute as a whole. This proposal is then submitted to the Tokyo Tech president and executive vice presidents.

While effectively transmitting students' voices to Tokyo Tech management, this process also provides the Student Survey group with enriching opportunities to learn about the issues that the Institute is addressing, something that cannot be duplicated in the classroom. 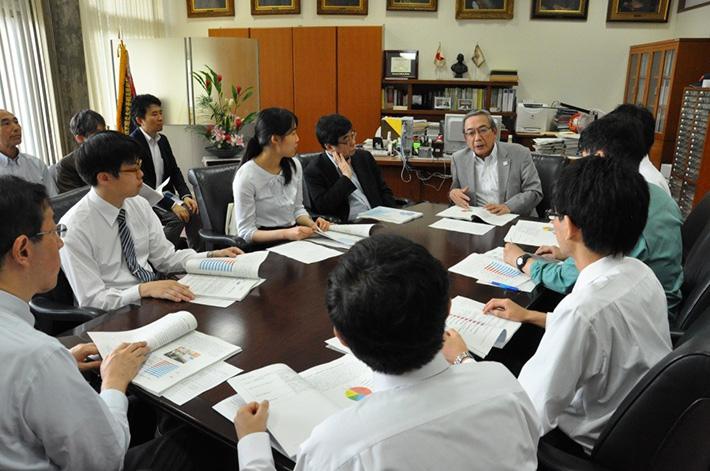 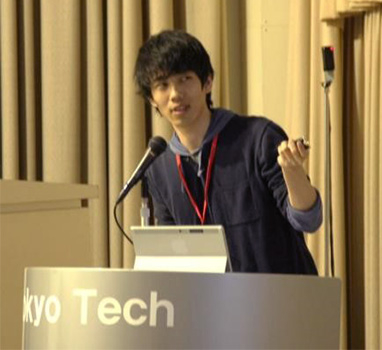 "Various reforms kicked in at Tokyo Tech in 2016, and as a result, the Student Survey also expanded, particularly in areas such as study abroad and job hunting issues. The survey was carried out just a few months after the new education system was implemented, so we tried not to focus too much on curriculum-related issues, some of which still need ironing out. Instead, we directed our energy into helping with the management of Tokyo Tech's new system through increased information sharing sessions and strengthened support for future graduate-level lectures in English."

"If you read the proposal, you will notice that it also includes snippets of the discussions held during campus meetings. These can help you understand why certain things at the Institute are currently a certain way, and why there is a gap between proposed changes and the status quo. Understanding this "why" has greatly deepened my overall understanding of Tokyo Tech, and I believe it will help students and management see eye to eye on many issues in the future."

Tokyo Tech is currently examining the implementation of various suggested changes in the 2016 Student Survey proposal. The public can view the management's responses to all student proposals online. Some proposals that have already been implemented include:

"The number of respondents to the Student Survey has increased, but we would like many more students to participate. This would ensure a wider variety of proposed changes. We also want more students to see that the Institute is positively responding to our suggestions," Kojima points out.

"I think universities must change with the times. However, even small changes in large organizations like Tokyo Tech can be difficult. It can be tough to make your voice heard. The Student Survey is an efficient way to share the diverse perspectives of the student body, and to mold Tokyo Tech into a more comfortable environment for everyone." 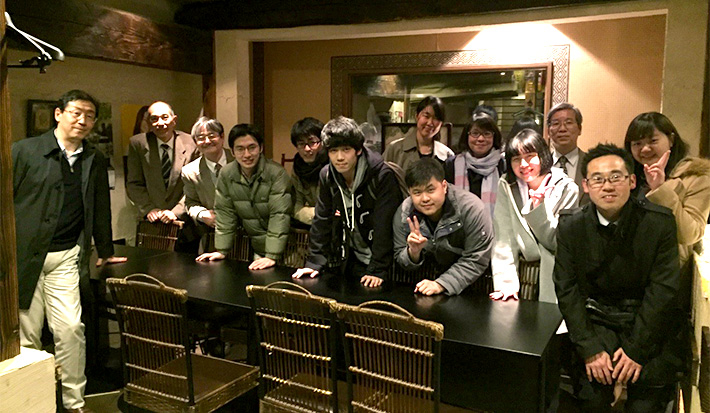