Outline of the Confederation of Four Universities

In March 2001, Hitotsubashi University, Tokyo Medical and Dental University, Tokyo Tech, and Tokyo University of Foreign Studies joined forces in academic collaboration by forming the Confederation of Four Universities with the aim of producing outstanding talent, and promoting interdisciplinary and multidisciplinary research and education. All four universities are located in Tokyo and feature a wide variety of academic disciplines. A special program based on the confederation was implemented, with the universities making courses unique to their respective academic disciplines available to students. The Confederation of Four Universities has boosted exchanges while enhancing educational programs in member universities.

Outline of the Confederation of Four Universities Lecture Series

The Confederation of Four Universities Lecture Series is an annual program featuring presentations by faculty from member universities. The 9th set of lectures in the series was given in 2014 under the theme of "Safe and Security" during which presentations on four topics in the fields of economics, anthropology, medical science and engineering were given. 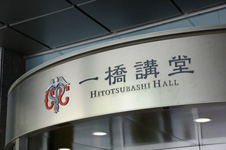 Toward a Safer Society

Three dimensions of disasters and safeguards - Economy, community, and politics 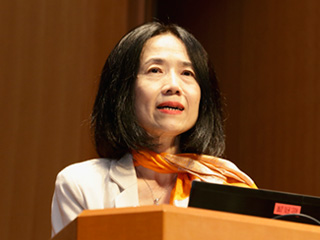 Professor Gotoh is a 1981 graduate of Hitotsubashi University's Faculty of Law. She held the position of assistant in the university's Faculty of Social Sciences and taught high school before entering the undergraduate program in the university's Faculty of Economics. After earning her master's degree from the Graduate School of Economics, Gotoh conducted research at the National Institute of Population and Social Security Research, and at Ritsumeikan University's Graduate School of Core Ethics and Frontier Sciences. In 2013, she joined Hitotsubashi's Institute of Economic Research as a professor. Her publications include Economic Philosophy of Welfare (Minerva Journal) and Economic Philosophy of Justice (Toyo Keizai Inc. 2002).

Both causality and contingency are intrinsic to risk. Prevention and after-the-fact compensation, therefore, should be the two halves of the whole of disaster countermeasures designed to mitigate risk. In reality, however, it is difficult to achieve communality of disaster countermeasures after the fact. This is because the disaster "has occurred" for some people, but for many people the disaster "has not occurred" This lecture discusses a three-dimensional concept integrating economics, communities, and politics in communal reciprocity for welfare involving each and every person.

The first dimension is economics. We can establish communal reciprocity by focusing on general acknowledgement of the rule that "All people will contribute if possible and accept help when needed" even though the "Amount of contribution (concern)" and the "Amount of concern received" will vary. The second dimension is community. Through our jobs (the production of goods and the provision of services), we engage in communal reciprocity by establishing relationships in which we take care of other people's loved ones and other people take care of ours. Politics is the third dimension. Here we are aware of a world of individuals who both accept and provide economic help within communities. Recognizing this allows us to more easily accept and contribute support. As the communal reciprocity of these three dimensions affect awareness and actions, these concepts hold the secret to achieving policies for both prevention and after-the-fact compensation. 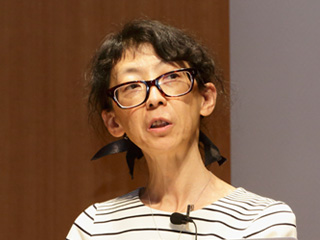 Research Institute for Languages and Cultures of Asia and Africa, Tokyo University of Foreign Studies

Born in 1961, Professor Kawai earned her doctorate from Kyoto University's Graduate School of Science. She joined the Faculty of Humanities at Shizuoka University as an associate professor, and then accepted a position as associate professor of the Research Institute for Languages and Cultures of Asia and Africa at the Tokyo University of Foreign Studies. Kawai assumed her current position in 2014. Her areas of interest are anthropology and East African agro-pastoral peoples. She is the author of World Body of Pastoralists Chums - Medical Field, and edited Anthropology in Real Life, Groups: The Evolution of Human Society and Control: Evolution of Anthropological Society among other works.

Kawai discusses the relationships between ethnic groups with a focus on the pillaging of livestock (raiding) that takes place among the Dodos, an agro-pastoral people in the north-east part of Uganda in Eastern Africa.

Dodos families are decentralized, living either in villages or at livestock camps. The former provide semi-permanent homes while the latter are moved frequently to protect, and maintain the safety of the group and its assets, their livestock, because the risk of pillaging increases if the camp remains in the same location for extended periods of time.

Because the Dodos and neighboring peoples do not consider it absolutely necessary to eliminate raiding, this important issue remains unresolved. The relationship between the ethnic groups in this region cannot be categorized simply as that of friend and foe due to the complexity of perpetually fluid interactions that reach across multiple groups. Understanding the lives of these people and their complex relationships requires a focus on the individual rather than the group in the processes of specific activities.

Genes that cause cardiac arrest and sudden death 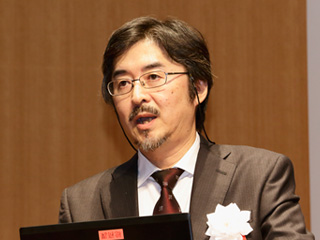 Born in 1953, Professor Kimura graduated from the School of Medicine of Kyushu University, and passed the National Examination for Medical Practitioners in 1978. In 1983, he completed his studies at the Graduate School of Medical Sciences (focus on internal medicine) and obtained a Doctor of Medicine degree. In the same year, Kimura joined the university's Medical Institute of Bioregulation as an assistant professor, and entered the Department of Immunology at the Institut Pasteur. Returning to Japan in 1986, he continued his research as an associate professor. Kimura accepted his current position in March 1995. His present focus is on human genetics.

Diseases that cause cardiac arrest and sudden death include hypertrophic cardiomyopathy, which causes the muscles of the heart to thicken, and dilated cardiomyopathy, which enlarges the heart. The causes of these forms of idiopathic cardiomyopathy are unknown, and both are as yet incurable. Hypertrophic cardiomyopathy may be thought a rare disease, but actually it is not. A study of ethnic groups from all over the world reveals that one person in 500 has this disease. This is inherited as a dominant trait, meaning that people in the same family are at higher risk of developing the disease. Careful family studies of patients suffering from dilated cardiomyopathy found that 20 to 30 percent of cases were genetically inherited. Recent studies have shown that idiopathic cardiomyopathy is caused by genetic mutation. He has learned how genetic mutation causes the heart to function abnormally, and his research group is developing treatments to reverse this process.

Some inherited diseases cause cardiac arrhythmias within families that lead to sudden death. This is called familial sudden death syndrome. Cardiac arrhythmia and sudden death occur because of abnormalities in the channel genes, which replace ions passing through the heart membrane. The cause of arrhythmia varies depending on the gene in which abnormality exists. Causes may be activities, sounds, medicine, or sleep. As a result, the treatment also varies.

Kimura's group is using genetic analysis to investigate the causes of as yet incurable diseases of the cardiovascular system and will continue research to help treat and diagnose these diseases in the future. 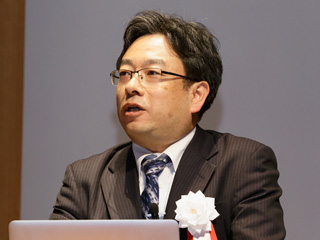 Born in Saga Prefecture in 1970, Associate Professor Matsumoto earned his doctorate from University of Tokyo's Graduate School of Science in 1998. In May 1996, he was awarded a research fellowship for young scientists by the Japan Society for the Promotion of Science. Upon completion of his fellowship in March 1998, he joined University of Tokyo's Graduate School of Medicine as an assistant professor, a position he held from 1998 to 2006. Matsumoto started his current work in December 2006. Recognition of his accomplishments includes the Japan Radiation Research Society Encouragement Award in 2005, the Tokyo Institute of Technology's Challenging Research Award in 2007, and a commendation for Initiatives for Atomic Energy Basic and Generic Strategic Research from the Japan Science and Technology Agency in 2011. His research field is molecular and cellular radiobiology.

How does radiation affect the human body? While radiation causes many types of damage to living DNA, the worst of these is a double-strand break in the double helix, which is a major cause of problems that develop as a result of exposure to radiation.

Matsumoto investigates the effect of a double-strand break on cells, and looks for ways to protect those cells specifically and the body as a whole. While human cells have the capability to repair a double-strand break in DNA, extensive damage interferes with this ability. As a result, the cells kill themselves to prevent cancer and repercussions to offspring.

This process starts with the cell becoming aware that its DNA has been damaged. When a double strand break occurs in DNA, a new "end" of the DNA is created. First, a Ku protein binds to the end of the DNA, followed by the binding of a DNA-PKcs protein. It is thought that the DNA-PKcs modulates its functions by attaching phosphoric acid to the various proteins. Even after many years of research around the world, however, it is still not understood why DNA-PKcs attaches phosphoric acid, where it attaches, or to which proteins. Matsumoto's research group is focusing specifically on the XRCC4 protein, which is involved in the reaction for the final connection of the double-strand break in the DNA. The group is confident that an understanding of this will open up opportunities to improve radiation therapies for cancer.

Toward a Safer Society

Sharing research findings with the general public is one of the missions of higher education, and the Confederation of Four Universities will continue to exploit the characteristics of each member's expertise to bring significant new insights to various social issues.