The gentle way to toughness 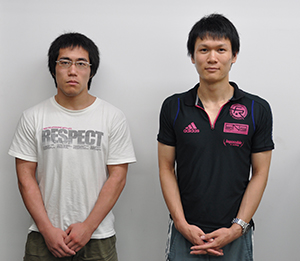 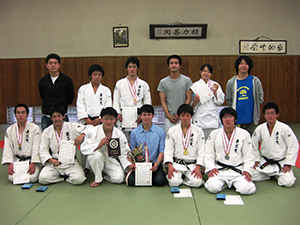 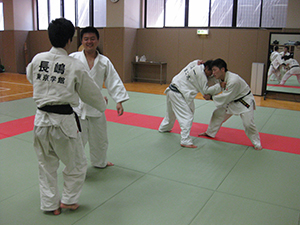 The word "judo" can have several meanings, including "the gentle way." But as any practitioner of this martial art knows, gentle it isn't.

"Practicing and competing in judo is tough," says Yuto Takei, a fourth-year student in the Department of Mechano-Aerospace Engineering and the captain of Tokyo Tech's Judo Club. "As well as being physically tough, it requires mental toughness, because you are competing individually against an opponent who wants to beat you, just as much as you want to beat him."

The Club — which celebrated its 100th Centenary in 2007 — sets an intense practice schedule for its core members: they meet four times a week for periods of two hours. "If you don't practice regularly, you become weak and will lose in competitions," explains Takei, who has been practicing judo regularly since his elementary school days.

But he emphasizes that the Club also welcomes those with a more casual interest in the sport, whether experienced or beginners; overseas students in particular are encouraged to join and learn about this home-grown Japanese discipline.

During a typical year, Club members compete in as many as seven tournaments. They have won two team events already this year, including a competition held between Tokyo's national universities — the first time Tokyo Tech has won this prestigious competition. The next tournament in September features individual events against opponents from both private and national universities in Tokyo.

"In these competitions, you compete against opponents in your own weight level," says Yasuyuki Maekawa, a third-year student in the Department of Mechanical and Intelligent Systems Engineering. "I suddenly got the urge to try it one day and now I can't stop. If I did, I'd grow weak."

For Takei too, judo is much more than a sport. "It's become a part of my life, a discipline, something I will always practice. Even when an opponent is stronger than me and beats me, it helps me to understand my own ability and to improve it."