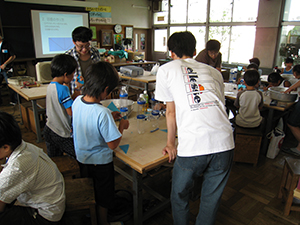 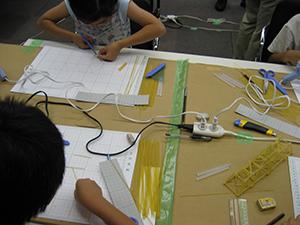 Young people today are showing less interest in science than in decades past. Tokyo Tech Science Techno (SciTech) club is working to reverse this trend, catching the interest of children while they are young by demonstrating that science can be lots of fun.

Members of the 25-strong SciTech group meet weekly to discuss which aspects of science they can present in interesting ways to elementary school children. Once or twice a month some ten members will visit a school or culture center in Tokyo or the nearby Kanagawa prefecture, to give a presentation to as many as 20 children, then get them involved in a connected hands-on project.

Shintaro Nakagawa, a third-year Tokyo Tech science student joined the group in his first year at the university, primarily because he knew an existing SciTech member from high school. He found the challenge of presenting science in a stimulating way to young minds so rewarding that he eventually became the group's leader. 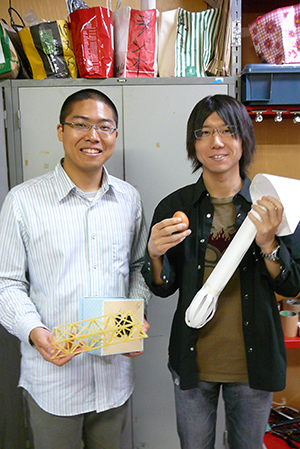 Nakagawa demonstrates various hands-on projects that the club has had success with, including a pinhole camera, a simple telescope and bridges made of pasta and glue that teach elements of engineering design. "A pin-hole camera is easy to make," he says. "All you need is a small cardboard box containing light-sensitive paper and a pin hole. When light enters through the hole from a lit object in a darkened room, it forms an image of the object on the paper."

To reach wider audiences, the group holds a popular egg-dropping contest during the university's open campus festival. Families and groups participate to see who can come up with the best design to protect an egg dropped onto a target from four stories high, and prevent it from breaking.

Club member Norikazu Sugiura will take the helm next year. He sums things up by saying: "I like children and want to become a teacher. So participating in this club is very enjoyable."