Department of Electrical and Electronic Engineering, School of Engineering 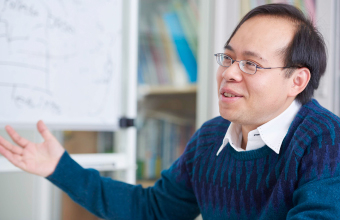 "While technical innovation in conventional semiconductor technology is approaching its limit, an emerging technology, spintronics, can open new paths to further development. In spintronics, the spin degree of freedom of electrons1 is utilized in addition to their charge. This will create new semiconductor devices that exceed the limitations of conventional ones,"Associate Professor Pham Nam Hai, a Vietnam native, explains in fluent Japanese.

Research on spintronics has attracted worldwide attention since its birth in the late 1980s. Semiconductor materials like silicon, which are nonconductive under ordinary circumstances, can be modulated to conduct electricity by adding impurities. This makes them useful in integrated circuits and optical communication devices. In contrast, the electron spins, when aligned, generate magnetic force in ferromagnetic materials. This property is applied to hard disks and other non-volatile data storage devices, meaning they can store information without electric power.

Pham continues, "Semiconductors used in electronic circuits are intermediate between conductors and non-conductors, an important characteristic that can be used to make electrical switches. In contrast, the non-volatility of electron spins is found in transition metal ferromagnets such as iron, cobalt, and nickel. In other words, the electronic circuits that process information and the media that record information are completely different subjects from the viewpoint of materials. In order to combine the different characteristics of semiconductors and ferromagnets, it is necessary to replace some atoms that comprise semiconductors with atoms that have a magnetic moment2 and provide magnetic force. This creates a new kind of material, called a ferromagnetic semiconductor, which is the main subject of the field of semiconductor spintronics. If ferromagnetic semiconductors come into practical use, a paradigm shift in semiconductor technology can happen, allowing new high-performance and energy-saving devices."

"Because so many researchers had given up further research on ferromagnetic semiconductors, I felt this would be a chance for me. Fortunately, since I was engaged in a completely different research topic, I did not stick to common beliefs that many researchers in the field shared. I revised the standard theory from an outside perspective to identify the reasons why n-types could not be made," Pham points out.

"Because I was engaged in research on semiconductors, I found it necessary to revise the standard theory. Therefore, I considered a new design methodology to solve those three problems as I started my research. In 2012, I finally succeeded in making an n-type ferromagnetic semiconductor — something that did not, in theory, exist at that time."

Design methodology through trial and error 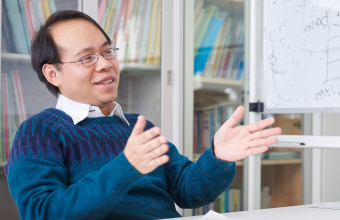 Pham speaks as if he overcame the huge problems without breaking a sweat. In reality, of course, he experimented tirelessly.

The work Pham published in 2012 revolutionized the approach to ferromagnetic semiconductors. Still, many researchers rejected it out of hand. He pressed forward, however, and repeated experiments to accumulate results until he proved his approach. 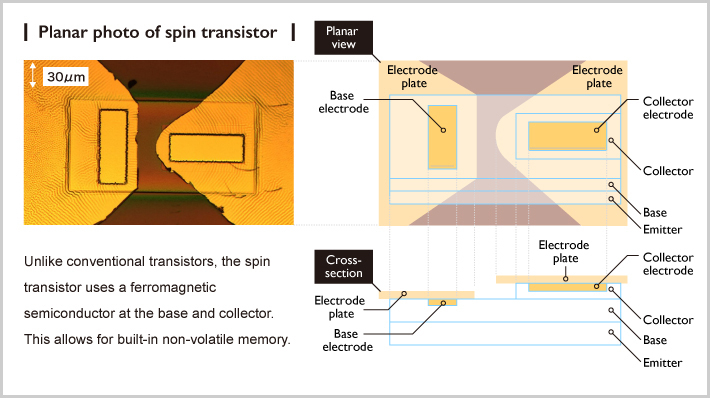 Pham came to Japan in 1999 after graduating from a high school in Ho Chi Minh City, Vietnam. While many universities and research institutions in Asia, particularly in Singapore and Hong Kong, were using English for research purposes, Pham had his eyes set on Japan, despite not speaking the language.

He explains, "I had not studied Japanese at all. However, because Chinese characters were once used in Vietnam, I could understand their basic meaning, and so I really didn't have much trouble getting to grips with the language. Beyond that, I really liked physics and wanted to be involved in cutting-edge research activities. Although I thought about studying in France and Australia, I had high-quality electric products made in Japan all around me, and I felt confident that the country would give me a chance to study at a high level. Japan also has a 100-year history of basic research in physics. Of course, other Asian universities have rapidly advanced, but I still believe that Japanese universities have an edge in terms of the depth of basic research and education."

Relieving stress through his "home-made equipment"

He explains, "In order to be able to conduct experiments, we need large equipment that carry a hefty price tag. Japanese universities, however, have systems that enable them to work with vendors in order to create new equipment quickly. In my case, I can purchase parts and assemble equipment with students. This helps to reduce costs."

In fact, designing his own equipment for experiments is one way that Pham blows off steam. Working together with students, he identifies specifications for specific experimental needs, creates designs to meet those needs, and actually constructs new equipment by himself. This is a way to lift everyone's mood when research stagnates.

Having spent 18 years in Japan, Pham leaves us with two more thoughts. "There are many excellent students at Tokyo Tech and other universities in Japan. If students continue improving their ability to express their own ideas, have strong convictions, and continue their research with integrity, their abilities as researchers will increase dramatically. As researchers, they must also achieve a high level of English proficiency. I always recommend that students use English as much as possible during their research activities."

"Although Vietnam is a developing economy, we do not yet have sufficient human resources. I try to talk to students in Vietnam every time I return, and recommend them to study in Japan. This is, I believe, another important role for me as I attempt to contribute to both countries in ways that extend beyond my research."

A vector expressing magnitude and direction of magnetic force.

The temperature above which ferromagnetic materials lose their permanent magnetic properties.

A semiconductor that has high electron mobility, often used as a component for magnetic and infrared sensors.