Department of Civil Engineering, Graduate School of Science and Engineering

Simulating the Water Cycle of the World as a Whole

The Earth is often described as a planet of water. Water is indispensable for organisms including humans, and that is why NASA tries to establish the existence of water when they search for extraterrestrial life on other planets and celestial bodies. You have probably heard numerous reports of various global crises associated with water as well. Professor Shinjiro Kanae teaches and conducts research in the Department of Civil Engineering with a focus on fresh water, which is necessary for our daily lives. He originally specialized in river engineering or river water. In terms of civil engineering, river water calls forth images of the construction and reinforcement of river banks and dams, but there is much more to it than that. 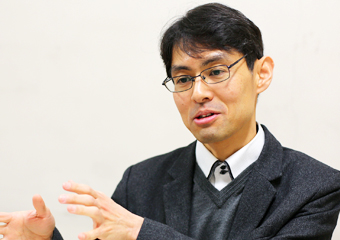 "Water for a river sometimes comes from rain and sometimes from snow. Natural disasters attributed to global warming, such as the unprecedented floods in Thailand and the UK, and the record-breaking heavy snow in Japan this year, are occurring more frequently around the world in recent years. We are doing research associated with such disasters."

One of Kanae's main tools is large-scale simulation based on information obtained from field surveys and satellite remote-sensing. For example, let us imagine calculating the risk of flooding for all the rivers in the world. First, suppose we set the information for the catchment area of a river to one hundred to several hundreds of kilometers in scale. Then, geographical information in 1km units captured by mesh segmentation is entered into a simulation. Even for the calculation of the flooding of rivers on a global scale, this level of detailed geographical information is necessary.

Although Kanae is primarily and widely known as a river specialist, his research is not limited to rivers, but also includes various fields such as food and renewable energies. However, his scientific roots as a researcher originally go back to the field of civil engineering. How did Kanae get to where he is now?

Upon reflection, he believes it all started when he picked up a book about the state of the global environment in a bookstore when he was a high school student.

"This was the time when concerns about the global environment started to gain attention. As I began to read some of those books, I became shocked and said to myself, ‘We are in big trouble!’ Today, environmental problems are discussed even in middle and high schools, but at that time there were almost no university faculties or departments with the word environment in their names." 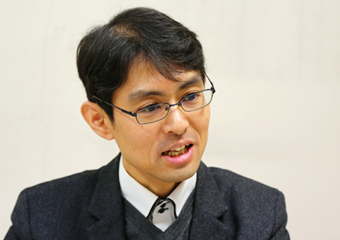 When he entered Natural Sciences I at the University of Tokyo after graduating from Nada High School, Kanae had almost no interest in either the environment or civil engineering as a major. However, after he entered university, he became more interested in these subjects as he read more books on the environment. Then he started to worry about the three alternatives he had when he went on to specialized coursework.

"I wondered which way I should go, the Department of Civil Engineering or the Department of Geophysics (Earth and Planetary Sciences), or even the Department of Forestry in the Faculty of Agriculture which is an unusual choice for students in Natural SciencesⅠ. Finally, swayed by a photo of the Kachidoki Bridge in a civil engineering brochure, I decided to enter the Department of Civil Engineering. In the end, I became a researcher of rivers flowing under bridges [laughter]." Kanae smiles with an embarrassed look on his face. The Kachidoki Bridge over the Sumida River is known as one of the biggest bascule bridges in Japan. When he saw the rounded shape of the bridge, his tuition told him that, "Anyone who can create such a beautiful object can't be bad!" His decision was cemented.

As a matter of fact, there is a sequel to this story."Nowadays, I stay in contact with people every day through email. In addition to civil engineers, many of them are in geophysics or agriculture. So, regardless of the other routes I could have taken, I would have arrived at almost the same place I'm at now."

To the Next Stage

Kanae went on to graduate school at the University of Tokyo, which meant studying at the Institute of Industrial Science then located in Roppongi, for his master's program. Afterwards he completed a doctoral program in the Department of Civil Engineering at the University of Tokyo, and was promoted to and employed as an assistant professor at the Institute of Industrial Science. In 2003, he was assigned as a leader of the 5th project of the Research Institute for Humanity and Nature in Kyoto and spent all his time going back and forth between Kyoto and Tokyo for about three and a half years. 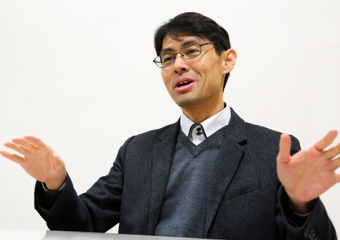 "At the busiest time, I made round trips between Tokyo and Kyoto three times a week [laughter]." He still loves Kyoto because the old plans and facilities of past civil engineers continue to play a major role in the city landscape. Every now and then Kanae makes one-day trips to Kyoto during the cherry blossom season or on other special occasions. "When looking around the streets of Kyoto, I am reminded that civil engineering designs time and space that can last a thousand years into the future."

After completing his assignment period, Kanae left Kyoto and returned to the Institute of Industrial Science at the University of Tokyo. He was then assigned as an associate professor to the Graduate School of Information Science and Engineering at Tokyo Institute of Technology (Tokyo Tech) in 2009 and took on his current position in 2013. He is now planning new research themes aiming for breakthroughs in his new lab.

Kanae also maintains his interest in the environment. The Working Group II's report, Vol. 2, the latest report prepared by the Intergovernmental Panel on Climate Change (IPCC), was approved at the 38th IPCC General Meeting held in Yokohama in March 2014. Chapter 3 of Vol. 2 is the chapter on freshwater, Kanae's speciality field. The fact that Kanae's papers are frequently cited gives him considerable motivation. Meanwhile, he considers having relationships with troubled sites in Japan and abroad so important that he has joined the site inspection team for Izu Oshima Islands after the 2013 landslide disasters.

Civil Engineering: A World that Bridges the Arts and Sciences

Kanae has been walking a straight line in the field of civil engineering ever since he was a university student. However, he notes that the subjects in the field have been changing bit by bit.

"The term civil engineering often gives the impression of humble work, such as dam construction. However, in fact, the percentage of internationally active persons who majored in civil engineering is very high. They share their expertise not only through technological assistance for development and environmental preservation in developing countries, but also make contributions in many areas of civil planning beyond the purely technical. The work of civil engineers also includes the rehabilitation of aging infrastructures and the restoration of nature in industrialized countries. It is a field where you can be extremely active in cutting-edge developments on the international stage. It is also one of the most suitable fields for those who want to extend and utilize their expertise internationally in the future." 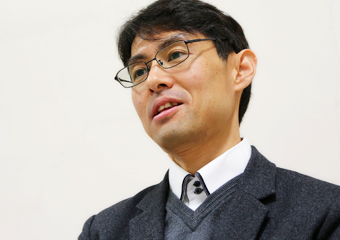 There is one final thing Kanae would like to say to students. "As you know, the School of Engineering at Tokyo Tech has introduced an AO exam (Admissions Office entrance exam) in addition to the regular entrance exam. I would like students who studied the arts in high school to also come to Tokyo Tech. In order to develop infrastructure, persons who can compute formulas are necessary of course; however, in addition to technology, aspects grounded in the arts such as regional comprehensive planning and the analysis of human behavior are also very important. The work of civil engineers is positioned between the arts and the sciences by its very nature. In the future, a new subject that cannot be simply categorized into either the arts or the sciences could still emerge. I strongly hope that students who have a wide variety of interests will enter the world of civil engineering by taking advantage of the AO exam." 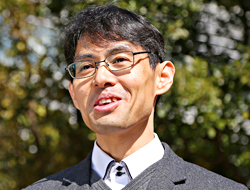