In recent years, we often hear the term sustainability when discussing environmental issues. This word symbolizes our hope of preserving human prosperity while maintaining a globally sound environment for the future. With the aim to "provide the knowledge we need to tackle the most urgent challenges of the 21st century related to global sustainability," an international, collaborative research initiative, Future Earth[1], is stepping up its activities in 2014. What kind of difference is Future Earth trying to make in terms of environmental measures? 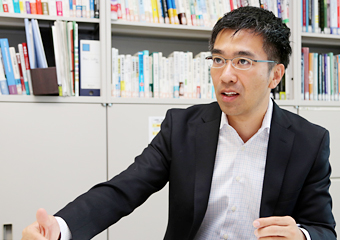 In order to realize human prosperity on Earth, economic activities and development are essential. However, hasty economic development results in environmental degradation such as air pollution and overflowing waste disposal plants. In other words, this theory indicates that economic development and the protection of the Earth's environment stand in opposition to each other. On the other hand, the fundamental idea of sustainability is that we can achieve a good balance between the two if we reconsider our economies based on mass production and mass consumption and shift to environmentally friendly economic activities.

"Having said that, when we look at the reality of tackling various issues related to the Earth's system and human prosperity, such as climate change, mass extraction of natural resources, and also at other global issues such as poverty and the financial crisis, it appears difficult for each academic discipline to lead problem resolution in its individual field. In light of this situation, Future Earth offers a comprehensive approach grounded in transdisciplinarity as the last resort."

Kanie, who himself plays a major role in the project, utters these words even more powerfully.

Protecting the future of the Earth with a fusion of methods from the social and natural sciences and from practice, without the constraints of political power, is imperative.

Originally, four international research initiatives[2] were developed to counter change in the global environment. Kanie himself has been involved for a long time in one of the programs, the Earth System Governance, a core project of the International Human Dimensions Programme on Global Environmental Change (IHDP), which focuses on political science and international relations. Kanie still plays a key role in the project. There were other initiatives which tried to coordinate various programs extending beyond the natural and social sciences. However, as each program had its own committee and own plans for activities, they met with little success. Against such a background, in June 2012 at the United Nations Conference on Sustainable Development (Rio+20), Future Earth was launched as a ten-year international research initiative. 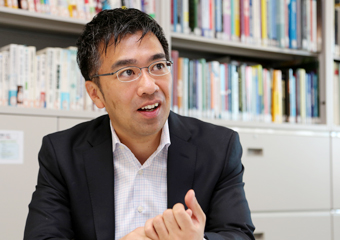 Future Earth aims to coordinate different fields, such as the natural and social sciences, engineering, and the humanities, as required to provide scientific knowledge for its work. It promotes planning through the collaboration of academia, governments, industries and civil societies in all regions of the world, co-designing and undertaking collaborative production activities or co-producing. It takes a completely different approach from conventional measures such as the Kyoto Protocol and the Conference of the Parties (COP) that are prone to be affected by national policies. This method, called transdisciplinarity, is highly respected all around the world as a concept that coordinates bottom-up ideas from a wide range of science communities as well as international environmental projects in a policy-oriented manner.

Another initiative that Future Earth has taken up as a flagship activity is Sustainable Development Goals (SDGs). This agenda was developed at the United Nations Conference on Sustainable Development (Rio+20) in 2012 to be taken up after the Millennium Development Goals (MDGs) expire in 2015. Kanie, here again, was appointed as the project leader for the Project on Sustainability Transformation beyond 2015 by the Ministry of the Environment, and is now working hard on compiling reports in order to contribute to the Post-2015 Development Agenda's international development goals after 2015.

"In contrast to the Millennium Development Goals which focus on the ‘now,’ we put a time dimension in the Development Goals and pursue system building that can be used in the future. We will create transdisciplinary communities that put the social and natural sciences and practice together, that proceed with monitoring, and that will take action after optimum methods have been selected. I understand that my mission is to harmonize the Sustainable Development Goals with the direction Future Earth is taking."

Allocation is the Key to Solving the Issue of Poverty

Kanie spent two years in Jakarta, Indonesia as a third and fourth grader in elementary school due to his father's work as a university professor. He points out that his experiences from that time considerably affected his philosophy later on in life. 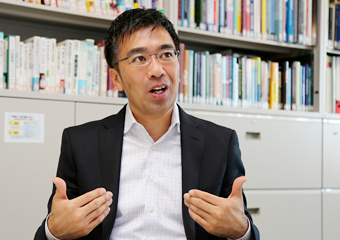 "It was comfortable in the residential area where we lived and my father's acquaintances and neighbors were all gentle and sincere. However, once we left the premises, people did their washing in a dirty river while others used it as a toilet. The gap was quite a shock for me."

This kind of poverty is a critical environmental problem. The Eradicate Extreme Poverty and Hunger campaign has the highest priority out of the eight Millennium Development Goals.

For example, if global warming progresses further and rainfall patterns change more, people in developing countries who live in drought-prone lands may fall victim to ever more severe situations. If they cannot harvest in the areas where they should be able to harvest, the risk of starvation will drastically increase. Kanie thinks that this issue should be included and further developed in the new Sustainable Development Goals.

"As research advances, we encounter allocation issues in numerous situations. We encounter poverty and disparity. On a global scale, there is a sufficient amount of water and food, but they are not sufficiently distributed in some areas. In order to pursue a sustainable future, we need to change our social systems."

The Millennium Development Goals adopted commonly agreed upon goals. For example, they agreed to halve the proportion of people whose income is less than 1 US dollar a day between 1990 and 2015. As a result, many industrialized countries transferred technology and extended financing to developing countries among other things. Kanie thinks that by sharing this know-how, it may be possible to accelerate resolutions to problems, something that otherwise could not be achieved by political negotiations alone.

"After all, I guess it is now high time for change to overcome the crisis that the Earth system and the Earth mechanism are carrying. There are currently many issues that need to be addressed before it becomes too late. We are aiming to solve these issues from the view point of governance." 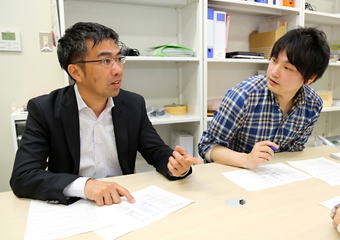 A front-runner in regarding the environment as essential for social and economic development, Kanie is actively working around the world to promote Future Earth. Lastly, Kanie has the following words for students who would like to follow in his footsteps in the future.

"I am certain that the next ten years will be a turning point for change in the system surrounding environmental problems. I think the younger generation today, having grown up in the world with an awareness of the environment, has the potential to create new ideas with a flexible mindset. I would like them to believe in their own ideas and to develop groundbreaking methods. One more thing I would like to say to them is not to forget ‘to do research with your own feet.’ If you come to a dead end, make sure to go to the field and see the problem directly. The clue to solving problems is found somewhere in the field in most cases." 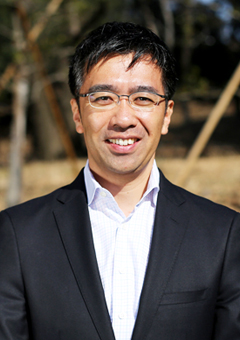