All the cells in our body are derived from a single genome. But their functions are differentiated as a result of genetic instructions. Professor Hiroshi Kimura works to understand the mechanisms of this differentiation.

The on-off switch of gene function

The human body is made up of approximately 30 trillion cells. Although the individual cells that make up the heart, nerves, skin, and other organs vary in shape, size, and function, they all originate from one fertilized egg. All cells actually have the same genome.

But if all cells share the same genome, why do they specialize? Cell differentiation takes place because each cell can receive different instructions from the genome. Genes undergo activation and inactivation, getting expressed as necessary at the right place, time, and amount. One of the systems that controls the activation of genes is the epigenome. With the prefix "epi" meaning "in addition to," the epigenome acts as information in addition to the genome. Hiroshi Kimura is working to uncover the mechanisms that control the epigenome. 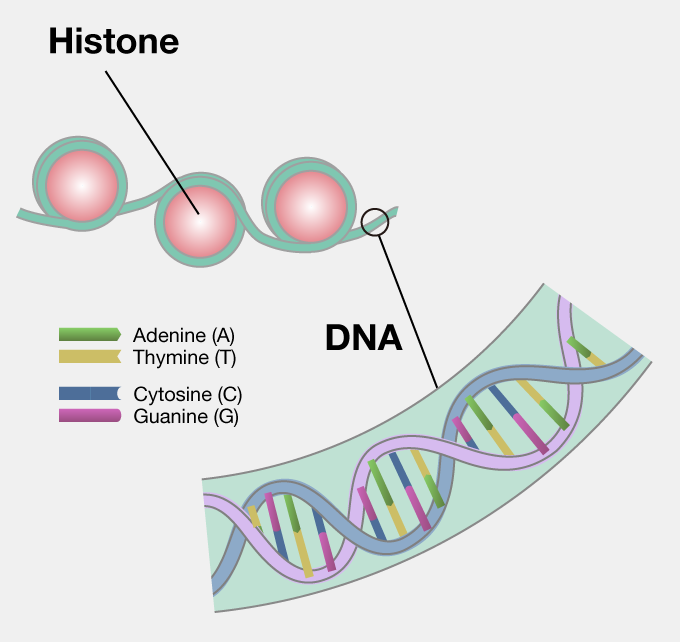 A genome consists of DNA contained in a cell nucleus. DNA is composed of two chains of four nucleobases, adenine [A], thymine [T], guanine [G] and cytosine [C]. The two chains coil around each other to form a double helix. A-T and G-C are the base pairs in the double helix structure, and the sequence of the pair of the nucleobases determines the genetic information. Human DNA stretched to its full length would be 2 m long. However, the DNA in a cell is ingeniously coiled around proteins called histones and fit into the cell nucleus, which has a diameter of just 0.01 mm.

The base sequence in a gene is read, copied, and transcribed into mRNA. mRNA serves as the necessary information to form a chain of amino acids, a process known as translation.

Active genes are transcribed to produce mRNA, while inactive genes are not. At the fundamental level, gene expression is controlled by DNA sequences and the proteins that bind specific sequences. But it is also known that special "tags" get attached to parts of the DNA and histones to tune the expression of genes. These special tags come in the form of atom groups1 such as methyl and acetyl groups. The act of attaching a methyl group is called methylation, while adding an acetyl group is called acetylation. When the regulatory region of a gene, such as a promoter or an enhancer, is methylated, the gene is inactivated. When the methyl group is removed, the gene can be activated. Genes are similarly inactivated when a part of a histone is methylated, and activated when a part of a histone is acetylated.

Thus, the epigenome encompasses these DNA and histone tags that activate or inactivate genome functions.

Kimura explains, "Differentiation of stem cells2 into skin, heart, and other cells depends on changes in the epigenome. Controlling the activation of gene function by controlling DNA and histone modification would revolutionize regenerative medicine and the treatment of disease. However, the mechanisms involved are extremely complex and still not fully understood."

The first step to understanding the mechanisms of the epigenome is "observation". In the past, researchers observed cells under a microscope. Determining the location where chemical groups attach to DNA and histones is also important; however, observing their movements was not possible.

Researchers have created a method that enables observation of some proteins in living cells by adding fluorescent proteins3. Yet, due to the small size of methyl and acetyl groups, they cannot be combined with fluorescent proteins. In addition, depending on the site of the histone being methylated, gene regulation may change. Specific functional sites need to be identified, but a method to do so had not yet been established.

Kimura decided to use antibodies to detect the chemical modifications at specific sites of histones in living cells. Antibodies are produced in vivo in reaction to specific pathogens, interactions known as antigen-antibody reactions. Kimura recollects, "I started by making antibodies for histones whose specific sites were methylated or acetylated. I then considered the potential of adding fluorescence to the antibodies and putting them in nuclei. The antibodies react to methyl and acetyl groups in the nuclei, and this tells us the precise location of the methylated or acetylated sites of the histone. With fluorescent antibodies, the dynamics of methyl and acetyl groups can also be observed." 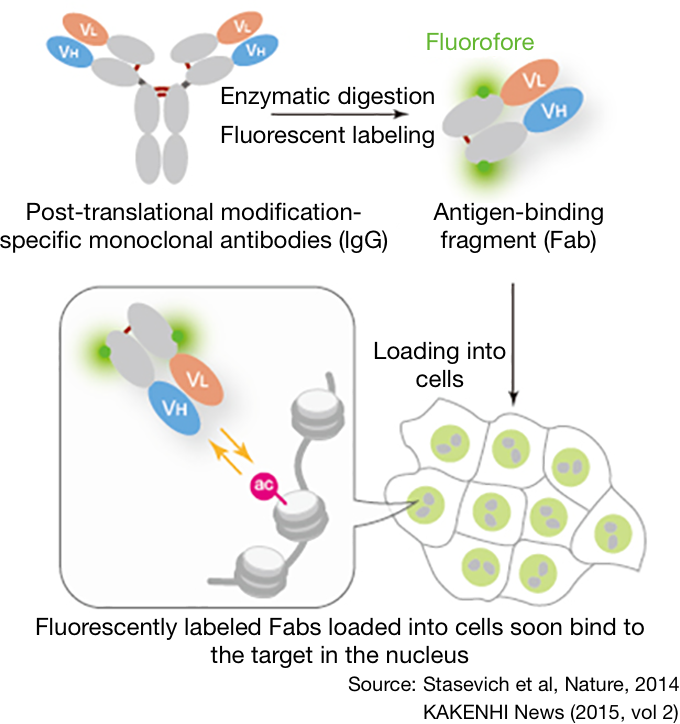 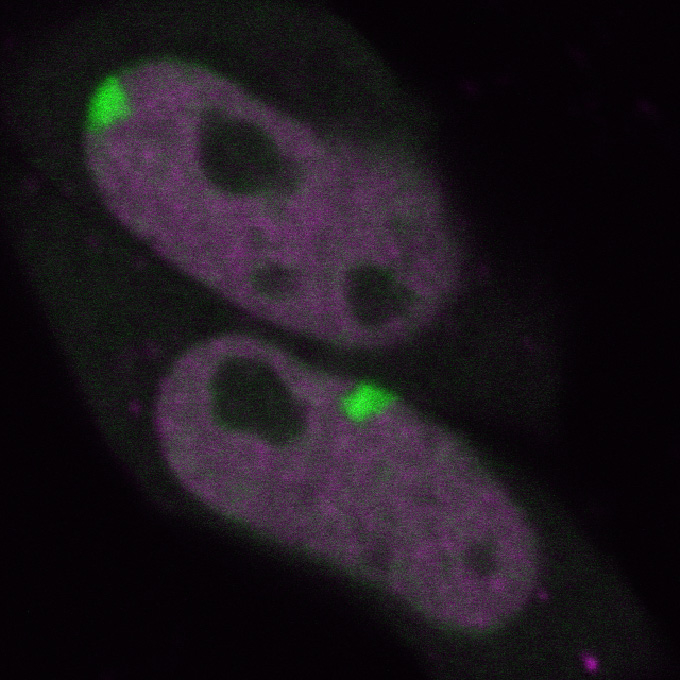 Antibodies are too big to enter nuclei, in fact. Therefore, Kimura trimmed the antibodies to small fragments and loaded them into cells and fertilized eggs.

However, this method required loading antibodies into cells for each experiment, a requirement that took both time and energy. To address this, he created genes encoding antibody fragments fused with fluorescent proteins. This allowed the generation of mRNA and the fluorescent antibody fragments in cells. This genetically encoded system alleviates the requirement of loading antibodies into cells each time.

Kimura currently applies this method to animal cell cultures and fertilized zebrafish eggs. He then carefully observes the changes in histone modifications associated with development and differentiation, and in response to external stimuli, aiming to elucidate the mechanisms controlling gene expression. 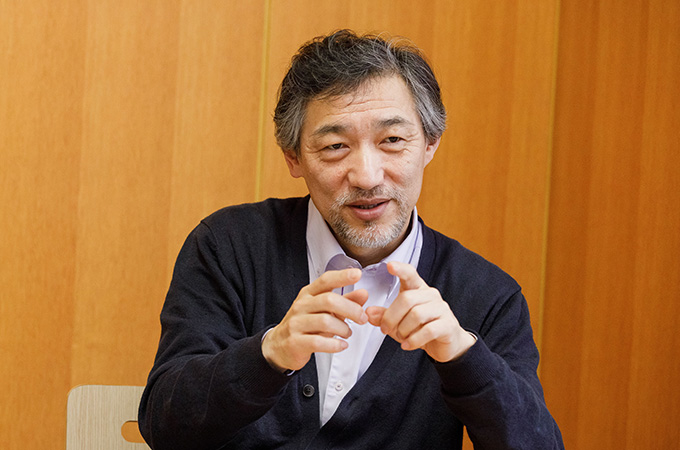 "I chose to enter the field of cell biology because in my student days I was attracted to the universality of the central dogma4, the principle of life. Now a wide variety of researchers are involved in the study of the epigenome. Some are trying to produce organs from iPS cells and other stem cells using epigenome editing. In my case, I want to understand the fundamental mechanisms controlling gene expression, and to do so, we are developing imaging technology. This technology will take us in new directions and expand our research. Although there is fierce competition in the field, developing our own technology helps us to avoid this, and it allows me to do research at my own pace," explains Kimura.

In graduate school, Kimura had a bitter experience that led him to his unique style of research. "I was in a project that wasn't going well, a complete dead end. The experience convinced me that, when pursuing a goal, you will not get meaningful results unless you apply innovative ideas. When you test a wide range of ideas, most of them will fail. But there will also be rare occasions where things go well. These experiences grant us great confidence. Using the technology we have developed, in the near future I hope to capture the full picture of epigenetic modification," says Kimura.

At the end of the interview, Kimura was asked what advice he has for students interested in becoming researchers.

"Nowadays, many students seem pessimistic about their future. They worry about not being able to find a job, or about research budgets being too small. To these students, I say be more optimistic. As long as you do what needs to be done, results will naturally come. The job you want will come. So don't worry too much about the distant future and get overly cautious. Continue pursuing the research that you believe in, and eventually the right path for you will open. This applies not only to research, but to everything in life."

The human body continuously creates cells to maintain health. Stem cells act as a supply source for the cells. There is a wide variety of stem cells, each thought to form different organs. Hemopoietic stem cells, for example, are responsible for creating blood cells. Embryonic stem cells can become any tissue or organ such as blood, bones, skin, and brain. In addition, iPS cells are cells artificially made multipotent and which have nearly the same characteristics as embryonic stem cells.

The central dogma is the basic principle of molecular biology developed by Francis Crick, one of the scientists that discovered the double helix structure of DNA in 1958. The central dogma explains that genetic information in all living creatures is passed from genome DNA (copied), transcribed into mRNA, and then translated into proteins. However, the discovery of synthesis of DNA from RNA in 1970 and other discoveries have modified this original concept. Attempts to clarify the concept of the central dogma remain very meaningful, though, as advanced studies on gene expression have led to various discoveries, such as mRNA and tRNA. 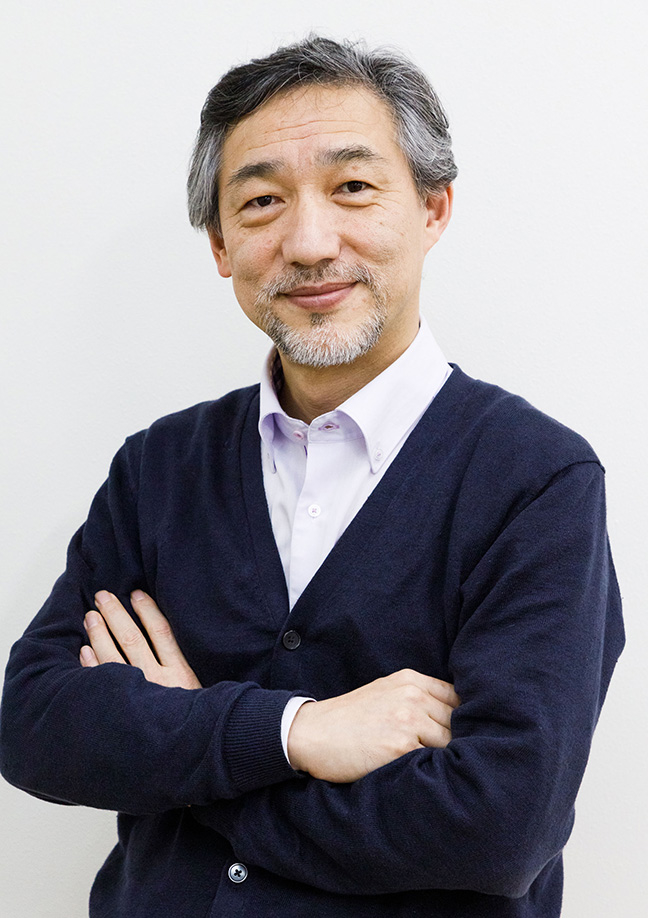